Evelyn's Reasons Why You Shouldn't Travel to Anywhere Except the Store

Submitted for Contest #83 in response to: Write about someone who books a bargain vacation, only to be told when they arrive that they need to share a hotel suite with a stranger.... view prompt

Note to Reeders: It took me a lottttttt of research about these things to do this story, so enjoyyyy!

Volunteering at a Bolivian animal sanctuary I saw all kinds of monkey bites and scratches. It was common for backpackers to show off their fresh wounds at the end of each day. But no one had a story like this…

The weekly volunteer party got out of hand (the night before). Those with the appropriate big-animal training didn’t wake up or sign in to the morning’s meeting. I was there. Hungover, but there.  So, I agreed to help out with the puma (even though it normally requires months of training and animal integration/familiarity).

After an hour of trekking through the jungle, one of the team members and I reached the puma’s enclosure. The huge cat growled at me with a distinct sense of dislike. But that didn’t stop us from continuing our task. We entered the caged area, attached two ropes to the puma’s “collar” and begun to walk him through the jungle.

The puma, completely unpleased with my intrusion, stepped forward hesitantly. After only a couple of minutes, he stopped, looked back at me and growled directly into my eyes. I watched helplessly as the puma leaped 10ft into the air towards me. In a split-second, his powerful legs wrapped around my waist, arms wrapped around my throat and fangs pressed into my forehead.

I heard my team member scream. But I couldn’t move. Completely still, I assumed the worst. Yet, somehow it felt completely natural. The circle of life. The scream faded as I began to lose consciousness. Then, all of a sudden, I was released. The animal let me go and stepped backwards.

After swearing profusely, my team member yelled “stick your palm out towards him”. For some reason, I did.  The huge cat stepped back towards me and licked it. And, that was it. He knew that I knew, who was king of the jungle. After that we were friends.

Volunteering with animals is a great way to give back while you eco travel. Just be sure to pick places with adequate training if you don’t want to have bad travel stories like mine!

We were just about to take a final stretch of country road and head onto highway 1 for the next leg when we saw something in the road ahead of us.

It was up ahead of Jon and it was the kind of thing you couldn’t really tell what it was until you were right on top of it. In an instant, we saw Jon whip his legs up as a huge snake lunged at his leg when his scooter sailed next to it. I was mortified as I am very afraid of snakes. The last thing I wanted was to have this thing striking at me as we cruised by.

We pulled over, laughed, and discussed the size of it while noticing a local man running down the road with a long stick. He was hollering at us excitedly and pointing at the road. Apparently, snakes of that size are worth well over 1.2million dong and the man was bursting with excitement about catching the venomous beast.

Asking where it went, he moved into the grass at the edge of the rice field in pursuit. The movement caused the snake to flee into the rice paddies and the local man immediately gave chase into what became a dance between him and the snake. Each challenging the other until the man lept to the opportunity and seized the snake by the head with his bare hands.

He smiled proudly as he came back to the road, showed off the snake then as swiftly as he appeared, left us standing there while he made his way down the road back to his house. Snake in hand. You don’t see that every day! It was definitely one of these fun travel stories that, sadly, I will never forget. Or get over. Or recover from.

Many years ago, when I’d just started traveling, I took a bus going through parts of the Amazon… at night. Apparently, this wasn’t the best call. Around 3 am I was alarmed to wake up to the bus stopped, and a man in a black mask with a huge black gun pointed at us all. He yelled in Spanish and everyone’s hands went up into the air, so I flung mine up following suit. Before long the men were marched off the bus, leaving us women, hands still in the air, to wait for what would come next.

After some time another man came on the bus, this time with a small silver pistol which he pointed at each of us as he robbed us blind. No one was physically harmed, though I knew that people who weren’t as fortunate to be a Westerner like myself lost more than they could afford to replace, which was a hard thing to realize. I couldn’t help, only sit there with my arms in the air.

So go to Peru – it’s amazing! – just don’t take a night bus through the Amazon! Just kidding. I suggest you NEVER do that. It's idiotic. Like me.

Although at the time it happened I wouldn’t have called it my best traveling story, now, looking back on it, it’s one of the best/funniest stories of my nearly three years of traveling. This all took place during my visit to Fez, Morocco.

The time I survived a direct attack to the face by killer mutant bugs from outer space. And then visited a doctor with the world’s oldest x-ray machine to put my face back together again.

Long story short- one day I woke up with a face full of bug bites. The concerned guest house owner sent me to a pharmacist who then sent me to a doctor.

More specifically, I later learned, was that I had been sent to the wrong site. We established that some large insects had attacked my face and I was in need of multiple medications. And, for reasons still unknown to me, an x-ray. At least I think he x-rayed me.

In reality, France wasn’t quite as idyllic as advertised. The biggest issue was the lack of internet; something which was supposed to have been installed by the time we arrived. But, I made do. I bought French sim cards with 3 GB of internet each (the max we could get at the time) and vowed never to look at YouTube or anything that might use lots of data for the entire 5 months.

It was all going perfectly until one day there was a knock at the door and two local French policemen were standing there. They began asking me what I was doing in the property and where the owners were. In the best French, I could manage, I explained the concept of house sitting but I could see it wasn’t going over.

Then, they showed me a picture of a girl who was missing. I hadn’t seen her and, in fact, didn’t know anyone in the town. I apologized that we couldn’t be of more help, thinking that was that.

I didn’t know how to explain it apart from to say that it must be a typo, but that wasn’t good enough. They asked to see my computer and began looking through the search history. Then, obviously not buying my house sitting story, they asked where the owners were again.

Unsatisfied, they told me to come into the station that afternoon for more questioning at 2 pm. I didn’t know what to do. There wasn’t enough time to find a lawyer or even a translator as they would probably have had to come from the nearest city. I opened Google Translate and tried to come up with as many useful sentences as I could, but it was hard to concentrate.

At 2 pm on the dot I walked through the doors of the police station and when the policeman saw my worried face he burst out laughing. “Lucky for you, she showed up,” he said. And that, amazingly, was the end of that. I’ve never heard any more about this again.

EVELYNFAILS4LIFE I liked this so much! The title was hilarious and the overall humor throughout the story had me actually laughing out loud! Amazing job!

I feel bad for her

I love your pfp!!

You ok? Where are your stories and bio?

Why? They were pretty good you know. 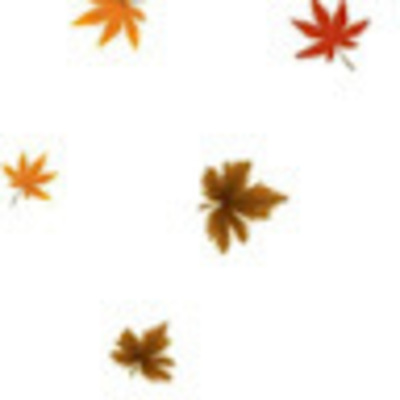