Alright, let's see. Ah and this one girl she has the hair of a ... you know, screw it. She had black hair. Who cares? This is our main character. She's a bit of a dweeb and a loner. Get used to it. And then there's this asshole, the guy she has a major crush on. (Seriously girl get a grip. He's a douche.) Ah, the girl's best friend has joined the party. Welcome you little hoe. Oh crap, I forgot to tell you their names. Our main character's name is Clarise. This crap-stain of a love interest is David. And her best friend is Lily. Now listen up you little shits, this is their story.

So not to be rude or anything but dumb ass David is ugly. But popularity makes up for his clear lack of looks. He kinda looks like a bull, no joke. And that nose, jeez he's gonna put... whats that dumb lying puppet dude called again? Oh yeah, he's gonna put Pinocchio out of business. Oh, I crack myself up. But this isn't about me, sadly. Cause I can tell you with complete honesty, that my story is way more interesting.

So I can see a cafeteria. There is a bunch of shitty kids struttin around as if the world revolves around them. News flash, it doesn't. It revolves around rich ass politicians who care only about how much money they can steal from your wallets every day. The ones running this God-forsaken country. And, oh there is Clarise that nerdy girl I talked about earlier. She is sitting in a corner by herself, wait no bitchy Lily is there too. And what is she wearing? Girl what is that shirt supposed to cover. Lily just took the dress code and shoved it up her hoo-ha. Clarise tho needs to update her wardrobe. That shirt went out of fashion when your grandma was a kid.

"What would you do if I just yelled out- Clarise likes..." Lily gives one of her 'I am a bitch and I know it' giggles.

"David Parker," Now she is whispering. See what I mean, they think the world revolves around them. That the sun shines for their comfort. The World will not be thrown off its axes if a few people learn that you have a dump crush on a boy.

"Oh I know, I know, but what would you do?" Lily says, eyeing Clarise like a creep. (cause she is one.)

"Well, then I would die of humiliation. And stop being your friend," Clarise retorts. Uhh, I think 'dramatic' should be labeled as a mental illness.

"Clare-bear, you know I wouldn't. Right?" Shit-stick Lily puts her bottom lip out slightly. Man, if I had a gun right now... I probably shouldn't finish that train of thought.

So you probably want to know what these slutbags look like. Well, start with Clarise. So as you know her hair is black, but it also looks like Ramen noodles it's so kinky, you know like the curly but pompous kinda thing. And she is a stick. No fat is on her body. ANYWHERE. Yeah, so she isn't too notable. And those ghastly wire-framed glasses, just completes the picture of flashback from the '50s. Lily, on the other hand, has curves. Her hair is like deep chestnut brown, I think it's called. And her face is nice to look at. With deep green eyes, she is one of those girls who fucks every guy in school, even your best mate's boyfriend. Thankfully her mate doesn't have a boyfriend or there would be a lot of crying Fucklets.

"Ha lol. Me too," Lol I am a bitch who has no respect for myself or those around me, I am a fat-lard with a bird brain and my name is Lily. Oh, don't mind my rampage, just some people I want to strange with my hands.

Okay so we skipped their other classes, most of them were boring. Oh who am I kidding, they were all a waste of my f-ing time.

So the hoe and her friend Clarise are sitting at the football stadium. Man, I am hungry, damn Cheetos, they never actually fill you up.

"Come on you can't just say, guess what and then not tell me. Especially if it's about me." Clarise- screw this shit, I am just gonna call her Clare from now on, the three extra letters take too much of my damn time.

"Fine, I'll tell you. Okay, you ready?" The hoe asks. Clare nods eagerly, like a little puppy. "I got you a date," Again Lily squeals. ENOUGH WITH THE SQUEALING, it's bursting my eardrums for fucks sake. Clare just stares blankly, her mouth open like a motard. "Y-you did what?" Clare is disgusted. The look on her face seems like Lily just told her she masturbates with cigarettes.

The hoe rolls her eyes, "A date silly. You know where you and someone else go out. Usually to eat food."

"That is a surprise. But I can tell you that it's tomorrow at 5, at Hamilton dinner." If I were in a room with Hitler, Stalin, and Lily with a gun with two bullets in it, I'd shoot Lily twice. I came up with that myself. Okay, no, I didn't, I got it from the Office, aka the best show ever.

Okay, we skipped another few hours, so it's Saturday at 4 pm. And we are at Lily's house, in her bedroom. It looks like shit in here. Like really, can you not pick up after yourself. Sorry, my clean freak side is showing.

The hoe contemplates this for a bit, her head tilted to the side.

"A six and a half," Bitch what did you just say? Hold up, Clare is at least an eight. Someone needs new friends. That wuss ass Lilly is jealous.

"Oh is a six and a half good?" Clare asks tentatively. BITCH YO LOOK GREAT, CHILL. That little hoe just shrugs. Clare has her hair curled, makeup done and lost those hideous glasses. And that dress looks killer with those shoes. Girl, you got this, get your flat ass to that restaurant asap.

"Okay well, what else do I need?" Clare says as she wipes on a humongous amount of deodorant.

"A life," the hoe snickers. What da fug did she say. If anyone needs a life it's you assclown. Clare just smiles.

Alright, I skipped again. Honest, it was boring as fug listening to those two. So the hoe just dropped Clare off at the front of the restaurant.

"Okay, your gonna get inside and ask for a Walker, okay?" The hoe says as she if she is talking to a three-year-old. Clare just nods, her face like really pale. Wow, bitch are you gonna faint?

"By Clare-bear, just call me when your done, k, MK. tata." What kinda asshat just drives away from their friend like that, literally she was barely out of the shucking car. OK, Clare is walking in. Ooh, it's chilly in here, maybe her surprise date will lend her his coat. "Would you like a table?" The sleezebag waiter asks. No shitshaker, she's gonna eat on the floor, carpet for 2, please. Dumb ass.

"Um I am here with a Walker," Clare sounds like she is gonna throw up, it'll be a miracle if she is even able to eat. The waiter nods before walking her through a maze of tables. "Mr. Walker, your date." Oh shit, this is not good. Mr. Walker is...

"David?" Clare is definitely gonna be sick. Oh man if I was her, that nark of a friend would be dead.

"Yeah?" That cheesedick is her date how, who, why? Oh yeah, the hoe did it. "Who are you," the douche asks, repulsed. "I am Clarise, Clarise Jones. Sorry, are you sure this is the right, Walker?" The Waiter is already off to helping someone else. Damn you, get back here before I strangle you myself. She can't go on a date with this ass. "No it's the right Walker, Lily told me to register under my mom's last name." David is clearly shocked. He was probably expecting a hot model, not a 16-year-old nerd. While Clare doesn't know if she should be pissed or exuberant. I'd be pissed to the highest level of pissed.

Clare sits down slowly, like a shy fawn. "well hello David, this is a surprise."

" Sorry, but do I know you?" that Dicknose says.

"Oh yeah, I go to the same school as you..." Clare looks like she just wants to die, throw up then die. Her crush doesn't even know her, she's never been noticed. How awful. Bitch get out of there, abort. Abort. David looks her up and down, his bullish face growing disgusted. Listen here you little pimp, I am gonna throat chop you if you don't wipe that look off your face.

Clare was so happy to be going on her first date, but she can't go with HIM. And look at him, just look, he thinks he's too good for her. He's shocked that a Bachelor contestant isn't sitting in front of him right now. What an ass. I feel like closing my eyes from this horror but I can’t look away.

Alright so one thing led to another, Clare is no longer friends with the hoe, thank god. And David realized Clare is way too good for him. So this awful date has now come to an end, and will never be brought up again. 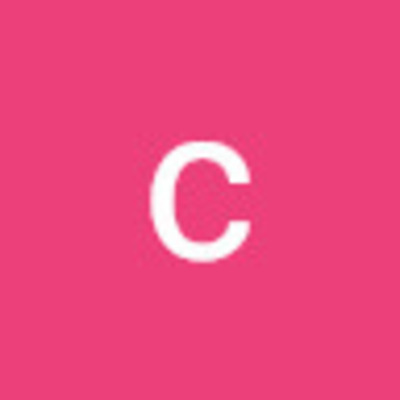