The earth was cracked beneath his feet and the fragments were filled by grasses in brown and in green. But he paid them no attention. He was preoccupied with the things that soon would matter. He knew the uncertainties that lay upon if Lexie would say yes. Nonetheless, above all, he wanted not to hear a NO.

She made seven steps closer to him. Her face was a sunset while his was in dilemma. His confidence was completely devoured by fears carved by his two contradicting thoughts: He loved her. Maybe he's ready to love her."

And before she could even utter a word or so, Andrew started to sob his pent-up emotions.

The place was filled with nothing but his shaky cries. He then started to open his mouth ajar and expressed his emotions in eight words.

" Do you know that I've been loving you?"

Andrew paused in three seconds before he resumed the gestures of his love.

"I know we are just in the springtime of life to deeply understand the regions of love, but I wanted to genuinely venture it with you now."

After the introduction of his last word, he angled his face straight to her eyes to grasp the full view of her reactions. Lexie's face was notably serious.

She knew she needed to speak either by force or by fate. There were no doubts she loved Andrew. But was love alone can stand against eyesores, tests of time, and underlying responsibilities?

After all, she was just 16 while Andrew was 17. Circumstance caged them with a belief that work mattered more than education. And so, both of them prodded their physical energies to toil on the farm inherited by their long ago ancestors everyday.

She closed her eyes recapitulating what she was to Andrew. She had been so special to him, she's aware of that.

She looked at Andrew as though love had conquered the trying times of the universe. In that time, though unpredictability dwelled in her, there was one word that meant the most to her. Then she allowed air to pass through her mouth and the rest was history.

That's exactly how things had been last 53 years ago. It was a youthful love clearly based on the emotions alone.

But life after Lexie made a big decision was remarkably hard. It was a sand in the hourglass where some things had to fall apart through the passage of time. They had to stand firmly on their choice.

Both Lexie and Andrew were forced to work all day long just to make ends meet. They were blessed with five offspring, the reason why working laboriously remained their only option.

Lexie had been a plain housewife while Andrew continued to nourish their farm.

It was too hard to raise five children without stable income. Though Lexie didn't want to admit it, reality would often slap her- I am tired.

There wasn't a single time where Lexie had not to go back to that meaningful time of her life. At night, she would position herself before the wooden square window where she could lay her arms on.

She just dreamt to experience love. She just wanted to love Andrew. She just believed in the art of love.

But a few years after their nuptials, she learned that love was like a process of childbirth. There was pain-excruciating pain, contractions, instabilities, and exhaustion.

She knew time moved more slowly in quiet times. And she felt it every time she thought her decision was completely wrong.

But was she wrong? She only wanted to love Andrew.

On the other side, Andrew grabbed the same sentiment. He would oftentimes question himself why he couldn't be a good father to five nor could he be a good husband to Lexie.

He couldn't afford to send his children to school. There was no other means for him to support their education. Being baptized as illiterate, he accepted the fate that his family didn't deserve degree.

Sometimes, after work and when the moon was set, he tended to blame himself of not heeding to his parents' wisdom. Perhaps, he could have a better life.

Thoughts most of the time would drown both of them. But every time Lexie would feel bewildered, she just opened the old metallic box and scrummage the love letter note given by Andrew some time in the past.

Without you in my arms, I feel the emptiness in my soul. It is an impossibility to not love you because you are my life. I've stopped wandering about what life beholds because I know, we can surpass everything together.

Did I not tell you that I may lose my sight if you are not at my sight?

I was wrong when I said that you are my world. In reality, you are my universe. Let's hold on together. I will never give up on our love.

"You are beautiful." Her wandering was put to an end as soon as she heard such familiar voice. That compliment is not new to her. In fact, Andrew always expresses it.

She would always admire Andrew's thoughtfulness towards her. It's his quality that outlines love and respect.

"Today is our 69th wedding anniversary. Come on, let's celebrate outside. I booked a hotel reservation for two last three day ago. Let’s produce another one, " he continued while laughing.

Lexie painted a smile and gave Andrew a confirmatory nod.

" I almost gave up on you, but how can I If your love is unquestionably true? I want to remind myself that I've found love in you. You are already here in my heart. I love you beyond words!

" I am tired of belittling myself. I wanted to walk apart to find meaning. But every time I see you, I tend to realize that walking with you is indeed a good journey. I love you beyond words. 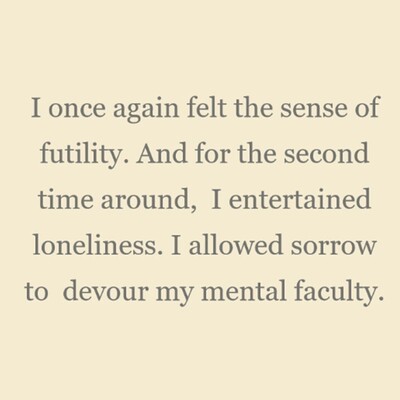 Great story, John! I love the writing style you used for this story, everything's well-written and so enjoyable to read...a sweet and simple story, I really liked it :) Congrats on submitting your first story, looking forward to read more of your work!

Wow! Thank you so much for your kind words. God bless you😊

Thank you for writing this story. Back when I was in college (30+ years ago) I wish I could've written a first story as good as this one is. You did a very good job of expressing the thoughts, doubts, and emotions of a couple not just when they were younger (and not married yet), but also during the marriage proposal, and all the years after it. I definitely look forward to reading your future stories on this website. I apologize for so many editing comments about your first story. They aren't meant to be critical, but rather as helpful...

Thank you for appreciating my first work, Philip. Wow! Thank you for those pieces of brilliant ideas and suggestions. They're truly helpful. I need them.

You're very welcome, John. Glad I could help. I didn't want to discourage you. I wanted to help in the hopes that you would keep improving and I'd get to read better and better stories from you. I was telling another writer on this website today, when it comes to posting editing comments, I'm stuck between, "Do I tell them what I think might be a problem or a set of problems and hurt their feelings, or do I back off and let them go blindly onward, thinking they're doing fine when they aren't?" To be honest, I would much rather hear wher...

It's good to know that someone cares about my story. I always am open when it comes to constructive criticisms.Honestly, I failed to realize those "points to improve " not until you mentioned them. Thank you! Tonight, I will read your stories...so excited.

What a lovely story - you really capture that complicated feeling so well - of wanting to love so purely, yet that love being pummeled by the realities of life. Beautifully written - looking forward to reading more!

Thank you for appreciating my work, Kristin. I am more motivated to publish more stories. I also am excited to read yours.