the secrets you kept

Elijah sat at his window watching the rain droplets race down the glass. His brown hair was messy and unkempt from constantly running his hands through them. His big green eyes dull and slightly red from crying earlier. He could see Rose sitting on the swing on her porch. He wondered where it all went wrong between them. Just 2 weeks ago they were together, happy and laughing without a care in the world. “What happened to us Rose?” he whispered to nobody in particular.

Tired of being cooped up in her room Rose walked outside to her porch. She always loved rain. She loved sitting in the rain, dancing in the rain, crying in the rain. She could see Elijah's window from her porch. She wrapped her arms around herself as she got comfortable on the swing. Her long black hair was a jumbled mess of curls on her head, her hazel eyes puffy and red. She closed her eyes enjoying the little peace she felt with the rain, her long thick lashes soft against her cheekbones. She took time to collect her thoughts. She wanted to run into the safety of Elijah's arms and apologize. She wanted to curl up into a ball and cry. She wanted to tell him she was scared. But she couldn't, she was too much of a coward to go up to him. She sat on the swing, tears running down her cheeks as she reflected and regretted. She wanted Elijah back. She wanted him with her.

Elijah can see the small tears running down her face. Even in a loose sweatshirt and sweats she was still beautiful in his eyes. He wanted to run to her and tell her that he understands, that he forgives her, but Eren’s works echo through his mind pulling out insecurities he never knew he had. Doubts ran through his head taunting and teasing him. Telling him 2 years of dating was worth nothing, telling him his best friend didn't trust him anymore, telling him it was all his fault. He tugged at his hair for the hundredth time and let out a cry of frustration. He wanted Rose, he needed Rose. The rain was still hitting the window making a small pitter patter sound. He focused on the sound trying to drown out the sounds of his own thoughts.

“Maybe she doesn't trust you” roses ex Eren, taunted. Elijah felt another tear roll down his checks. Rose was right across the street from him. He could just reach out and she would be there with him. She needed to hear her say it. He needed to see her face while she told him the truth. There was no way he would trust that bastard. Without thinking he ran outside, across the street to Rose. he needed to see her. Rose jumped in surprise and fear when she heard Elijah's heavy footsteps. Elijah was a mess. His hair was messy, his clothes rumpled and 2 different shoes on each of his feet.

“Rose” he softly whispered. His heart lurched at the sight of rose up close. She too was a mess. Her hair was messy on top of her head, her socks were mismatched, and her sweatshirt wrinkled.

“Elijah” she stood up and ran into his arms. He wrapped his arms around her waist burying his nose into her hair, breathing in the calming scent of faint cinnamon.

“I'm sorry Elijah. I'm so so sorry.” rose whispered into his neck. His arms tightened around her.

“Is it true? Why did Eren say it? Did your mother really die?” Elijah said softly. Rose didn't say anything, but the small nod was enough confirmation.

“So Eren was right? Do you not trust me, Rose. Why didn't you tell me. I-I would have understood you know i wouldn't judge you or anything. Rose we knew each other since we were kids” Elijah's voice broke as he released her to look at her face.

“No Elijah, god no. That's not true. I didn't tell you cause I didn't know how. I was scared” rose cried out. She never wanted to hurt Elijah. She hated seeing the pain in his usual happy and bright eyes.

“Why would you be scared Rosey. Was it me?” A pang of guilt hit Rose when she heard Elijah doubt himself.

“No of course it's not you Elijah. I was scared because I didn't know how you would react. I did want you to be angry at me I didn't want- I just” her voice broke off as she sobbed.

“Rosey, why would I be angry? Rose how- how did your mother die?” Elijah asked carefully.

“I was in the car. We were driving to the store to get Pocky. I distracted her. We crashed,” Rose said in a monotone voice. Elijah gasped. He gently pulled her into his arms again gently, trying to comfort the crying girl. They both felt guilty, Rose for making Elijah insecure and Elijah for not trusting Rose. Elijah led them both to the swing and they both sat there finding comfort in each other's arms. Elijah absentmindedly twirled roses hair around his finger as Rose's head was tucked into his neck. They two didn't have to say anything, they understood. After being best friends for 11 years and dating for 2 they understood each other the best.

“Yeah what is it”

“You're not mad anymore are you?” she asked timidly. She picked at her nails nervously,  scared to hear the answer.

“No rosey i'm not mad. I was never mad, I was more confused or hurt. These past 2 weeks? It was hell. I missed you, you know” his voice was soft like silk as he whispered into her ear. He gently grabbed her hands to stop her from ripping at her already torn skin.

“I missed you too, Elijah. So much. I'm sorry for keeping this from you.” she said back softly. They didn't need to say anything else, they understood. Things were better now. No more secrets were hidden between them. They felt a new type of peace, a burden off their shoulders as they sat together watching the rain fall slowly. 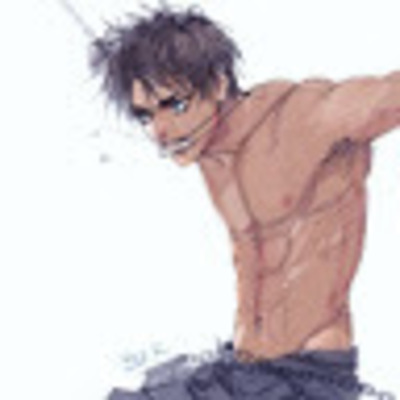 sad but beautiful. and it was cute too:)