Submitted for Contest #81 in response to: Write about someone asking out an old crush, only to realize their crush doesn’t remember they’ve ever met before.... view prompt

She smiled as she sneaked a look at him again. As far as crushes went, he was her longest.

She just didn’t know what it was about him. Was it just his clear brown eyes or his nice smile? Was it his intelligence, athleticism or over all sensitivity.

Melody had never actually spoken to him before, oh no. These were the things she had seen from afar.

She was miserably pining after him even though her friends had encouraged her to try something.

Throw a mug at him.

She didn’t. Not after the mortifying incident that happened two weeks before. Well, it may not be mortifying to an average person but that incident was the bane of Melody’s existence.

It was lunch time, she was at a table alone and she was nursing her fifth cup of coffee when she mistakenly poured the scalding beverage on her arm. Like prince charming, he appeared suddenly, wielding a packet of tissues and he proceeded to sit at the table with her.

She could barely speak but he was easy going and so they managed their way through a semi awkward conversation until the bell rang.

They both had different classes so they went their separate ways but not before he turned to her and with a big smile said “You’re alright Melody. I’ll talk to you sometime.”

She was an awkward mess, she could barely speak and she was embarrassed.

Needless to say, even though she was embarrassed at her inability to speak, his behavior increased her crush tenfold. Now instead of her heart fluttering when she saw him, it beat a heavy rhythm that made her breathless.

That sometime never came. She kind of expected him to do all the heavy leg work but it seemed like she would have to put away her perpetual shyness and approach him.

It was the perfect time, there weren’t may people around to witness a scene if he rejected her.

But why was she overthinking anyway, it wasn’t like she was asking him out. She was probably going to bluff and ask about the literature essay that was due in three days..and then ask him out.

Yes. It would work.

She pulled down her sweater and passed her hand nervously over her hair and she started to walk towards the large tree that her object of attraction was leaning on.

“Hi Marco, remember me, it’s Melody. I want to ask if you wanna go out sometime. "

She started to panic a little.

“The coffee incident, you brought me tissues. Two weeks ago”

He scratched his head “uh, Miriam right? I can’t talk right now. I'm not interested, sorry. I’ve got to go."

He paused and looked at her a bit more

With brisk steps he was gone.

What just happened? He was gone.

He had snubbed her and in the worst way possible.

What a lie! The school wasn’t huge so he had definitely seen her around and if he wanted to avoid her, he just had to say it nicely.

What If he had been avoiding her the whole time while she was dreamily waiting for him to approach her. Dreamily planning happily ever after instead of paying attention in history class.

She was hurt. Here she was idolizing him and scrutinizing every second of every minute of every moment of their impromptu hangout and he couldn’t even remember who she was.

She could feel her heart shifting right in her chest.

She didn’t even know why she was feeling the urge to cry, it was just a silly high-school crush

Even as she said this to herself, a solitary tear streaked down her face and she folded in on herself. She leaned on the tree and waited for a while to get her composure back.

How stupid she was.

He didn’t even get her name right the second time around.

Her friends did what friends do. They comforted her, they sputtered with unbelief when they heard what had happened and they threatened to go beat some sense into him. She had stopped calling him by his name, her friends just referred to him as “him”

Marco had turned into a “him”.

It was two days after the humiliating incident and she was on her way to class. She hadn’t seen him around those two days and she was glad. She didn’t know if she would turn and run away or just melt into a puddle if she saw him so soon.

It was almost lunchtime, the place was crowded and she was wrestling her way through the crowds when a hand closed around her wrist and started to pull her.

Soon she was in the janitors closet and she was facing two Marco’s.

One in a sweatshirt and jeans and one in a shirt and shorts.

The sweatshirt one came closer to her “Melody, I can explain.”

She didn’t know whether to ask if they were twins or clones, scream and run out of the closet or smile because he had gotten her name right.

Her vision began to swim and she started to feel very weak.

She fell to her knees

She saw the two boys leaning over her and then it all became one big blur.

After what seemed like ages, she finally opened her eyes. She was in a white room, she felt very disoriented and her head felt heavy. She tried to sit up but she barely had enough strength to do so.

She groaned and it alerted the others who were in the room with her.

That declaration was followed by a tearful sob

Who was Mia and where was she?

Someone leaned over her, a petite woman with beautiful eyes. “Mia, baby are you okay? Have some water “

She took the water with shaky hands. She was in a hospital.

“Who’s Mia, where’s Marco and what’s happening. Where am I? “

The woman turned away, sobbing. As if she couldn’t believe what was happening.

A young man replaced the woman and spoke to her “Your name is Mia.”

She frowned. Her name wasn’t Mia

“My name is Melody”

The man shook his head softly. “No, your name is Mia and you’ve been in a coma for a very long time. You just woke up.” 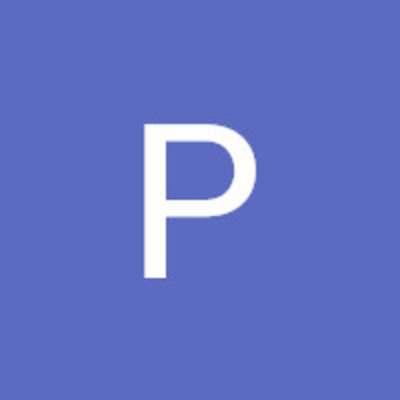