Love is a Stand Still

I saw her standing inside the store. Her hair perfectly quaffed. Her skin smooth and delicate like a porcelain doll. She was dressed in the latest fashion and it fit her beautifully. She was mine at one time, but I haven’t seen her since I left two years ago. Today was my first day back to this part of town, and as fate would have it, I find her in the same store the two of us both worked at a few years ago.

Our love was true and fast. I knew from the moment I first saw Vanessa that this was something special. I looked at her and when our eyes met, it was like a magical explosion erupted in my belly, causing me to instantly get light-headed. She had longer hair then, but it was still perfect. And she wore a dress which showed off her slender figure and her breasts seemed to peek out from under the fabric, leaving little to the imagination.

I didn’t approach her that day. Instead, I played a little game of cat and mouse. Working in different departments kept us away from each other for most of the day. But I would leave little notes where I knew she would find them. Each note expressed my feelings and to keep it a mystery, I would never sign them. The notes made her feel better while working such long days, judging on the smile that she had after I noticed the notes were gone.

When I would be done with my day of work, I would go and sit outside on the bus bench and let bus after bus pass me by, just so I could steal glimpses of her through the window. Her smile ignited small flames inside me that would make me smile and then blush and look away, before she caught me staring.

After the third day of my cat and mouse, I decided it was my opportunity to hand her the note and let her know how I felt. So after a few hours of bench sitting, I made my way back into the store before closing. I took a note that I was working on and walked directly up to her. Her smile was contagious, and I smiled back as I kept getting closer. Her eyes were locked onto mine as I stretched out my hand to give her the note.

She didn’t even waste a second to look at the note. Instead, the two of us dashed to the closest dressing room, giggling while swirling pass the racks of clothes. The dressing room was empty except for the two of us. We stared at each other and tried to sit as still as possible. Staring into each other’s eyes, we awkwardly held onto each other, trying to find a comfortable position as neither of us yet was familiar with the other. After a few seconds of shifting around, we finally ended up with our hands around each other’s waist and pressed the sides of our heads together.

Once the last employee left the store, we began to get to know each other better. We took turns telling each other about our life and our loves. I told her about my childhood. The many homes that I grew up in and the parents that showed me enormous amounts of love and support. I told her about me extra year of schooling (which was actually a total of three extra). There were secrets that I had never shared with anyone and yet being there with her made me comfortable enough to share those secrets. We laughed and cried and held each other until the early morning. Before the morning shift came in to work, we both decided to sneak back to our daytime lives, so with one kiss, we went separate ways, promising to resume later that evening.

Exhaustion was creeping up on me when I made it back to my place, so I decided to take the day off from work. There were a few things that were on my mind and I knew that I couldn’t sleep until I got a few things off my mind. After a twenty-minute haul, I finished wrestling with my thoughts and crashed my head firmly against the pillow.

I woke with the thoughts of the previous day fresh in my mind. A smile stretched across my face like the seam in a fat man’s pants while at a buffet. I hopped in the shower and tried washing the renewed fog out of my mind and some of the lingering muck which remained. A bowl of cereal and a glass of orange juice began churning in my stomach before I even finished my brunch and made it out the door. Halfway to the store, my body purged the curdled mess that was barely digested.

As I called in sick for the day at work, I had to kill some time before the sun was far enough into the horizon to make sure the bosses at the store wouldn’t see me. Once it became dark enough, I made my way to the bus bench and watched for the love of my life, but after an hour, Vanessa was nowhere to be found in the store.

As it creeped closer to closing, I crept inside the store and looked desperately for Vanessa. I was about to give up when I finally saw her in the back of the store in the sporting goods department. She wasn’t wearing her typical sexy clothing. Instead, she was dressed in a little tennis skirt and a sports tank. Vanessa had something special that even made the boring white outfit exceptionally hot.

When no one was looking, I grabbed Vanessa by the hand and that was when everything started to fall apart. Her feet were firmly planted and before I realized it, Vanessa’s arm twisted completely backwards, and I tumbled to the ground. The look on my face was riddled with confusion. I couldn’t understand why Vanessa was not wanting to go with me. The heavy petting from the night before might have been a bit forced, but she never said a word against it.

Before I got back on my feet, one of the managers was standing over me. Anger and disgust was shooting from his face. I knew that I was fired.

Now, here it is, two years later. Vanessa was back in her dress, back in her department. She still had those unblinking eyes and the same smile. One of her coworkers walked up to her and without a second thought, grabbed Vanessa by the top of her head and yanked her hair right off of her head. A second later, Vanessa had her long hair back. All the while, she kept that knockout smile and those unblinking eyes.

Oh, how I will miss Vanessa. But at least I still have her plastic hand that came off right before I was fired. 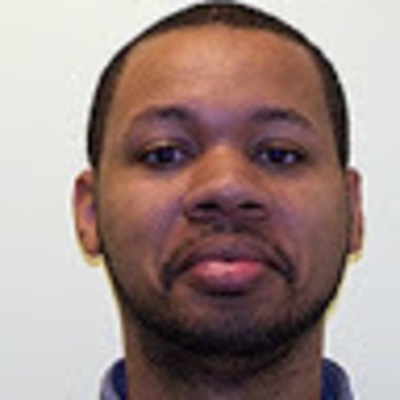 I really liked this story. Very interesting and funny. But I need to know cause I'm a little confused... was Vanessa a mannequin?

Sorry for the delay. Yes, Vanessa was a mannequin. She never talked and you would have thought that he would have met another mannequin that was just as pretty, but love is quirky that way.

Wow- I I was loving the story, I kept on thinking of what feedback to leave all throughout reading it, I was sooooooo consumed in the story, goshhh, THE ENDING! I WAS NOT EXPECTING THAT, I don't know what I was expecting but it wasn't that. I've been having too much of plot twists for this week's prompts, this really tops it all off. I really enjoyed reading it, everything's so well-written, it was easy to see the story from the character's perspective and not with the reader's omniscient one with all the clues you've been sprinkling not-s...