Everything had to be perfect.

He scrambles around in the kitchen, garnishing the entreé he had spent the last 2 hours preparing, setting the fancy dinner plates along with their designated forks and spoons on the dining table. He then opens a bottle of wine but doesn't pour it in the two wine glasses sitting face to face on the table. He lights the sweet-scented candles, their warmth immediately enfolding the entire room.

For a moment, he stands there and just ponders on what's to come. How things might turn out, what he'd do if things didn't turn out the way he wanted it to. However, the moment he reaches into the right pocket of his black tailored suit and feels the velvet surface of the little box holding the ring that would change his life forever, he feels content. He loves her. God, he loves her. He knew for a very long time that his life was planned out to include her. As a result, this decision came very naturally to him. His thoughts were interrupted by the sound of the main door opening.

She looked like an angel. Her white summer dress, her bright eyes, her sweet smile. He wouldn't be surprised if he'd end up seeing a halo above her head and wings protruding from her back. She looked like an angel. Instantly upon seeing her, any and every doubt in his mind was diminished. He knew the answer. He knew things would be okay. He couldn't wait until the end of the dinner he had spent so much time preparing. He had to ask her now, he had to know now. So he did.

Kneeling on the floor in front of the woman of his dreams, his eyes never left hers. It felt as if the suit he was wearing was getting smaller and smaller every second. His hands holding the black box were sweaty, his breath getting caught in his throat and his eyes teary as he hadn't blinked in a long time. He was worried that if he blinked he'd miss out on her reaction, or maybe he was very close to bursting into tears and just didn't want to admit it. The words, "Will you marry me?" dissipated into an uncomfortable silence. The air thick with suspense as her eyes bore into his and her mouth agape in surprise. Then, right before his knees were about to surrender and take him down with them, a loud "yes" echoes throughout the room followed by her melodious laughter. Relief and disbelief flood his conscience as he gets up to tower over her. His hands drop the box as they come up to cradle her face and finally bring her lips to his.

"Really? Yes?" he breathes, looking deep into her eyes.

"What? Did you think I'd say no?" she replies, a smile on her cherry lips.

"I was too busy trying to breathe let alone think."

She laughs and wraps her arms around his neck to bring him down for another kiss, this one lasting much longer than the last one.

The white lilies decorating the aisle where she'd be walking down at any moment. The band sitting on the sidelines, the chattering of different people sitting on the rows of white chairs on either side of the aisle, and the altar where he stood, dressed in his signature black suit, the suit he was wearing when it all started. Again, he felt constricted. Doubt and worry began coursing through his mind, and he had to rub his palms on his pants just to stop them from becoming too sweaty. What if things didn't work out for them? Does she love him? What does the future hold? But then, the chaos in his head was interrupted by the melodic tune of the piano playing. Looking down at the end of the aisle, his eyes catch hers, and instantly he feels content.

Clad in white, same as the color she was wearing when this all started, she looked like an angel. He couldn't stop the smile from blooming on his face and couldn't help but feel ridiculously stupid for thinking the things he had been thinking a few moments prior.

He loves her, she loves him, and that's more than enough.

They exchange their vows, they kiss, then they dance. It all seemed to pass by too quickly for him to stop and notice but when they were dancing, the rest of the world seemed to blur out of focus, leaving only them in each other's embrace. Her delicate head on his chest and her dainty hands in his. She's real, she's safe. There's nowhere else he'd rather be than right here with her.

Now he stands next to his love on the altar, wearing his worn-down black suit and rubbing his clammy palms on his pants. His chest feels as if it's closing in and his lungs seem to be having trouble expanding with ease. His thoughts cloud his mind, and he sees no point in trying to control his thoughts. How did things turn out this way? Did he take things for granted? Was the happiness he had felt all those years with her just a tool to make him believe that everything would be okay only for some greater force in the universe to take it away from him when he got too comfortable? He stares at the end of the aisle and instead of seeing white, the color he had loved so much, all he sees is the color black.

He looks down next to him and gazes upon the pale beautiful face of his wife, lying unmoving inside the open casket, clad in white. White. She looks like an angel. She is an angel. His heart is beating so fast and so hard that he worries he might drop dead right there. Her eyes used to be the anchor holding him down when the rough currents of his thoughts were trying to carry him away. Now those eyes were covered by the heavy burden of her eyelids, unmoving and forever shut. He no longer had the support of her anchor, and his thoughts showed him no remorse. Was it his fault that the car collided with theirs? Should he have shielded her from the shattered glass? Should he have paid closer attention to the road ahead? Should he have died instead of her? Yes, of course, he should have.

He memorizes the details of her face as if he was worried that he'd forget someday. One last time, he looks at her and then turns and walks down the aisle, never looking back again.

Walking through the door that she had walked through so many times before, he stands right where he had proposed so many years ago. He looks at the dining table where they had eaten the dinner he had prepared so meticulously. By the time they had escaped each other's embrace, the food had gone cold, but they enjoyed it anyway. All that's left there now, is a picture frame. He lifts it and is immediately met with her bright eyes and gleaming smile. He couldn't stop the tears that escaped his eyes. So he didn't, and so he cried. 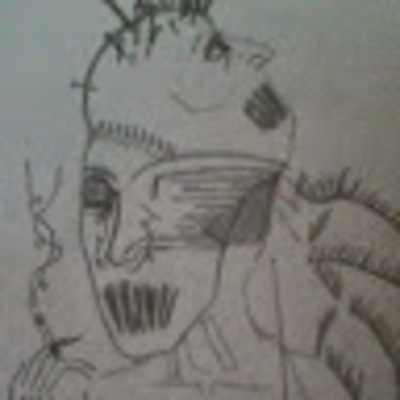 Nice! I love a good twist or shift and I knew one was coming from the start (reading a lot of short horror stories helps you see a twist coming from the way the story is written), but I didn't know if it would be a sad, scary or mindblowing one, so I ended up reading this tragedy as a suspense. Because of the "Christian" label and the description of the female character, I somehow thought she's an angel and the poposal is him excepting that he has to go with her (death), but I liked having my expectations shattered. Overall, it's a really ni...

thank you so much! i didn't include the "sad" label because i didn't want to ruin the ending for the readers. your theory was one i didn't think of at all and i really like the idea.

I think it's a good idea to not include that label because it was better not knowing what to expect. Keep it up and have a wonderful day! P.S. I meant to write "accepting", not "excepting" in the previous comment. Sorry, it was before coffee.

Liked phrase "smile from blooming on this face." Good character description. Didn't see the ending coming. I'm not sure why you consider it Christian.

thank you very much! i had a christian ceremony in my mind but i suppose it doesn't have to be considered Christian as there's no particular indication.