A life loved, a life lost, a life lived.

When Charlotte Verity first saw Peter FitzGerald, she had no idea that one day they would be celebrating over 70 years of marriage. Even if she had, she probably wouldn’t have believed it. She’d been a quiet, shy girl, quiet, and reserved, and Peter FitzGerald was boisterous and had a quick wit. She was quiet, and he was loud with an air of the magic around him. No, there was no way they would have ended up together, even if she had known about him.

He was plain, and Charlotte was beautiful. They ended up at a dance in the local youth club, and there he sat smoking cigarettes and chatting with boys and girls. Charlotte took a seat next to him, eating her favourite Candy Heart sweets and he began nonchalantly chatting to her. “Hi, what time is it?”

“Around eight,” she said, “why do you ask?.” He took a few Candy Hearts from her the packet.

“Like more?” Charlotte asked frowning, as Peter fumbled with the bag again.

Charlotte liked their conversation already, and soon the clock was going to run out, and the dance would end, and she would have to leave, and go home. And part of her knew that he was her first date, that if he were not such a confident and amusing person, they may not have even spoken to each other again.

“I’ll have a dance if it’s alright with you.”

Charlotte had no idea it would be their last dance for many years. She thought to herself that she had on a pretty light blue dress, but she had also worn it with a pair of black heels. The dance was one of those dances that were on hand made wooden floors, which were thin and rather unstable. As they were dancing on the edge of one, Charlotte slipped and fell. She landed hard on her back, but she was able to make a shriek of shock.

Peter fell to her side. There she was lying on the floor, surrounded by her remaining Candy Hearts and he was leaning over her, concerned.

Peter smiled and picked two of the sweets off the floor. Charlotte sat up and dusted herself off. “Are you alright,” he asked.

“I think I am,” Charlotte said. “But maybe a little help?”

Peter offered his hand, and Charlotte was able to stand up.

“Hey,” he said. “I’ve always wondered if those sweets were a little alcoholic and now I know.”

There was a moment of awkward silence. “The sweets aren't alcoholic you fool,” Charlotte said laughing. “We better go, the dance is almost over and they are going to start turning out the lights.”

“Oh gee, we better leave then. I take it I have to walk you home then?”

Charlotte laughed, and it was a laughter that she did not quite know she could muster. He was certainly an odd one, but he was funny. And if she were being honest (or writing a story that she was sure was never going to get published), his laugh was nice, too. He was loud, but not in an obnoxious way. She liked his confidence and his laugh.

She only saw him a handful of time before he went away due to the war. But they did correspond and she read the letters lovingly. They were always passionate and full of loving and longing. Her parents were horrified that he had mentioned he wanted to marry her. Her mother, in particular, was not too fond of him.

Until one day, a knock came on the door. Charlotte answered it. There he was, standing and smiling. They laughed, and they cried. She could see a ring in his pocket, and she ran inside to tell her mother who was just as shocked as she was.

The wedding was a few weeks later. They now had each other. And they could make it on their own. As Peter was stationed in Lincolnshire and not far from Charlotte's home town of Horncastle they spent the first year in a flat above the local coffee shop. It was a tiny little flat, and they lived there happily.

The second-year they were lucky enough to be offered a small cottage in the area, which they called a ‘DaisyBank.’ It was an old farm cottage that they both slowly transformed into a very nice home, complete with a vegetable garden. And it was there that they raised their family.

Their first child was a girl named Julie. She had long brown hair, and she was sweet as could be. She was born on the 4th May of 1946, and she was their joy. Julie was a happy baby, and she was healthy and well, and every time she smiled there was always a joke to tell. Peter and Charlotte loved to tell her stories, and she loved to make them laugh.

The second child was born the following year, and it was a little boy. He was named Nicholas. He was born on a Friday, and his birthday, the 4th June of 1947, was the very same day and month that Peter and Charlotte had their first kiss at a local youth club.

For the massive majority of their married life, Peter and Charlotte lived together in the cottage. It was just a simple cottage and it was crowded, but it was home. And for the most part, they were content.

And so it was at this time, during the autumn after Charlotte’s mother had died, that an unexpected letter came to Peter. It was a letter from an individual known as Professor Lawrence. He had not heard of the name before, and neither had Charlotte. But he obviously knew them, and he wanted to visit.

“Why would he want to visit.”

“I have no idea?” Charlotte said. “How does he even know who we are?” She looked at the unusual letter for a moment. A part of her mind found the stamp and envelope very unusual, but she quickly stored that away.

A few days later, the professor arrived. Peter was cordial, but he was not sure why he wanted to visit. The professor has a long white beard, with grey eyes. But he had a warm smile and wore an amusing tweed suit.

Carrying a pair of large suitcases with him, Charlotte was not sure what to think, but she shrugged it off and asked Peter to invite him in. Once inside, the old man explained the reason for his visit. He explained he had come across a box from a solicitor and as he was passing he wanted to give the box to its owners. Charlotte frowned. Peter agreed that he wasn't sure what to think, either. She then offered a cup of tea. And the old professor accepted.

As they drank tea together, they observed Julie in the garden. Julie was playing in the front yard with their pet dog, a mutt with no breeding value, which Charlotte had named Ginger. 'Its bloodline has been bred out of it completely,' she had said, and Julie loved it.

Peter was surprised and he was excited. He opened the lid and found a cache of enveloped wrapped in ribbon. “Wow,” Peter said a little confused. “This is...I don’t know what to say.”

“You don’t need to say a word, just open the blue envelope,” Lawrence said. “And I would also like you to have these.” He handed Charlotte a diary. It had a blue cover with small golden flowers. On the front was inscribed ‘Elizabeth Hawthorn, 1846-1922.’

“That is correct,” Lawrence said.

Charlotte flipped the pages until she found the last entry from the 4th of June of 1922. Whoever had written it had been in a hospital writing it, and unusually, it was the same date as her birth. Confused, she flicked through the diary reading the old pages. “This,” she said. “Is a little confusing?”

She had been born on the same day, a Sunday. Several pages had been marked and highlighted. There were drawings, a few poems, and reflections on the loss of her lover and husband Richard Hawthorn. There was one page that contained a map. Charlotte held out the diary to her husband.

Peter looked confused and took the diary. He was confused also. After examining the unusual map of northern England Peter opened the blue envelope. He found black ink and written inside on the cover of a series of folded letters was the date "October 3rd 1923," it was the same date as his birth. Peter proceeded to open the papers inside, and he eventually found a passage that mentioned Elizabeth, or Elizabeth Hawthorn, the previous owner of their own cottage. And as he finished reading the letter, he passed it out to his wife.

Charlotte read through the letter. It was a letter written from the heart. A letter explaining the loss of a beloved wife. And there was one sentence that stood out.

“I know now that I am ill. I am dying. However, I know that I will again meet my wife. I have only but a few weeks left to live I know, and I would live that life knowing that I was a quiet man who lived with his family, who loved only his wife, and died a happy man because he refused to reveal his legacy. My darling wife, know that these letters will come back to your warm hands. Known that one day, we will both meet each other again, and know the truth of our legacy."

Charlotte looked at the letter then she looked at him and said, “Professor Lawrence. I am confused. What are these..?"

The professor looked at them with grey eyes hidden beneath thick white eyebrows. “These letters, Charlotte, are yours. They are yours to keep. They were written to you by your husband. The same man who passed away in the diary.”

Charlotte was puzzled. There were more questions than she could even ask. But her mind was not prepared for more questions. Peter shook his head, what was the Professor saying? Charlotte was about to speak again but she was interrupted by a knock at the door.

Charlotte answered it. “Can I help I you?” she said to a tall young stranger at the door.

“I am looking for someone,” the man said. “A Profesor Rubenstein.”

“Well you’ve come to the right place,” the Professor said, "Charlotte, please let my young friend in, you will need to sit down".

What followed was to change Richard and Charlotte's lives for the rest of their long happy marriage. 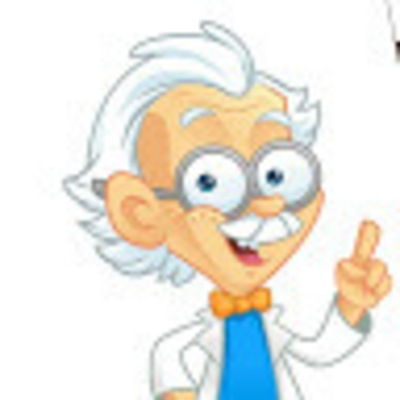