And The World Was Never the Same

Submitted for Contest #80 in response to: Start your story with a major news event breaking — one that will change the world forever.... view prompt

I glared at the gaggle of people that moved past me, annoyedly shifting my legs to let them pass.

Glancing once more at my phone, I swore when I realized the press conference hadn't started yet. "Are you done yet?" I asked one of the newbies irritatedly, forgetting to keep my voice down.

He rolled his eyes and continued wiring his computer to the television. It buzzed on, and I switched to the channel and began waiting.

Elysse came down the staircase, looking besieged as she carried a bucket of laundry. Her hair was messily done up in a bun, and I called her over. "Ellie, come here!" Then I looked down, terrified, at Harry again. Thank you, divine forces of the universe, he was still asleep. Gingerly, I removed his glasses and placed them on the coffee table in front of us, careful not to leave fingerprints.

Huffing, Elysse dropped the laundry basket and came over, slumping down in the armchair. "Did you finish your chores already?" She yawned, brushing her hair out of her almond eyes. Elysse had stepped up for John's crazy idea 200%. She helped cook, clean, repair, guard, keep track of everyone. If we had an MVP for keeping strange people with superpowers alive, Harry, Elysse, and John would be in a three-way tie.

I scoffed, "I thought we were keeping people safe, not running a goddamned bed and breakfast. Hey! Hands off!" I snapped at a girl reaching for the TV remote.

The girl stuck up her middle finger and moved away, scowling.

"I'm not gonna even bother with you. How long until the press conference?" Elysse asked, slumping into her chair deeper, clearly trying to grab milliseconds of sleep.

"Two minutes," I replied tersely, absently tapping my fingers on Harry's shoulders. The only reason he could even take a break from shielding so many different aura signals was because of the second telepath we'd found. I didn't know her name, but she was way more talkative than Harry.

Elysse shot up in a panic, "Two minutes?!" She spat, basically gasping for air. "You mean, the president of the United States, the Prime Minister of Canada, and a hundred thousand world leaders are about to launch into a press conference possibly about us, in two minutes?!"

Everyone in the drawing-room turned to stare at her, but Elysse wasn't quite finished. She hyperventilated wildly, her fingers moving to pluck out her eyebrows.

"Whoa, whoa!" Devon slapped her hands away, materializing out of the corridor. "What's going on here? Simin, what did you say?"

"Me?" I laughed, sounding a little crazy myself. "She just realized that we might all be hunted down on an official basis by the governments of every freaking nation in the world." My heartbeat thudded in my ears, and I inhaled slowly, trying to not lose it. Literally, nothing that could be said today to make our lives any better. We could become lab rats; we could be hunted, spied on, carted away into dark places, used as official weapons, etc.

Devon let go of Elysse's hands and kneeled down in front of her, failing to calm her down. "C'mon, you're being stupid, Ellie. You maintained a 4.0 GPA for months while we were under attack. You've handled all your shit better than all of us. We need you, so keep it together." He was uncharacteristically kind.

I realized, watching them, that I wanted John here. I needed him to be here, to help me keep it together. Feeling pressure on my hand, I looked down. Harry sat up, holding one of my hands in his own and reaching blindly for his glasses.

But John had his own shit to deal with. I squeezed Harry's hand back in return, making room near my legs as people filled in.

Cassie, the only pregnant one of us, took the space next to Harry. The twins, Mike and Jason, placed themselves directly in front of the television, one of them holding popcorn. Ivanna had her hair up in a towel, and she leaned against the wall, and others, so many others stopped everything they were doing. All of us were drawn in by the sheer weight of this broadcast, frozen with halted hearts and slow breaths. Because today, a bunch of idiots motivated by their own needs, who didn't know us or care about us would define everything.

I turned the sound up as the president of the United States took the podium. This was the place we were closest to, the supposed home of democracy, and if we were going to be safe, we would be safe in the U.S.

He spoke, voice deep and solemn. "Good afternoon. Today I come before you to discuss the realities of the newest threat faced by this country." Behind him stood the hunter witch, Delia O'Malley, and Harry jerked his arm next to me. We all recognized the woman who had personally overseen the killing of our kind.

I leaned forward, my heart thundering, blood cold. The room held its breath.

"We don't know where they come from or what they want. We face a threat from inside this nation: individuals with abilities unlike anything seen before. Some can set things on fire, move things with their minds-"

Devon swore, and both of us shared a look, knowing that indirectly we had given all of us away at some point.

"Though it may seem unbelievable, there is more evidence each day of the existence of these people, possible biological weapons created by enemy states or rogue scientists. In any case, we have one of them in custody, and we shall have full answers soon."

Elysse gave a shocked cry, her hand rising up to her mouth. Murmurs erupted in the room as everyone frantically discussed what had been said so far and what could be said. Next to me, Harry clutched at his head, agony printed across his face.

"Upstairs," I told him, moving my legs to let him escape.

"At present, we are taking action to safely and peacefully bring these individuals into custody. Those who have these abilities without choice, who are not enemies of this state need to surrender themselves immediately. Together we will move-"

"Hell no!" Someone shouted, and their yell was echoed by someone else.

I forcefully ripped my eyes away from the screen, numb with rage. The room burst into noise and I jumped to my feet, knowing that I had to take control. John had gone to convince the U.S. government we were safe, for all we knew, he was the specimen in custody. He had failed, and I couldn't let this fall apart.

"Stop, stop everyone!" I snapped, but it was lost in the chaos of the room. I gave up fast, unable to step up. They had gone crazy, and everyone should be acting insane! How the hell were we supposed to survive this?

Elysse was also up, she'd run to the door to stop people from leaving. We couldn't let them get caught and give us away, or get captured. Devon was shouting without success.

All of us were adrift, I realized, turning to look at the TV. Our world-the world would never be the same. The president's lips moved, but he'd already cost us everything. From this moment on, we were enemies of the state unless we surrendered our rights.

The screaming and shouting in the room distorted for me, dulled. All I could see was the panicked people.

Cassie grabbed my hand, pulling me out of my daze. "You need to get them to stop!" She cried out, shaking my shoulders. "Take control!" Something made of glass crashed onto the floor in the kitchen, the sound of violence and riots. I heard someone crying, but it was lost in the wall of noise that filled the house.

Devon gave up on crowd control too, running to help Elysse stop people from leaving.

I nodded, still feeling like I was floating, dreaming maybe. People were throwing things, moving, and getting nowhere, and I grabbed Mike's arm. Mike stopped arguing with David Park and shouted at me. "What?"

"Do it!" I yelled, pointing to the fire alarm. Mike nodded in understanding and narrowed his eyes at it.

The fire alarm went off, and everyone stopped. The initial confusion was overwhelmed by sound, and they stopped, waiting to listen. I climbed the sofa and slammed my hand into the alarm, making it fall off the roof.

"If you want to know what you're supposed to be doing right now, sit down," I ordered, my voice cracking at the end. But I continued, keeping my voice firm. "Anyone who wants to die, leave now, but you can't come back. Ever." I stated, which stopped the people who had started moving. "Everyone else, back away from the door. John gave me instructions about what to do,"

Some people scoffed and looked mutinous, but they were peer-pressured down. That got them to sit, everyone tensely settled themselves, trusting John.

I inhaled lightly, gathering my nerve. Yeah, John gave me instructions. He said to lead them, confidence not included.

Elysse smiled encouragingly from the door, lifting and lowering her hands in a breathe sign.

Devon mouthed at me, what the hell are you doing, you imbecile?

I heard Harry's voice in my head: Tell them what we all need to hear.

"Okay, everyone is gonna keep doing what we've been doing. What the hell changed? We were being hunted by witches, cops were suspicious and there was a general calamity. I know you're scared, but we all need to keep our shit together." I borrowed Devon's words, mimicked John's calmness. "What we need to do right now, is wait. We need to lie low, stay safe, we need to stay together. It's not easy! So if you'd be more comfortable in the basement of the CIA, or the FBI, you need to go now. Everyone else, who wants to live, and is brave enough to keep going, get back to work. More instructions will come soon." I watched them, panting slightly. They watched me, unsure, scared, and some of them nodded back.

They dispersed, getting back to work. Devon came up to me, helping me down. "Nicely played, now will you stop giving lousy speeches and help us make a plan?"

I think I was shaking. "Yeah, because your ideas were working-oh, wait, you didn't do anything!"

"Okay, chill out, George Washington, let me help you keep your election promises."

I groaned, pressing my hands into my eyes. "Oh my god, how am I gonna-"

Devon took my arms and looked me right in the eye. "They need you, you can't keep waiting for John to make it better. The world keeps on moving. You're gonna need to step up, but you aren't alone."

I hugged him, unable to stop myself. "Thanks, loser."

Okay, moment's over. "You gonna keep hugging me or are we getting working done?" I patted him on the shoulder and walked upstairs. 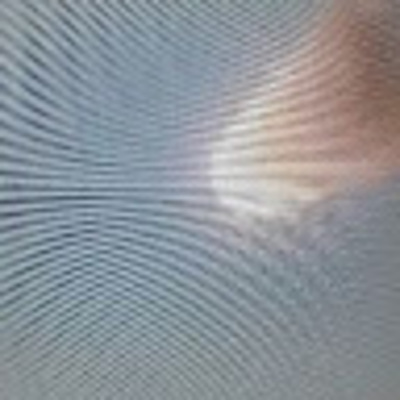 I really love your stories. Can please read mine.

The ending was amazing! I love your choice of language (lol) Im gonna read all your stories (as much as I can) cause they are hella good. -Cass

Thank you so much for all your lovely feedback :), I like your stories too and I learn so much by reading them! Cheers ;)