The Skies are Real

Submitted for Contest #80 in response to: Start your story with a major news event breaking — one that will change the world forever.... view prompt

(Warning: this is going to happen, however the story is somewhat an exhortation and the scenes are his own prospect.)

“The END IS NEAR!” The news reporter introduced with a bang that startled me like I was a focused kitten.

It has always been. I wonder who the sources were, I tap my chin intermittently with my brows furrowed at the screen.

“Millions of people have been reported missing. According to Christian theology, this is the so called ‘rapture’, when his chosen people will rise to the skies without undergoing the tribulation that will surface the earth. What will only be left are their clothes, but their bodies are brought up to the heavens. Never take the mark of the beast, the mark that will grant access to malls, and to other places, but this would mean you have given up your faith and worship the Devil, and, that you’re doomed to hell. NEVER TAKE THE-.”, the Christian News Media reporter was interrupted, someone certainly is behind this, in charge of the one-world government. The television and media have been shut down, and ministry seems to be impossible. The TV’s abruptly switched off, and I huff in my couch.

I grab my phone on the glass table on my left and dial Dad. No answer. I try again, for the seventh time, my hands almost grow crooked, it simply rings, yet to no avail, he wouldn’t pick the phone up. I holler for mom, which happens to be cooking something, yet no reply rings my ears.

I shudder, and pray. I sprint to the kitchen, I see her clothes, her apron, her shirt, and, I never expected to see her bra or pantie, but it lies on the floor. She must’ve gone naked, but that presumption’s downright impossible. Maybe…. maybe she’s, raptured.

Vexation trickles down my spine, I’m in an apocalypse, no. Worse than that, I’m in a tribulation. I’ll suffer more than gunning ludicrous zombies, and there’s a fork in the road.

I pray. This might’ve been because, of my vile character. My insincere faith, and my selfishness. I had been swayed by the standards of this world, and remorse staggers my head. This never felt so true, all this, and the truth, slowly it materializes. I knew about the rapture, yet I doubted it. This is where doubt brought me. My father used to tell details about it before going to bed in the dining table. I scurry to my room, and remember that I’ll have to secure the house before those antichrists barge in. I return to my room, my hands heavily dangling in my shoulders, my head stooped low, my eyes deep-set in sadness and terror. Every step I take, decreases my hope, escalates the trepidation and a bead of sweat glides down to the floor.

I slam the door, lounge at the table, and a notebook nabs my attention. I toss it to my bed and I soar towards it as if I lost my own mind in the abyss.

I roar and glare at the ceiling. I turn on the electric fan, and slide the curtains to conceal myself.

I need to gather every grain of hope dispersed in the thorny grounds. I feel distressed, as if tons of daggers of truth and reality race to my heart. Fear besieges me, intimidatingly swaggering closer with a net to ensnare me. The song “Oceans (Where feet may fail)”, reminded me to call upon His name, and snap, they vanished. My bed sheets form waves and I slap it. I lunge for a pen, try to write something, yet am too despondent to do so.

I thank God. Perhaps he has a mission for me, and, I smile when I realize that, those who had faith in Him has a golden second chance! No, not just a second, a thousand of times he pardoned me, not just me, but to all of us, even in this horrendous times I have to face, with God.

There’s the fork in the road I talked about. On the path on my left, well, it seemed to be the easier way. It had guards on it, and I couldn’t enter it without getting the mark. I could access the grocery stores, and the malls, yet I have to ponder before deliberately yet imbecilely take a step. I take something, and stand on it, to see what the end of the way has in store for those who enter. I hear howls, and bellows, and shrills, yet, as dark as the unfathomable depth. Many are going that way.

I see the other path, that is, on my right. Only a very few bothered to trek the road. No guard, however, there is terror waiting to those who trudge in. It’s a perilous path, thorns pointing against each other, and men from the other camp will search for you, and when your caught, they’ll make you suffer. Cut your limbs off, or even murder you when you resist to get the mark. Before you walk in, you’ll have to get a flashlight to light your way. Albeit the path was totally painstaking, reward is sitting at the edge. Heaven is awaiting you! God will commend you, and ineffable joy will occupy your heart. You’ll glorify God, and you’ll live, not happily ever after, but joyfully ever after!

I envisioned what lies ahead. What’s more is, God’s light and love provides chances and choices, and, the decision lies in your hands.

I’m not off to litter and slather the chances bestowed to me. It’s time to work, and I’ll have to spread God’s word and scatter hope! I take the road not taken.

I moan and lament, make a wide step, and pray. God promised he’ll never leave me nor will he forsake me. Amen!

In these times, faith is more strengthened. They’ll see the truth and there’s diminutive room for feeble faith. I squeeze my eyes shut, I yawn and sleep.

The next day, my eyes jolt open, and am reminded of my work to get done as a faithful servant. I hauled the door open and valiantly, I put my hands on my waist, my chin cocked up, with a fierce facial composure. God’s with me, and there’s no reason to give up.

I reluctantly saunter out of the house, and knock on my neighbor’s residence. My feet propel me to hide, and run for my life. But I ward that thought of my mind.

“Yes?”, one woman retorted to my knock. She opens her door, and I wait for seconds till she reaches the gate and invites me in.

I stay in the front of the door to protect myself. Who knows, she might’ve had the mark of the beast. Except, she’s covering it. I glance at her wrist, but she’s wearing a long wool sleeve.

I grit my teeth awkwardly, and my eyes dance around. I pull her by her palm and unroll the sleeve about three inches. Phew, no mark. But then, there’s another place they’d put it. The forehead. I unveiled her bangs, and it wrote three of the same numbers:666.

I grip her by the elbow sternly and shake her. Indignantly, with a hint of sadness and frustration, and fear, “What have you done!?”, my eyes moisten and a realization lingers in my head because I hadn’t taken action yet:

It’s time to run for my life. I thank God He guided me, told you, He’ll never leave me, nor will He forsake me. 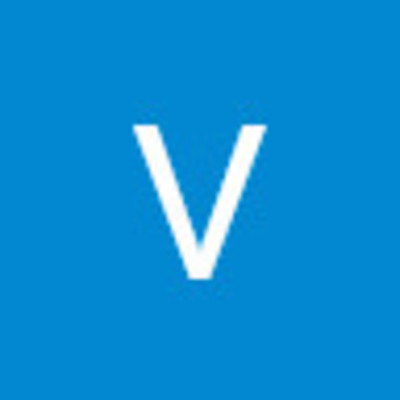 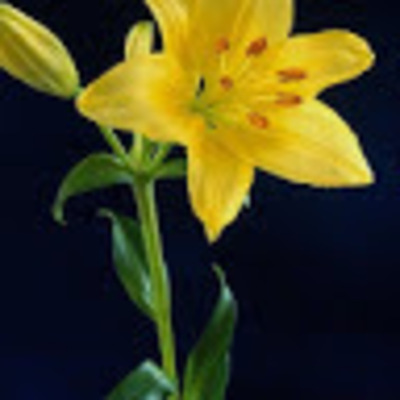 Wow! Thanks for being bold enough to write a rapture story. I'm also a believer in Jesus. May we never be left behind. What's more? I also wrote a rapture related story as my first submission here, titled Vanished! Kindly help me check it out and review it. God bless you. 💖💖💖

I love this. There's a book series about the rapture. It's called "Left Behind"