Submitted for Contest #8 in response to: Write a story about an adventure on the water.... view prompt

“Make yourself useful and get up to the crow’s nest,” Darius growled, pushing a metal tube towards Marly. A heavy hand reddened by the sun threatened to cuff the smaller figure.

﻿ Marly took a hasty step backwards nearly tripping on the rope coiled at the base of the mast, much to the amusement of the other deckhands. Quickly regaining her footing, Marly moved to the mast, still a little unsteady with the ship’s sway on the water. She tucked the spyglass into the waistband of her britches and started up the ladder. The journey up was nauseating, but the view at the top was worth it. After scrambling onto the platform, she shielded her eyes from the bright sun glistening off the brilliantly deep blue of the ocean all around. Marly planted her feet carefully and pulled out the spyglass.

“They never clean it,” she muttered to herself. She wiped the lens with her shirt, but it seemed to smear the mysterious substance even more. She breathed out on the glass and tried to clean it again with slightly better success. Enough to make out a barely discernible figure on the port horizon. Marly twisted the spyglass ever so slightly to focus it on the hazy spot. She wasn’t worried since it had been several days since they’d seen so much as a barrel.

“Probably an islet,” Marly told herself. She scanned the rest of the horizon briefly then sat down, glad for the rest. Her arms ached, and she rubbed one hand wearily along the opposite arm, wincing. She glanced down at her hands. Flecks of white and red rose against her dark skin in the callouses that were forming. She leaned back against the mast, looked up into the sky, and sighed deeply.

Though the days were long and the work was hard, Marly found life on the ship to be oddly satisfying. It beat sitting around a parlor as an ornamental bride. One of her hands pushed through her ash brown hair which she had chopped short prior to the ship’s departure from port.

She sighed again, knowing Darius would be yelling for her in a moment. She got to her feet, once again swaying with the ship’s movement. “If I don’t do another look, he’ll send me back up here,” she said aloud. For a moment, she considered it, but the climb itself was tiring. Instead, she raised the spyglass again and did another sweep of the horizon. The object off the port side had taken a clearer form, and her eyes widened. After tucking the spyglass into her waistband, Marly hurried as quickly as she dared down the ladder.

“Well?” Darius snarled, not bothering to wait for Marly’s feet to touch the deck. “Report.”

“Ship off the port side,” she said between breaths. “A big one.”

Though the large man’s expression did not change much, Marly thought she saw a flash of fear before he began barking out orders. Soon she was scrambling out of the way of the rest of the crew as they prepared the cannons. Her slight frame was handy for crawling up the mast, but she was less than useless for carrying cannonballs.

The ship groaned as it banked to the starboard side, and Marly found herself below deck and hanging onto the rope that lined the bulkhead so she wouldn’t be tossed about as the wind caught the sail. She closed her eyes, silently begging her stomach to keep its contents.

“Brace!” called a cabin boy from the other side of the compartment. It came too late, and Marly’s vision went dark as her head hit the bulkhead.

Water splashed against Marly’s face, and she slowly regained consciousness. The water seeped along the deck, soaking into her britches. She groaned, holding a hand against her head. A hand hauled her up, straining under her arm.

“Get up and start bailing,” the cabin boy growled and pushed a bucket into her hand. He let go of her and pulled away. The band holding his sandy hair had come loose. He pushed some of the long tendrils behind his ear, turned away, and knelt down to the baseboard. Over his shoulder Marly could see a hole where water spurted in and splattered the deck.

Fear clutched her heart as she started scooping the water and tossing it out one of the portholes. They were nowhere near land. If the ship went down, they’d be lucky to be eaten by sharks before dying of thirst. Marly ignored the pounding in her head and doubled her efforts to get rid of the water that seemed to continue pouring in faster than she could remove it.

Shouts and clangs from the deck above made her pause. She exchanged a look with the cabin boy who put down a wooden plank and held the hammer up as a weapon. He started up the ladderwell and disappeared from sight. Moments later, she heard several thuds as a body tumbled down the stairs. A squeak escaped Marly’s mouth. She withdrew to a corner and hid behind a couple of barrels that were still secured.

Splashing sounds told her someone was approaching. The water continued to rise. It covered Marly’s boots. If she moved, whoever was attacking the ship could kill her. If she didn’t move, the water would do it for them. Pressing her body tightly against the bulkhead, she waited for the figure to move past her hiding spot. When it did, she stepped out and shoved hard to throw the man off balance before pushing through the water as quickly as she could to the ladderwell. The man cursed as he went down. She glanced at the crumpled body of the cabin boy but didn’t stop until she reached the top deck.

The chaos of the fight stopped her in her tracks. Wood splintered up in chunks along the deck. The aft mast was starting to fall, and the ship’s wheel was in pieces. Bodies lay strewn out where they’d been cut down. Marly recognized most of them as she glanced around and felt another wave of sickness wash over her. The overpowering scent of iron filled her nose as she scrambled away from the ladderwell. Someone behind her yelled, and she threw herself out of the way as a man’s sword came down where she’d been standing moments before.

The man turned to face her, his ruddy visage snarling with glee. “Cap’n would like you,” he said as his arm reached out to grab Marly.

She jumped out of his reach and made a break for the main mast. Her hands closed on the ladder, and she started climbing. The man shouted curses at her as she climbed further up. Then he did something that made her blood run cold. He started laughing.

“Where do you think you’re going to go?” he called up after her.

She ignored the jeering and kept going. At the crow’s nest, she finally spared a glance down. The fighting continued, but more of the ship’s crew had fallen. Marly could see Darius’s limp form near the remains of the ship’s wheel. The enemy’s ship drifted nearby, looking for all the world like a cat waiting for a mouse to perish. Marly leaned back against the mast again, her thoughts racing.

She hadn’t made it this far to give up now. She stood up and took hold of the rigging line. Using the now-torn sail as cover, Marly used the rope to climb down the mast on the opposite side until she reached the crossbar. Her heart pounded so hard that she thought it would burst from her chest. The rope only took her a couple of steps out onto the crossbar before it snagged. She retreated and took shaky breaths.

“I can’t do this,” Marly gasped. Tears pricked at her eyes. The shouting from below was starting to lessen only to be replaced by the screams of dying men. Marly steadied her resolve and lowered herself so that her legs wrapped around the crossbar. She inched along in that fashion for several minutes, praying the sail obscured her movements.

A cracking sound made her head whip around. The aft mast continued to fall, and she braced herself for the impact of it hitting the main mast. It shook through her whole body. Her tired limbs lost their grip, and Marly began to fall.

Hitting the water forced the breath from her body, but instinct told her to keep her mouth closed. When she opened her eyes, the water stung. She kicked as hard as she could. The light above seemed to taunt her as her water-logged clothes tried to drag her down into the depths. 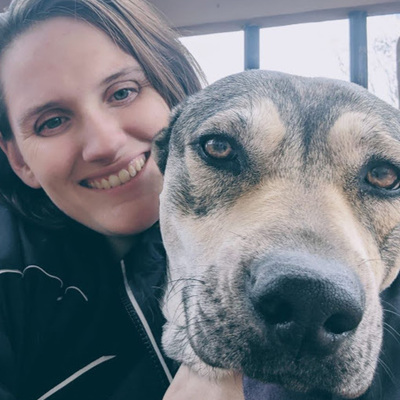