Submitted for Contest #8 in response to: Write a story about an adventure in a small town.... view prompt 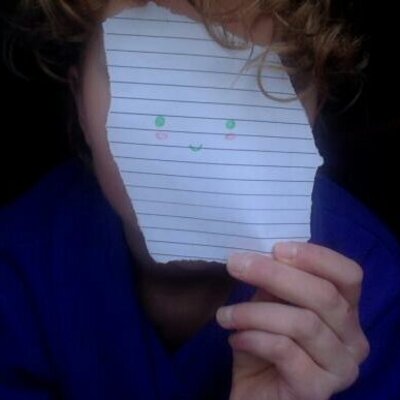 I never expected anything exciting to happen to me in the small town of Pondview, East Carolina, but with my luck, it was inevitable. Well, I guess my luck isn’t all bad, considering I didn’t die. An adventure seemed like something anyone would want when they were bored, but this kind of adventure was something nobody wanted. July 4, 3020 was supposed to be a day to celebrate our country. Instead, it was being torn apart.

The day had begun normally, with nothing interesting happening. And that was when it happened.

Small, hard spheres fell from the sky, exploding on impact. Huge flame licked the sides of my house, and I ran outside. We hadn’t expected to be bombed, with the population being so small, only 1,203 people in the town, but apparently the military didn’t care how small we were. Their plan to eliminate all the people of the United States of America was slowly becoming a reality as the bombs continued to fall. We all ran in the direction of the one safe house constructed underground. I tripped on a piece of one of those ancient vessels, called a car, and noticed a large gash on my arm from the jagged metal.

All around me, more bombs were falling. The military’s new scientists were creating bombs that immobilized every human in a one mile radius of the explosion. Thankfully, these were the older bombs, and they focused the explosions near metal. Not many of our houses were made of metal, so we only had a few houses to worry about.

The symbol for the safe house, a heart with the word hope inside it, was spray painted on the wall. An arrow going through the heart pointed me in the direction to run. People merged together to run the final stretch toward the safe house.

I estimated the distance left. 50 yards. 40 yards. 30 yards. 10 yards. An enormous black orb of death fell from the sky, going right next to me. I watched the bomb hit the ground, almost in slow motion, and fell to the ground four feet away as the bomb’s force shoved me to the ground. My ears were ringing as everyone ran over me, desperate to make it to the safe house before the next bomb fell. No such luck. Seconds later, another bomb landed almost directly on the safe house. I faded in and out of consciousness, the edges of my vision blurry.

When I awoke, it felt as though a stampede had trampled me. Well, pretty much. I didn’t even want to think about how many people had trampled me, thinking I was dead. Or maybe they didn’t care in their rush to escape. I attempted to sit up, and was struck by a wave of dizziness. I laid back down, and looked around me.

All around I saw the charred remains of the town all around me. Apparently, the military had used multiple types of their advanced bombs to destroy my town. Ashes and dust floated around, and I was completely covered in it.

I carefully stood up, trying not to fall when my leg buckled beneath my weight. After a futile attempt at standing up again, I looked toward the safe house, trying to determine if it would be safe to go to it and take shelter. Half of a building obstructed my view. It was a miracle it had not fallen on me as I was laying there unconscious. I climbed over the rubble, and the safe house was gone. In its place was an expansive pit. The ‘safe house’ wasn’t actually safe.

We should have known. The government had built the safe houses, so obviously they knew where they were. They knew exactly where to bomb to destroy the most amount of people. This had all been a trap to kill my town. I spent the rest of the day walking around my town, searching for other survivors. I obviously knew the military jumped out of their planes to shoot survivors, but I still hoped someone might be alive.

Everywhere I went, nobody I found was still breathing. Everyone was dead. Not me though. I took this as a sign. I needed to do something important with my life, I needed to make a difference. But first, I had to find someone else that had survived the bombing. I heard a sound behind me, and turned to sprint behind a building. I saw a person I was unfamiliar with, clothed completely in black.

The stranger called out to me, saying, “We will not hurt you. We have come to search for survivors. We are not working from the government. Could you please come out?”

I climbed as the person spoke, quickly scaling the crumbling building in front of me. I was in a position where I could see the person but the person could not see me. At the top of the building another figure crouched, also clothed in black. This person appeared to be wielding one of the older gun models, perfectly enough. The older guns were longer than the newer versions, and they didn’t shoot as far.

This one’s back was to the chimney, and I silently crept behind the chimney. I used a long ball of strong string to tie two pieces to the chimney. I would need to make a distraction. I threw a rock onto the next building over, and just as planned, the person turned to look at the building. I quickly tied one end of the nearly invisible string to the butt of the person’s gun. The person every so slightly heard me, and swung their head the other way. I tied the other sting to the barrel of the gun, and slipped behind the chimney. Everything flowed smoothly, following the plan almost exactly.

The process was repeated for the two remaining figures positioned around, and at long last I climbed the final building. The figure removed their mask, and I gasped. I’m almost positive it was heard. My brother, who had been presumed to be dead, was now with these random people. I did this one a bit sloppier so I didn’t injure him too harshly. I got into position where the sound would echo and finally answered his question.

“Prove you’re not working for the government, or all of you will be lucky to be alive. And I refuse to leave my spot.”

I ran to another pile of rubble, and hid behind a cement block, the string trailing behind me.

“We have no proof. I am alone, and I will talk to you before violence needs to be used. Come to me, alone, and we can negotiate.”

Obviously, he didn’t realize I’d already found the three snipers hiding on the roofs of the nearby houses. I yanked the string, and all three snipers’ heads were smacked against the walls behind them. They were instantly knocked unconscious, and I slowly walked toward the human in front of me.

“Yes?” I said. He looked properly terrified, and I loved it.

“They were not supposed to be here, and for that I apologize. I didn’t mean for any of this to lead to violence and death.”

“First of all, they’re only unconscious. Second of all, I asked if you had proof, and you started your sentence with ‘we’. Who are you? All of you? Tell the truth, or the worst injury around here won’t be someone unconscious.”

“We’re the survivors of the city bombings.” As he spoke I noticed a few more details leading me to believe he is male. His stance, for one as well as his voice were dead giveaways to his gender. He continued, “All four of us found each other after our cities were blown up. First, my city. Next, was Charlotte’s city. The next city was more of a town, and it was where John had lived. The most recent one, Laine’s, was beside your town. We’re searching here for survivors, and we stumbled upon you, knocking us unconscious.”

“Okay, I believe you. Have you learned anything about all of this?”

“The military leaves a person of twenty years or younger alive after each bombing, alternating genders. We aren’t sure why, but it’s happening. This area was already searched for anything useful, and you’d be surprised at how much food didn’t explode. We have to start moving immediately to the next city. Are you coming with us or not? If you don’t you’ll probably die, and if I’m being honest, if you come with us you’ll probably die, it will just be longer before you do die. Your choice. Go with us or stay here?”