Grace, clambered down from the bus and watched it slither away like a snake on fire: flashing red, whining. Fifty yards up Valley Road, it veered out of sight around a hairpin curve, belched a plume of exhaust and was gone. She gazed across the street at the entrance of Beverly Grove. Squat stone pillars with broken tops marked the neighbourhoods boarders, with a scatter of houses set in no particular order on irregular one acre plots. There was the shrill of barking dogs, and a revving motorbike. Grace squinted through the glare, searching for someone. Her heart was doing a drum roll as she walked past Honey street. Restless, she deposited her booths in a hillock of dried leaves and started to walk faster. Wavering shadows played over the surface in an eye-fooling kaleidoscope. There had been frequent accidents around this Area. At least two people had been run over, one kidnapped and one robbed and stabbed. As rumours had it, the Area is marked as high crime Area. She looked this way, and that way, but still no one.

Once in a while, when she got stuck late with one of her Speech patients at the hospital and couldn’t meet the early bus, her mother would be standing beside Pillars along the road when the bus pulled up. Now that her mother has passed on, she could picture her now. She imagined the way her face would change when she spotted her. Her mouth would move in an exaggerated circle of greeting and then spread in a smile.  Absorbed in her thoughts and memories of her mother, she could not see the man coming towards her. When she finally spotted him, she started to shiver. Her legs were glued to the ground, she came to a stand still and couldn’t move, couldn’t run away. The tall, bushy beard man grabbed her, and before she screamed, the stranger had already put a soaked cloth on her mouth and nose. She carried her to a nearby deserted house. In what looked like hours , Grace came back to life. She didn’t know where she was . She wiped her face with her palms, looked around, and brittled with fear, she stood up, went to the door, but when she was about to hold the door handle, a voice cautioned her to stop. Her nerves mauled by fear, she turned and saw a woman at the left corner of the room.

“They’ve locked it, it won’t open, the voice said “

“ Who are you?, Grace demanded.” At that moment Grace's mind was spinning.

I’m Jenna, Jenna Wade, the woman at the corner responded.”

Grace got closer and saw that the woman was badly beaten. Her eyes were swollen and her entire face bruised. She went rushing to sit beside the woman and she froze when she clearly saw the extend of her injury. Panic nipped at the boarders of her mind. Her chest heaved as she dragged breath into a throat swollen with despair. Kneeling beside Jenna, she quietly with deep aching sobs, started to cry. She cried for a long time. She didn’t know how long she bowed her head on her knees and cried, when suddenly she willed herself back to rationality. Jenna held her close the whole time to calm her. She run her fingers in Grace hair, brushing her hair back to comfort her. Funny how Jenna, who in this instance is the one who’s stronger even after hear ordeal.

“ They’ve kept me here for two days now. I tried to break the door but when they came back, and took turns to beat me up, Jenna explained.”

“ Two days? Oh no! I don’t want to be here. Why, what do they want from us?.” Grace started trembling uncontrollably. Jenna held her closer and whispered in her ear.

“ Please stop crying, this is no time for that. We need to stay calm and make a plan to get out of here.”

“ I don’t want to die Jenna, please tell me they won’t hurt us, Grace continued crying.”

The rattle of the door handle shook them and they held each other, eyes wide open, waiting for whoever might come in, not knowing their fate. A man entered the room, scanned the room with his eyes, and when he saw how the two women held each other, he smiled.

“ At least you have made friend, I love that. Tomorrow we are moving  and I don’t want trouble, the man said.” He left the room and locked the door.

“ Moving? What does that supposed to mean, Grace enquired from Jenna.”

“All I know is that, we should leave this place today. Please don’t ask me how, only God knows, Jenna said, trying to stand up from the corner “

“Jenna, I’m scared and I can’t think of anything. Please tell me what I should do to help. I really want to go home.”

“ Grace, by the grace of God, we will be out of here today. Put your ear on the door to hear every sound the make. Soon they’ll be out to look for others.”

“ Yes, other woman like us. So please hear me well. Stop crying and do as I say.” Jenna  gave Grace instructions on how to go about and they searched the room for any metal that they can use to escape.

Grace wiped her tears and helped Jenna. The two ladies worked so well together. They’ve met for only a few hours but the manner in which they related and managed to open the door of that room, surprised both of them. Grace could sense that instant closeness between them. It was a feeling she missed. She could not to remember the way to connect with anyone. Even her bond with her boyfriend George seemed fragile, a brittle filament where once there had been a massive steel cable. She found a sister in Jenna and without a doubt, Jenna felt something too because in those few hours she treated her like her little sister. Grace and Jenna escaped that night and both confirmed that their meeting was no coincidence. It was a perfect match made in heaven. 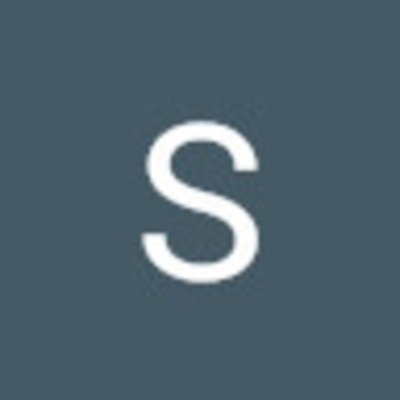 Nice story! Interesting plot that makes it easy to read. Some grammatical errors were distracting but could always tell what you meant. :)

Thanks Sam. We look into the errors .