Warning: This has been written while I was in a Writer’s Block. Many elements to this story are terrible, and this is definitely not my best work. I apologize. Read with caution.

I closed my eyes, hearing at the waves crashing onto the shore. The sand tickled between my toes. The warm sun baked my face.

And there wasn’t a single person here.

I breathed in the salty air. This was something I haven’t had for a while. Peace. Quiet. Tranquility. I could finally feel guilty for what I did. Alone.

Footsteps thudded against the sand behind me. I groaned inwardly. Couldn’t I just be left alone for a day?

Petra Feeney plopped down next to me, her usual smile stitched across her face.

“Woah, woah, woah.” Petra held up her hands in an act of surrender. “I was just asking how you were. Your aura doesn’t look that happy. Should we just meet tomorrow?”

I sighed. I couldn’t stand that look Petra gave me. Her disappointment was written all over her face. She didn’t want to wait another day.

Petra frowned. She stared at me, and I felt like a bug under a microscope. I shifted uncomfortably.

At last, she laughed.

“Come on,” Petra grinned. “You should know by now that you can’t lie to me.”

“I know something’s up. You know you can tell me, right?”

I looked down at my toes. Petra had been my friend for as long as I could remember. We had literally met the day we were born. I knew I could tell her anything.

But I just couldn’t. It had to stay bottled up inside me. If I take off the lid, the entire bottle will break.

We sat quietly for a few minutes, gazing at the waves lapping at the shore. It was moments like this where I felt like everything was okay.

Out of the corner of my eye, I saw Petra looking at me again. I could almost hear the wheels of her brain creaking as she tried to form a solution.

I raised an eyebrow.

Petra fidgeted with the bracelet that she always wore. The one I had given to her on her tenth birthday. Since then, I’ve never seen her without it.

The bracelet was nothing special. Just a rubber cord with hazel and amber colored beads. But Petra had cherished it.

I was too embarrassed to admit that I had made a matching bracelet when I was ten, and I had kept it for all those years.

“You know,” Petra smiled sadly, like she was thinking of better times. When everything wasn’t so complicated and messed up. “When we were kids. We used to play that game, remember? Truthful for Ten. We would take turns. For ten minutes, one person had to spill. Be completely honest. Talk about anything. Their life, their opinions, their feelings. It was our little game. Our little friendship session.”

I nodded. The memories were coming back to me. I remembered all those times we would confide in each other. Spill all of our deepest secrets.

Well, all but one. One secret had to stay buried. Always.

“Can you go first, Jenz?” Petra pleaded. “This will be good for you. You need to get it out. I can sense you’ve been hiding something. Just release it.”

She pulled out her phone and set the timer. Ten minutes.

Breathe in. Breathe out. Just get it over with. Tell her. She deserves to know.

“You might hate me for what I’m going to tell you.”

“Even if you pulled a Luke and tried to poison me with a pit scorpion, I wouldn’t hate you.”

“Of course you haven’t read the books. Continue.”

“Life had always seemed perfect for a long time. I had a father who loved me. My school life was great. I had great friends. I had all of the freedom I wanted.

“Then, everything changed when I was twelve. I remember it so clearly, like it had all happened yesterday.

“I was walking home from school alone, when my phone lit up with a text. It was my dad, telling me to meet him in the city. He gave me the exact location, which was an Italian restaurant, ‘La Lanterna’, on 1224 Griswold street.

“So I went there. Back then, I knew not to question my father.

“Every nerve of me had screamed that something wasn’t right. If dad had wanted me to go to a restaurant, he would’ve told me before I went to school. My father thinks that me going to the city by myself is too dangerous. He would’ve picked me up from school. I shouldn’t be in the city alone. It isn’t wise.

“But I had always loved the restaurants in cities. Especially in Detroit.

I stopped. I didn’t want to talk about it anymore.

Petra put her hand in mine. The gesture was surprising, but comforting. When I didn’t let go, she looked me in the eye.

“You don’t have to tell me. I can tell talking about it is giving you pain instead of taking it away like I thought it would. I won’t blame you for clamming up.”

I drew in a shaky breath.

“When I got to the restaurant, my father was there. But an anarchist group was also there. The Shadow Rising.”

“The anarchist group that never gets caught by the police?”

“I don’t know how they do it. They had taken over the restaurant. I’ve never seen anything like it. And the leader of the group. . .”

“It was my aunt. I never even thought I had one.

“Turns out, I do. She hates dad with every fiber of her soul. I was never sure why. Some family history, I guess. My aunt wanted to kill dad. And she would have.

“But my aunt offered me a deal. She never had any kids, but she had always wanted one. To ‘shape their mind to her will and make them support her cause’.”

I put those words in air quotes.

“But her brother had a child. Me. And she wanted to use me in her plan.

“And if I cooperated, she would spare my father and not kill him. Dad knew about the plan. I could tell he didn’t want me to cooperate. He was willing to die as long as I somehow stopped my aunt. He was a selfless man.”

“Was,” Petra noted. “But I literally just saw your dad a few weeks ago!”

I laughed bitterly, although there wasn’t anything funny about this situation.

“Robert Young is NOT my father. He’s my foster parent who just happens to have the same last name as me. He certainly never acts like my real father. I haven’t heard one nice word from him about me since the day I’ve met him.”

“Most people don’t. Anyway, I didn’t want my father to die, of course. I could never have that. So I told my aunt I would do what she asked and participate in her plan.

“I’ll never forget my aunt’s smile when I told her I’ll participate in her plan. It was crueler and colder than any smile I’ve ever seen. But the scariest thing was her smile. . . it looked so much like mine. The thought of me looking like that woman, who hurt so many lives. . .”

I shuddered. To this day, that thought will chill me to the bone.

“As soon as she told me her plan, I wanted to back out and stop her. I wanted to turn her in to the police. But I didn’t want to sacrifice my dad’s life. So I went along with it.”

Tears were streaming down my face now. I wanted to wipe them away, but I was still frozen in the memories.

Petra’s face was a mask of sympathy. I hadn’t even told her what I did, but she seemed to understand. Would she forgive me?

I looked down at the sand so I couldn’t see Petra’s reaction. My voice was no louder than a whisper.

“I’m a murderer. Responsible for so many important lives. While I didn’t kill all of the people that were killed that day, I might as well have. I did nothing to stop my aunt. I should’ve. But I went along with it, all for my dad.

“And my aunt killed him anyway. I have no real family left.”

I could hear the timer ringing, but it sounded tiny and far away.

Petra’s hand squeezed mine. She didn’t say anything. She didn’t tell me that I should’ve been more brave and stood up to my aunt. She didn’t say, “ I’m sorry,” like most people would have. She just sat with me, wiping the tears from my face.

After a while, I looked at Petra, trying to read her. For once, I couldn’t. All sorts of emotions swirled inside her, but I couldn’t tell what they were. I wondered why.

I looked at her.

"I’m your family too.” Petra squeezed my hand again. But it seemed more sisterly. “I’ll always be there for you. And I don’t hate you for what you did. The past is in the past. You were only twelve. Just don’t do it again.”

How did she forgive me so easily? How can she accept me for what I had done? It was still a mystery.

But those questions were all for another day. For now, I’ll just sit with Petra and stare at the beautiful sunset.

I’ll sit with my real family.

I referenced the Percy Jackson books and Frozen in this story (for some weird reason). Can you quote them? 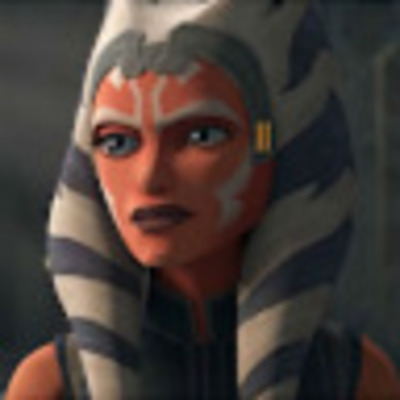 Thank you for submitting a form! I’ll include you in my story’s! Thx!

And I think I found a frozen reference, the tick tock tick tock. Right?