Submitted for Contest #79 in response to: Write about someone who discovers the only family member they have left has just betrayed them.... view prompt

“We are recording.” The interviewer said. “So, Mr. Carl,” He clasped his hands in front of him. “Tell us how you ended up at our doorstep, and why you are turning yourself in?”

“Who said anything about turning anyone in?” Luka tried to jerk his hands out of the handcuffs, but the metal chain just rattled. “I’m here to tell you about the person who committed the crime. It wasn’t me!”

“No one was accusing you of that,” The interviewer replied smoothly.

“I am accusing you now, because of this,” The interviewer held up a handwritten sheet of paper. Luka leaned forward, trying to read the tiny script, but he couldn’t make it out. The writing looked familiar, but he couldn’t place it.

The interviewer slid the paper over the table, so Luka could finally read it.

“No. This isn’t real.” His voice trembled as he stared horrified at the little sheet of paper. “Nora would never do this. We’re all that we have left, why would she do this?”

The interviewer pulled a computer out of his leather satchel. He opened it and turned the screen to face Luka. “This is your family, correct?” Five figures were shooting at targets. Each bullet hitting the center over and over again.

“Why are you showing me this?” Luka tried to pull the handcuffs again to no avail.

“Because,” The interviewer turned the screen back to himself. “Two weeks ago, we approached Ms. Nora Carl. We knew that she’s been visiting your family, and we also knew that she knew who had committed the murder of ten operatives one month ago. So we gave her an ultimatum, either turn you in or she has to kill every single one of your family members herself. Did she choose right though?” The interviewer sneered.

“What? She was visiting them? They betrayed us. Why would she do that?” Luka growled. Nora had been his anchor when he needed her. When the rest of that family had joined the government, Nora had run away with him.

The interviewer had a dark smile on his face. “You’re not going to like that answer.”

Luka gave him a look. “I don’t like a lot of your answers. So tell me!”

“Maybe she was already an operative. Maybe she was assigned to you to make sure you didn’t cause trouble…. Or maybe she really just loved you.” The interviewer’s voice was playful, disguising the cruelty of his words.

The interviewer--for the first time in the past hour--showed a true sign of worry. “Mr. Carl! Calm down! You will be restrained,” When Luka didn’t stop, the interviewer pulled out a gun and pointed it at Luka’s head. “I will shoot you, a bullet to the shoulder never killed anyone, but I’ve heard it’s painful. So I suggest you stop.”

Luka’s hands froze in midair. “I thought you’d come around.” The interviewer’s sneering demeanor was back.

“You could never shoot me, you still don’t have a confession. Plus, that machine over there is still recording.” His eyes flicked over to the recorder’s green light and sound waves being graphed onto a sheet of paper.

“I have other ways to get a confession out of you,” The interviewer rolled up the sleeves of his shirt. “In court, this signed note alone could get you a thirty year sentence in prison.”

“Then what else do you want from me?” Luka whispered. “Thirty years is enough, isn’t it?” He stared at the interviewer with wide eyes.

“No, brother,” A female voice entered the room. “I want you dead.” Nora smirked. In the dark light, the puffiness of her face wasn’t visible. No one could see the sadness in her eyes as she said that, all they could see was the hate that she put forward. No one heard the tiny tremble in her voice or saw the hurt in her eyes when she saw the betrayal in her brother’s. No one saw.

“What…? Why, Nora?” Luka asked, staring at her with wide eyes. “Why did you even let me leave, if-if you believed all of this?”

“I’m sorry, Luka. I'm so sorry,” Nora tried to say something else, but it got caught in her throat.

“Luka, you will tell me everything, please. This is better for everyone,” Nora said, expelling a breath, keeping her voice steady.

“Who is this better for, Nor? This isn’t right, you know this, yet you’re letting this happen.” Luka tried to appeal to his sister.

“I have to, so just tell us. Nothing will happen to you,” She whispered in a soothing voice. One that he knew well. One that he had heard almost every night growing up. Her whispered stories, drowning out the screaming of their parents.

“Liar,” Luka blinked back tears, he would stay strong in the end. Even if he was alone. “And I’m not telling you anything. You already know what happened, and you know why it had to happen--”

“Do you know what he’s talking about, Miss Carl? In your interrogation, I remember that you said you knew nothing.” The interviewer cocked his head to the right.

“I’m still here, you know,” I interrupted them. “Aren’t you supposed to be a top secret government agency? You’re revealing all of your secrets to me right now.”

“Time’s up, Miss Carl,” A guard tapped on the door. The interviewer whispered something into Nora’s ear, but Luka couldn’t hear it. Nora walked out, her head held high. There wasn’t any point to pretending to not be scared, but she could leave the remaining shreds of her dignity.

“Now,” The interviewer turned back to Luka. “Let’s try the other methods, shall we? Guards!” He snapped his fingers and two armed soldiers entered the room and unlocked Luka’s cuffs. They grabbed him by the shoulders and hustled him out of the room. The interviewer pushed a button on the recorder and the bright green light flickered off, leaving the room in darkness.

“Where are we going?” Luka asked, struggling in the guards’ arms.

“If you don’t shut up, I will gag you. Do you want to make the situation even worse than it already is?” The interviewer called over his shoulder.

They passed other agents, soldiers, and guards, but none of them gave Luka or the interviewer a second glance.

“Here,” The interviewer opened a door. “Lock him in place, I’ll be taking it from here.” The guards looked dubious, but they did what he said.

When Luka saw the machine, he began to scream. “No! Not there! Anywhere, but there! Please!”

The interviewer’s smile was wide and cruel, as the soldiers clicked the final straps in place. “This is what you brought us to, Mr. Carl. I didn’t want to do this, but we have to do what we have to do for the job, correct?”

“No, no, no, no!” A sharp buzzing sound filled the air like bees, but this was worse than bees. This was a torture device, no one came back from.

Large metal plates aligned themselves with Luka’s head and pressed into it. An electric pulse shocked Luka, but there was nothing he could do.

“Do you know what this does?” The interviewer asked. Luka stayed quiet, glaring at him. “This sends an electric pulse into your brain and it loosens your lips about certain things.”

“We’ll see. So tell me, Mr. Carl, why did you kill those ten guards?” The interviewer asked, gently pushing the stick higher on the panel in front of him.

“No-No-Not telling you,” Luka clenched his teeth, the pulse stronger.

The door slammed open, cold light flooding in. The person in the doorway raised a gun and shot the interviewer in the head. Luka gaped at the figure.

“Really, brother? Did you really think I wouldn’t come back for you?” She smiled. “Now come on, we need to leave.” 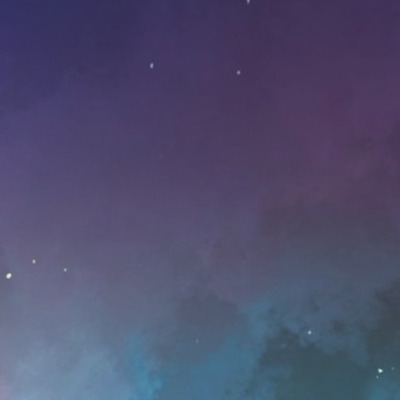