Both, him and her

She was beautiful. Her chocolate brown eyes were filled with hope and joy. Her soft, delicate hands crafted wonderous worlds. Her pink lips curled as they formed each melodious note she sang. Sne would dance. Soft, slow and graceful moves, on sweet rythms. Her hands shifted gracefully, as her delicate feet slid across the marble floor. Her hair flew as a bird who broke free.

Her eyes glinted with happiness when she danced. She drew. Her hands crafted wonders. Her brows scrunched together between frustration and confusion on where to place the next stroke. She believed each stroke of its importance. Like each piece in a puzzle.She would spend weeks, and weeks on the eyes. She believed them to be the most important. "It is not how the world is, it is how we see it." She would say.

He was striking. His hazel eyes crowded with questions and intelligence. His hands wove. Wove melodies one could listen on and on. Maybe it was how he would start nervous, and then end up proud, or was it how he delicately plucked the guitar strings as the sound echoed off the Maple wood and found a path to her ears. She would laugh, a sweet, fun, sound. She made the lyrics, as he wove the melodies.

He sketched. Birds, Tigers, and dragons. He would take a satisfied breath after each sketch, gleaming at his hands wonders. He cooked, anything and everything. He believed each spice was of importance. A dish missing something, anything, was incomplete. "You need all of them to understand, compromise, and sacrifice, to get the right flavour." He would say.

He loved to make her laugh. She loved to see his grin. She loved daisies. He loved sunflowers. She liked how with bland, and boring white all around them, they generated optimism and made their hearts yellow and cheerful. He liked how when rain came the sunflowers would protect their seeds, but still look at the place the last saw the sun, and how they knew the sun would be there fighting its way through the dark, stormy, clouds.

They loved each other. They still do. Their life was a beautiful one. One filled with stolen kisses from each other, pretty lied from the headmaster, sweet surprises for each other, old hoodies that smelled like him no matter how much she washed it.

Their favourite thing was moonlight walks. Twining there fingers with each others, and walking into the moonlit park. It wasn't allowed, of course. But they snuck in. They would sit on park benches and read in the moon's light. She would read Harry Potter, as he wanted her to, which would take ages. As he read Keeper Of The Lost Cities, as she wanted him to, which would take ages. On every bench in Marwood Park, you could see their initials scribbled under the benches, making marks that would last forever.

She still couldn't sleep without hearing her mother's recording. The lullahubye, the one about the seasons. It used to be sweet, hearing her voice, but now she could hear it in old memories. She remembered bits and pieces of it.

He still couldn't sleep without his stuffed bunny, Bun-Bun. The tattered blue bunny, he, him and her, had seen and survived many things. Evil foster teachers, and battles with the Dark Rulers, dueled with twigs from the apple tree, and snuck out at night, to get cheeseburgers from the old Wendy's. Stole pennies and dimes from the pockets of the headmaster. They went through a lot after all.

But now they were happy, and together. Both, him, and her.

So, it is not a story it's a description. Description of a couple. I loved it. The description made me travel to the land of imagination where I can see them both in love looking deep into their eyes. It's ok to be plotless rather than not having a plot at all. It's cute and delicate. Keep writing.

:D thanks so much!! I always love your comments !

WELCOME. lOVE U TOO

Interesting. I do have some critique. In the start, the first thing I notice is "choco-brown". It ruins the mood. Use the full word 'chocolate'. Second thing: "Her eyes glinted with happiness when she danced. " Add this sentence to the end of the other paragraph, as you're talking about drawing now. here, "there fingers" Make that start "Entwining their fingers" (just grammar thing lol). I like it. However, these types of stories are better either drawled out or chopped into pieces (like I normally do it) and what's interesting here is that...

Thanks!! I'll make those changes too! Any tips for a better plot?

Sure! First, you gotta think- What IS a plot? Well, it's the story line. It's the beginning, then the middle, then the end. What you have here is a lovely baseline of introducing the characters in a beautiful way. And then you stop. While readers will eat the chocolate chips on their own, they'll be much more satisfied with the whole cookie, get it? So the main thing you need to add is CLIMAX because then the rising and falling action comes naturally. In romance, there are a ton of options, contrary to popular belief, in what the conflict c...

No problem! It was a long rant of advice so I'm glad it made sense :)

A new story is out would love your feedback.

Sia! Oh, my gosh! This was insane! Your description was off the charts, and the overall story was just... mind-blowing. I can't get over it. Seriously. Amazing. Your friend, Brooke

Sia! Oh, my gosh! This was insane! Your description was off the charts, and the overall story was just... mind-blowing. I can't get over it. Seriously. Amazing. Your friend, Brooke

Oh gosh! So sorry Brooke! I didn't get the notification for this :/ Aww, ohmigosh, thanks! Don't flatter me too much! (I'll become annoying) ;) lol

heyooo siaaaaa i like this cuz it was a sweet story tinged with some romance and you kept everything anonymous the whole time :D love that a couple critiques: the breaks between the paragraphs started with "***" and ended with "▪︎○▪︎" i would recommend using the same one for the whole story, but that's just me being picky :P "She believed them to be the most important. "It is not how the world is, it is how we see it." She would say. . . "You need all of them to understand, compromise, and sacrifice, to get the right flavour." He would sa...

New story out, would love your feedback on it.

Of course I'm in school rn, but I'll do it asap

Awwwwwwwwwwwwwwwwwwwwwwww This Was ADORABLE! By the way, the addition of Bun-Bun made me laugh XDD I love it when the title ends up being the last sentence of the story, it makes the thing much more- complete! I loved the ending, and I loved you descriptions as well!

Hey! This was really sweet, it kind of read like the last chapter in a book. I liked how even though you mentioned they went through some hard times, you didn't have to focus on that so much. It was a description but also a summary of two lives well lived. One critique is on the title. It may have just been me, but when I started reading it and you were describing the characters, I was thinking, "Both? Him and her? Like is a third character going to fall in love with both of them?" Because both means more, in my opinion, "I have to choose be...

Absolutely beautiful. And the ending....*chef's kiss* 'Both, him, and her' (excuse me whilst I wipe the tear)

This made me grin so hard! *smiles too much while her jaws cry in agony*

Very sweet story! And like I said before you have really improved your writing! Its gotten really good in such a short amount of time. Your plots are always a gem! And this was very good! I love the way you wrote this! My critique is that I noticed some misspelled words like about 3 or 4 there's nothing you can do about it but here are some I noticed "lullahubye" "Sne" but thats it! Great job Sia! Keep writing!

Awwwwww, thanks SO FREAKIN MUVH UGOCHI!!! Gosh, this is soooo sweet! <33 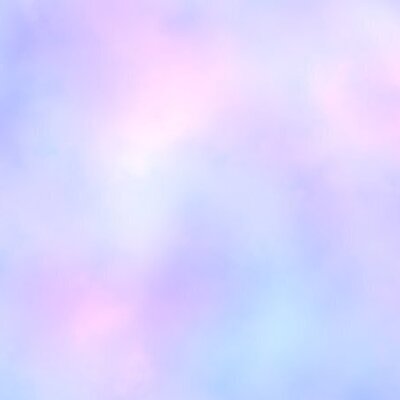 Hiee! Lol, its okay. I'm bored as heck. Are you sure you can't write anymore? Copy paste extra words over and over, submit. Then wait for 5-10 minutes, and edit out the extra words!

:D I submitted something new! Aww thanks so much!! I didn't like my name that much fill i heard how much my online friends like it <3 What's yours? Its okay if u don't want to share

Yay! Wow! Thats so cool! Tip: if u don't like ur name, u can shorten it or make a nickname. How about Coco? Or Co

Hi! I'm a newbie, and I'm absolutely stunned to read this story! Wow!! You're pretty talented! Btw, I've tried to submit a story ( i deleted it after that cause i didn't like it) and i heard the word count was 1k minimum. how did u do this?? :O Sorry for being nosyy :( This was so adorable btw, please tell me if u r doing a sequel! 😍

Hey! Welcome to Reedsy! <333 ohmigosh thanks sis!! Oh! Btw, don't delete them, it'll help u know how good or bad you are! My first story was trash :/ Yeah! Well um.... I kinda cropped the words out after submitting! But don't make them too short okay? This one was 770 words so it worked Aw, its okay! :D omg thanks!! I might!! (Btw of u like sad-ish stories, you should try happy birthday, or Apple Cheddar Pie, and if you like, horror, Daisy Mccrazy is good!) :)

Awww thankssss a lot sis!! And thanks for following meee ackkk gonna follow u back!!

Cheers to your First follower!!

Wow, such a descriptive, melodious story...... it was a marvelous, and short read happy today! =)

This. Was..... INCREDIBLE!!!!!!!!!!!!! OMGS!!!!!! The descriptions were AMAZING!! The romance was so sweeeeeet aghhhhhh The mention of backstories, like he would have memories of "evil foster teachers" and "battles with the Dark Rulers", and that bit about the fact that she "still couldn't sleep without hearing her mother's recording.... those were great. One thing, though. "Sne would dance." Pretty sure that's a "She", not a "Sne". Or it might be intentional and I'm just stupid to not realize it. Just happened to notice that "Sn...

Its going tiredddddddddddd, how's it for youuuuuuuuu Oh yayyyyyyyyy