it will leave you, believe me, it will."

I felt the tears fall down my

face once more, creating trails of grief and memory. Were those really her last

words to everyone as so many people had said? Or were they words that ended her time with us and preluded her time somewhere else, with someone else.

The horrible, twisted part was that she didn't die.

She just lay dead. Her heart kept beating but it didn't beat the rhythm of life, just the monotony of not-death. She wasn't passionate, she didn't have emotions or thoughts or feelings, she had a heartbeat, that was the only thing to her name.

But I did have someone with me, was that better or worse?

His name was Abdu Abeo, he was from a distant country. He witnessed the flames, the screams...

...the whisper of death's calling. I knew Death would take someone that midnight, but what I didn't know is that he would drain the life, not snatch it.

Abdu had been visiting his Grandmother. He was on his way home when he saw it...an explosion. He was about 400 feet away from it. I was in it. Dark clouds of smoke engulfed me, killing me slowly, possessing me.

My sister, Ari, called me. I saw the burnt flesh on her face. It was a miracle we both didn't die right then, it was a phenomenon that she had enough wisdom to know one of us would make it out of there the same, and that it wouldn't be her. She had the oomph to tell me one last sentence, a clause I would live by:

it will leave you, believe me it will."

I think someone took over took her, spouted wisdom from her chapped lips. Someone knew that she wouldn't ever be able to speak again, and that her last words were to be momentous.

Abdu called authorities as soon as he could get over the heart-wrenching shock. I was passed out by this point, but I remember the hint of red and blue lights touching the ash-ridden sky. I heard muffled yells, screams, and commands. I heard the last moments of my life that wouldn't be filled with anxiety, fear, distrust, hate, and anger,

because I was too injured to think.

Before the authorities came, Abdu rushed into the smoke. I don't know how he could have done it, what powered him, pushed him into the cloud of almost certain death. He knew someone in there needed saving, and he jumped to the occasion.

The last thing I remember for the next week was his strong arms around me, engulfing me. I don’t know if he knew he would ever see me again, or if he knew our relationship would strengthen so much.

I don’t think he knew he would fall in love with me, a nervous wreck that couldn’t sit next to anything with the potential of gas or flames, a person that was so

broken that the only think he could do to me was fix me.

The rest of the story someone else told me. Either Abdu or a rogue fireman or policewoman.

Someone saw my sister’s blackened, bruised body, her seared soul, her helpless coughs. Someone else told me of the shattered glass embedded into my body, a foreign object a part of me. Abdu relayed the cause of the accident.

It was a plain mistake from the manufacture of the fireplace, some gas had built up in the back portion and had eventually gotten too hot, thus the explosion. It made no difference in any one’s mind, it could have been a Terrorist’s bomb or the end of the world, either way it would have been of life-changing impact, a thing brought by the Devil’s doing.

Afterwards, although not after the grief because there was no way I could get over the grief that flooded my eyes, tore my soul and broke my heart, but instead two-years after the event, Abdu started a relationship with me.

We were one-year apart, we have been born a world-apart, we were different people, different races, different everything. But we had been connected, intertwined, by one event that started killing my sister, and ruined his vacation.

I have never written this down before, I have told my five children, I have expressed my griefs and doubts to Abdu, once I even whispered the harsh tale to my sleeping grandchild through the mist of tears, but I write this to the survivors, not the dead. To the depressed, not the joyful. To the hurt, the sick, not the healthy. I write this to you.

Abdu is the best thing in my life. But would I have saved my sister in order to never meet Abdu? That is a question I ask myself every minute of every day, every second of my life is questioning and tangling and hurting and dying, yet I live, and I live in love.

Without it I might have had nieces and nephews. Without it my sister could have experienced love, she would have grown up out of her frail age of ten, without she would breathe the air we all take for granted. But also, without the explosion Abdu would have kept walking. Without it my five children and seventeen grandchildren wouldn’t have been born. I wouldn’t live with sorrow, but I would never be able to comprehend true joy and I would take it for granted. I would take everything for granted.

But most of all, take things for granted while you still can, because one day, you will lose it all. 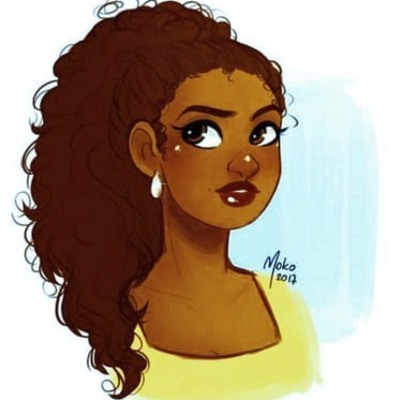 Angie this is absolutely beautiful, never ever give up writing ~Pegs

Oh wow, thank you so much. Sorry I didn't see this before!

This is just an amazing write. I have no words because I'm crying right now. The emotion, the plot, the whole symbolism, and story expression were just perfect.

Oh, wow 𝖪𝕒ɾɪ𝕟𝖺! This really makes my day. :) Your words are so kind, thank you so much! -Rose