Submitted for Contest #78 in response to: Write about someone who keeps picking up different hobbies but never manages to stick with them.... view prompt

He wiped the dust off an old book, and the vision from twenty-six years ago came back. With instinct, he felt around the back of a neck that was starting to sag. No hair. None. Was the memory a fact of the past or a dream? The aftermath of long months spent getting the hair just right had left Joe with nothing but dead, faded remnants. Once a thick ebony, now thin and frayed. Once, it hung over his shoulders like a royal curtain. Now, it colored his sunburned scalp in pale patches.

Joe thumbed through pages of tablature. They were a sick yellow. Probably mostly from age, but also from years of smoking. He rolled a hazy milk-chocolate eye as he moped his way down Memory Lane. At the time, it was an unwritten rule that to be successful in the metal scene, you had to smoke.

And so he did. For the entire three months he endured the torture of practice, he always had a cigarette in his already-crooked mouth while playing. He thought by imitating his friends, who could play instruments like they were natural extensions of their arms and hands, the ability would come to him. But he hated cigarettes, and never could understand the allure, or what the nicotine did to give these guitar-eating buddies that extra edge he lacked.

By the time he was into the third month of practice, Joe had drawn the conclusion that the smoking had nothing to do with mastering Jimi Hendrix. It was all about "being born with it". There was so much more to that than genetics. It also had everything to do with environment. In order to be born with it, you had to be born into a supportive family with the decency to name you something better than "Joe", for starters. Sure, there was Joe Walsh and Joe Satriani, but their last names made up for the dullness of their firsts.

He stared at the music he'd once tried to read. A gaping burn hole at the bottom corner of the Purple Haze page reminded him of crashing and burning. Every time he dared venture into new territory by dabbling in a hobby, he crashed and burned. It went nowhere. All the nights of meditating on where he kept going wrong - or was it just a fancy way of feeling sorry for himself - had earned him nothing but deeper shades of dark in the skin crescents beneath his eyes.

The notes, with all their topsy-turvy calligraphy danced across the page, daring him to bother ever trying again. But again, they gelled into one giant, hopeless smear of nonsense. Nothing had changed in twenty-six years. Nothing.

The last Joe knew, the Fender was no longer in the pawn shop. Someone more destined to be the next Ed Halen had taken the shiny crimson, star-shaped axe into their worthy hands and done something with their life. He let the atlas-sized book slip out of his brittle, spidery fingers and into the trash. It was long past time to stop kicking at this dead horse.

As Joe looked through his smudged kitchen window trying to let go of nagging memories, he used what little energy he had to straighten his posture. Five feet away outside, a razor-sharp spade stood in the middle of upturned dirt. That's all I've ever done. Turn up dirt, he brooded. With a streaming sigh through half-clenched teeth, he slowly shifted his cloudy eyes to the right even though he knew better.

That bent, rusty nail was still sticking out of the living room wall. He'd never bothered hanging anything else from it. Plain existence, plain decor. Anything looked better in its place than that unsightly flop from thirteen years ago. Even the chipped, dull-white paneling behind it looked better.

The year 2008 remained a grease stain on his soul. He couldn't go near the nail without falling apart. So he sat as always, on the hard, cold bar stool behind the kitchen counter with his back turned away from the living room. Their special sofa was still in its place over there behind him, right below the nail. He clicked on the old analog TV atop the refrigerator, hoping the noise would lull him into a forgetful trance. Sometimes it worked, sometimes not.

That painting never got finished. It would have been the closest thing to resurrecting her if only he hadn't screwed it up. Joe's photographic memory should have made it easy. He could picture Angie before the plane crash wiped her out of existence with a vividness he could practically reach out and touch.

Hers was a smirk of both mischief and adventure. That was one of the big things which had won him over. Angie was the inspiration and motivation in human form that he'd been missing all along. Not a doubt in his mind that, had she been around twenty-six years ago, he would have at least learned a few guitar chords. But she wasn't around then, and she wasn't around now.

He hated himself. Angie deserved better than to have her perfect essence mutilated by a shaky amateur's No. 4 brush. Her hair was long, smooth, and wavy like the rising sun on a lively stretch of sea. Now its incomplete, plain-red pastiness hung in limbo on the canvas, tucked safely away in the dry, inky tomb that was Joe's closet. Strangled by sticky cob webs. Aged into a half-finished old woman by thirteen years of his own neglect.

His favorite show was playing, but all that registered was the flicker. Right before Angie got taken away, she had encouraged him to pursue art. It was she who had dragged him around to all the craft shows, trying to persuade him that with a little faith and practice, he could do anything.

See? The prints on that piece of garbage are selling like hot cakes! I know you can do better than that lady!

It was a whisper which had fired him up and given him hope. He wasn't destined to be a mountain climber or a Cessna pilot or any of the dozens of other things Angie loved; but she had always insisted during the meager speck of time they were together that he was destined for something beyond average.

He turned off the TV and let the dimness of evening wash into the room. He didn't know why. Maybe because, at this point, he needed something to minimize the emptiness of the house. He sat and soaked. The infancy of nightfall was numbing to his thoughts for once. For a nice, long moment, his mind went blank.

As the crickets sang, he sensed a chin withered from a decade of looking down at the ground rub against his chest. He was praying. Without words, without thoughts. Then, an urge. A beckoning. No, more like an invitation. Like a distant, mischievous smirk. He didn't see it, but he felt it. Knew it.

The spade was brand new. All it needed was a person to use it. And that person was Joe. His chest thumped while gazing through the glass at the patch of yard he had in mind. Its peach hue was ghostly in the porch light. But first thing in the morning, he would get to work tilling it. The seeds were on standby, awaiting their orders to embark on their journey toward planthood.

A new book occupied his hands: Horticulture For Beginners And Quitters. Average Joe spent the rest of the evening outside reading beneath the porch light as the crickets sang. Average, for a moment, felt okay. All the visions of greatness tried, as usual, to creep in and tangle him, much like the weeds he knew he'd be at war with this whole Spring and Summer. But this time, things would finally be different. This time, he wouldn't be taking up a hobby for the greatness. This time neither mania, nor depression, nor death, nor life would sabotage a dream. He hoped.

Hey Gip! OML, this story...JOEEEE I CAN'T BELIEVE ITTTT *two days later after sobbing relentlessly for joe* Wow, this story was so good, I loved the aspect of being around nature and loving plants, and gHA i just loved it. Thanks for writing it!! -N

Thanks, Nainika. This winter storm really socked it to me for a whole week with house problems among other things. Sorry it took me so long to reply to this. I know whatever you've written since I was on here last is going to be great. Looking forward to checking it out :) 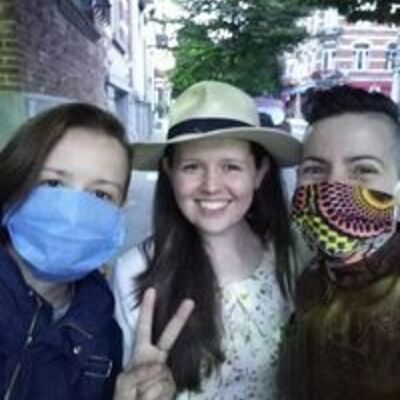 Ohhhhh Joe!! Poor Joe! I hope he finds beauty in the world around him again. They say being around nature is a salve for the soul, and perhaps Joe's horticultural endeavours will reawaken him to the beauty the world has to offer. Hopefully those little seeds will blossom and grow into something more for him... maybe he will finish that painting when he sees life glitter again! Gip, your way with words is so damned beautiful. The way you lay out the scene and grow your characters feels so effortless. Each one of your stories is a treasure.

Thanks for the comments, Amy! I wish laying out scenes and growing characters really was effortless. I felt like I'd pulled a muscle in my brain by the time I finished writing this one. Looking forward to reading your next little gem. 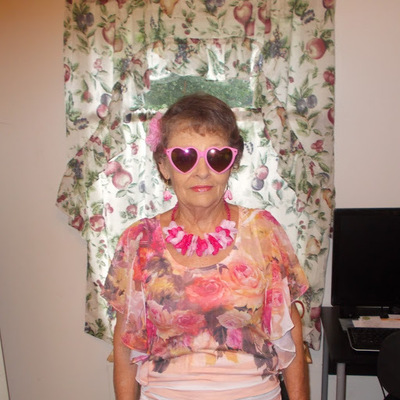 That story could have been written about a lot of people. Who knows, maby average Joe will turn out to be a fantastic gardener. He might find out that he really enjoys being outside digging in the dirt and growing beautiful plants.

Well, if I can dream up a plot that involves more than just a guy gardening, I might finally dare to attempt a sequel to a story. Haha. Thank you for reading my latest and the feedback.

I think there is a bit of average joe in all of us. Especially here. It was a pleasant tale. It is like Plato said "the greatest wealth is to live content with little" Thank you I enjoyed reading it.

Thank you, Tom. I like the Plato quote. I should look into some of these philosophers' works because I'll bet they were all awesome writers. I've read some of Arthur Schopenhauer's stuff, but haven't gotten around to Plato yet.

'The republic' is cool but read the crib notes. The original texts are pretty heavy.