The man at the top of the run told you that twenty miles an hour was as fast as you would end up going. Now you and your best friend were flying down the mountainside at what felt like more than that. Every second, you could feel a bounce from the uneven ground. You haven’t been on a sled since you were single digits in age. Looking down past your friend, you realize that the ride had just started.

“Do you want to stop?” Your friend’s shout was barely audible with so much wind darting past your ears.

You shake your head, trying to say that you didn’t want to go any farther, but they think you want to keep going. Inside your head, your voice just keeps saying the word “no” over and over. The shaking loosened your skull cap just enough to help it catch the wind and fly off behind you. It is lost, just as you feel your body will be, when it flies off the side of the mountain.

You remember the things that your mother said when you were little. She said to keep the beanie on tight and pulled all the way down. How she told you that you should go with your gut when it tells you that something is dangerous, then it is. She also told you not to eat yellow snow, and now there is a new streak of yellow snow forming behind you as your bladder empties. Your mother also said to make sure you go to the restroom before you go on a trip. Who would have known that a sled ride would take so long to get to the bottom? If you ever make it to the bottom.

You hold on tighter to the torso in front of you. After losing your cap, you started to fear of the rest of you falling off. The cold air began to sting your crotch and backside as the wetness spread in your pants. If only you would have put on those ridiculous snow pants, you could have avoided the painful bite that was starting to turn to numbness. At least you won’t have to worry about being embarrassed, as you were sure that you would be dead.

“Oh my god!” your friend let out a shrill. You naturally squeeze your eyes closed, deciding if you should let go of the torso and take your chances with falling off the back of the sled. “This is so exhilarating!” They finish their thought, and you reassess your grip to make sure you didn’t naturally let go to save yourself. Tears in your eyes began to freeze and made it difficult to open them, but reluctantly they freed themselves.

With your face pressed into your friends should blade, you can only see a blur of trees passing by. You figure that you were going twice as fast as you were only a few seconds earlier. The bumps in the path were now like the thrust of a machine gun, shaking your gut, your shoulders, and you head. Your teeth begin to chatter with the energy of auctioneer. A glance over your shoulder tells you that you are getting farther away from the start of the ride. A glance over your friend’s shoulder says that you have a way to go still.

The Sled pulls to one side slightly and your friend lets out an enthusiastic “Weeeeeeeee!” You watch as their hands alternate pulling the rope on the front of the sled. You start to move both of your hands closer to the steering rope and begin to look forward to a heavy pull that would send the sled tumbling down and eventually you would stop. Granted you would probably break several bones and wait in pain until you could be rescued. Your hands reclaim their position around the driver of the sled.

“Uh, oh!” These were the last words that anyone would want to hear when riding on the back of a sled. These words let you know that there is nothing good about to happen. Your choices once again begin to fly through your head, much the same as the frigid wind that was flying through it as well. And just like the wind, each one was there and gone in a split second.

Should you jump off?

Should you try and make it down the hill?

Should you have worn the heavier pants that would have hidden the pee?

Should you have not eaten that spicy burrito at lunch?

Should you suddenly have faith in god and ask for forgiveness? Should you go to an island for your next trip?

Should you find a new friend?

It was the burrito which was the only question that had an immediate answer. With all the shaking, swerving, and speeding, the burrito found its way back out the same way it entered. A sour, chunky, brown spray exploded from your mouth. A small amount made it to your friend’s jacket, but the majority of it sailed off the side of your head. You duck you head to avoid it hitting your face. This act caused the vomit to shoot down your neck. Some of the warmth made its way down inside your jacket and the rest blew behind you. You turn to get the rest of it out without hitting you and you watch as it hits the ground and streaked down the hillside.

You look out in front of you and you see what caused the distress from your friend. It appeared like the forest was about to hit the sled in half a second. The sled jerked slightly to the right and the trees thinned out of sight and the snow reappeared in front of you.

The sled hit a bigger bump and for a moment, it was in the air. You felt a strange freedom with no connection to the ground. The weightlessness was short-lived and the sled hit with a heavy impact. Your head popped forward but your friend was strong in the front. The second impact that you felt was your nose smacking into the back of your friend’s head. You hear a cracking sound and a warmth flowed out your nose and worked its way across your face with the help of the wind.

“You okay?” your friend’s voice was barely audible. Tears were sliding out your eyes. You close them. All you could do was press your face into your friend’s shoulder again and wait for the ride to end. A second later, you feel a strong shuttering of the sled and know that you were about to die.

“Woo, we made it!” Your friend’s voice was now crisp and clear. You open your eyes to see that the trees were no longer flying by you. Instead, the bottom of the mountain was bustling with people. You sit back and your friend stood up and turned around. “Oh my god! What happened to you?” 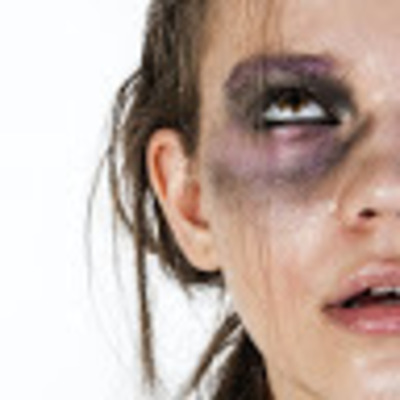 Gross! Lol. Hilarious and I appreciate how difficult it is to write in second person and make it work. I really do think that the friend would notice if the person behind them in the sled peed themselves so I found that part a bit unrealistic.

Thank you. I haven't seen snow in many years. I do remember sitting in front of my brother, going down a huge hill. I became so scared that I peed. It didn't make a yellow trail (that I know of), but it did soak into by brother's clothes. I don't remember making it to the bottom as he clocked me when he realized that I pee. I typically do not write anything funny. Most of my stories are a little dark or depressing. Thanks again. I will read your story.