Mystery Of The Hidden...

“What’s up with you nowadays? You don’t seem well” asked Ken

“I am just... you know missing my family” replied Jackson

“Hey only you and boss will be working today because the rest of us are going on holiday with our families, so you should ask the boss to let you work all night and then you can go on a holiday with your family,” explained Ken.

“It is not as easy as it appears Ken and also the work is too much,” said Jackson in a tired voice.

“Frankly, Mr. Jackson you are the one who left his work pending the whole year and now is trying to act as a victim,” remarked, Ken

“So, you should better complete your annual pending work tonight and head home as the sun rises” explained Ken ignoring Jackson’s reaction.

“Fine whatever let us go get some lunch my stomach is growling,” said Jackson giving in.

Jackson and Ken were workmates and best friends. Jackson was living in Seoul due to his workplace and his family lived in Busan. Jackson was a good employee but he started lacking off work due to his emotional condition. Winter holidays began and Jackson got worried as the boss won't allow him to go on holiday due to his incomplete work.

That night Jackson was working rapidly. The boss had gone home, the whole workplace was empty. Jackson was too immersed in his work to notice anything, suddenly there was a loud crashing sound Jackson went to look from the window to discover that a tree fell because of the blizzard, it was snowing heavily as Jackson returned to his work. Jackson completed his work and checked the time.

“Shit it’s 5:00 in the morning I have to clean this place and leave quickly” he muttered to himself.

He started cleaning up quickly and then he packed his bag. Jackson stepped out of the workplace but his path was jammed by fallen trees.

“Why the hell does it has to be me dealing with this?” Jackson cried angrily

Jackson decided to wait for cleanup people to visit in the morning for picking up trees.

He sat by the fire and went into deep thoughts. After sometime Jackson got up as he was bored, he went to explore the workplace not that he was new here he had been working in his place for 3 years now. The workplace was not a very big place but the rooms were spacious. There were pieces of wood and incomplete furniture everywhere. Each employee worked hard and they all had their rooms to build furniture without any disturbance. The workers didn’t visit each other rooms instead they all met at their favorite food stall in their break and off time. Employees had designed their rooms by their choices, they had decorated with plants, family pictures, their handmade masterpieces paintings, etc. Jackson explored every employee room even though his boss had told on their first day of the job that no one was allowed to explore each other rooms. Jackson walked down the corridor and stopped in front of Ken’s door, he turned the bolt but the room was locked then Jackson tried the boss room but his room was locked too and there was a passcode for it. Ken was the boss's assistant and Jackson's closest friend. Jackson searched for the key to Ken’s room and luckily, he found it without a lot of trouble. Jackson unlocked the door and stepped in, the sight he saw was unbelievable as he had expected a nicely decorated room instead, he found huge maps drawn pictures of all employees pasted on a board and untidy space. Jackson read the papers that were strewn all over the place still the pictures and maps made no sense. Jackson was about to exit the room when he saw a blue file, he picked it up and opened it, to his surprise he saw his profile and when he flipped the pages there were profiles of different employees that he had never met before. After some time scanning the file Jackson realized that these were the pictures of people that were pasted on the board. He turned around to look at the board and suddenly it hit him that the employees that were mentioned in the blue file were framed with red and the other workers were framed in blue while Jackson saw his photo framed with green. Jackson quickly took out his phone and searched the names of employees mentioned in the blue file and all of those employees were reported missing. Jackson searched the room again and this time he emptied the drawers and turned the whole room upside down, unluckily Jackson just found information about himself in printed papers. Jackson exited the room and stood in front of his boss's room, he stared at the passcode and his hand lifted up as he typed out ‘JACKSON’ and waited...

The passcode machine went green and the door opened as Jackson entered the room shaking. He searched the room and his hand stopped as he opened a red file. There was detailed information about each family member. At first, Jackson got scared but then he controlled himself and searched the whole room. Jackson stumbled and he sat on the floor his hand gripping his hair. He looked up and realized he hadn't noticed a small board at the corner of the room.

Jackson read the board and there was written the names of the missing employees and a red tick after the names and the last name was ‘Jackson’ and an empty box beside it ready to be filled. Jackson shuddered at the sight he now knew that his boss and Ken have either hidden or killed employees and reported missing them to the police. He was sure that the next employee is going to be him and he turned on his flashlight and went down to the basement that had a passcode on it Jackson entered the password and went down the stairs, the more the ground got closer the more Jackson got scared. Jackson finally reached the ground he shone his flashlight in front of him and walked forwards suddenly he heard muffled cries he shone the flashlight from where the voices were coming from and jumped at the sight. There were stretchers and machines and a lot of operating instruments. On the stretchers, there were people chained and some of them were tie to chairs and tables that Jackson realized he had made himself. The people were none other than those employees that were reported missing. Jackson untied one of them. The man Jackson untied suddenly sat on his feet and cried in a husky voice “Please help us all from them please I am begging you” Jackson lend the man a hand and picked him up and said “Can you please tell me what are you all doing here and who are you” “My name is Felix I was an employee until one day that stupid man with the help of his assistant dragged me here and now the two of them bring people here time to time and chain them up and then they operate us with unknown things they both are crazy please help us all out we have suffered for so many years now.” Felix pleaded as tears started to roll out of his eyes. With help of Felix, Jackson untied everyone and he led them all out of the basement. They all were standing in the corridor when they heard someone shout” Shit this thing the tree is blocking our entrance how are we supposed to finish our operation if we can't enter this place". Jackson knew at once that it was Ken outside the door with the boss, he quickly dialed 911 and told them his location and the situation.

The police surrounded the area and both Ken and the Boss were caught. The police informed Jackson that both of the culprits were physio doctors who loved operating people and the police been after them for a long time. The police thanked Jackson and rewarded him with money.

Jackson reached home and met his family telling the whole story and enjoying the cold night with a cup of coffee. 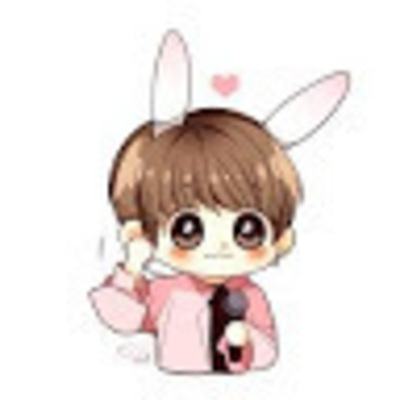