My boss disappeared a few months ago. He was last seen entering the office on security cameras. After his disappearance, the office turned into total chaos. We never predicted a situation like this. A few days later, the board elected a new boss. She's strict and restricted many areas we normally used to go to, like the pantry, lounge room, and other epic parts of the building. The only room we are allowed to go in is our office and the cafeteria. Day after day, it's been the same; almost uniform. He was gone during the summer. His parents held a funeral after a few months of searching. It was devastating.

Right now, it's winter. So far, there is light snow outside. I am in my cubicle doing some work. My friends are in the cafeteria, playing some ping pong. I got up and walked over to where the TV was. Next to it, there was a remote. I turned it on and changed to the channel to the weather. The reporter talked about a blizzard warning in the town which I live in. I looked outside. This time, the snow was falling down with a bit more force.

Our boss was running late. Turns out she spilled coffee during the driver to work, so now she has to clean up her car before coming here. The feather falling of the snow turned into an all-out blizzard a few minutes later. While working, my phone started to vibrate in the pocket, leaving my leg with a weird feeling. I pulled out my phone and read my notification. Our boss said she wouldn't be able to make it today. I instantly got up and ran toward the cafeteria. My friends, Ben and Leo, were checking their phones when I walked in, so I guess they saw the message too.

"Hey, did you guys get the notification," I asked.

"Perhaps, but what about going to the old places? The areas we used to go to," Ben said.

We stared at him, our mouths fixed to a smirk. Based on our psychic connection, I knew that we had the same answer. Of course, it's a yes.

As usual, the door was covered with 'DO NOT ENTER' signs, as if it was intimidating the three fellow adventurous co-workers. We carefully opened the door, checking if there were any traps. Nothing. We looked at the contents of the pantry. It had boxes of cookies, gummy worms, and other sugary items. We checked the expiration date on all of these items. They still had a few months. Then it hit us. The last time we used the pantry, it had other items in it, like chocolate, fries, and hot pockets, but this time, they were all different. That means our new boss had a secret stash of food.

We held a rebellion. Ben, Leo, and I jumped into the pile of food and grabbed what we can. We stuffed them in our pockets, cubicles, our mouth. Taking these items, we explored more of the restricted areas. The lounge room was the best in the office. It had beanbag chairs, video games, and massage chairs. We went in and saw the room exactly how we left it a few months ago. We pulled out the candy from the pantry and started munching on the snacks as we played some fun games like Minecraft and Super Smash Bros. When we got bored, we just pulled out our phones and shared our feed on social media apps. It was the best time of our lives. After that, we explored some more. Ben wasn't feeling well from the sugar rush, so we let him play some games in the lounge.

We were the only people in the building. Everyone had already left when the blizzard warning came on TV. We went to the cafeteria to do a little raid on the vending machine. The vending machine had an absurd price of 2 dollars per item, instead of the 1 dollar items in my previous workplace. Leo had quite long hands, so he managed to stick his hand into the tray on the bottom of the machine and pick random items from the bottom layer of snacks. While he did that, I went to the pizza section of the office. They were freshly baked, but the workers left during the blizzard warning, so no one was there. Luckily, the pizza's were left near a hot spot, so it was warm. I got the boxes and saw Leo with a handful of Dorito bags and soda. I nodded at him and we went back to the lounge room.

"BEEEENNN. WE GOT THEM SNACKS," I hollered.

I put down the boxes and Leo put down the bags and soda bottles. We walked across the room and saw a 'Floor Is Wet' sign. But then, I saw a pack of my favorite cookies right in the dead center of the wet area. I walked over and grabbed the pack of the sugary treats. Right when I was about to plop one in my mouth, a T-Rex appeared from the door and started running at me. I gasped and tried to run away, but slipped and fell on the wet floor. To break my fall, I landed on the sign, which made me sled a few feet before stopping. When I opened my eyes to see the damage, I saw the image of the T-Rex jumping down on me.

I punched it in the face. It punched me back. We stood up and balled our fists together. When I was to punch it again, I stopped.

"OH MY GOD BEN," I said as I ran up to the 'dinosaur' and removed its head. Behind the realistic mask was the face of Ben crying with laughter.

"HA HA HA. YOU SHOULD'VE SEEN YOUR FACE. BWAHAHAHAHA," He laughed as he fell to the floor.

I crouched and looked at the tears streaming down his laughing face. I punched him. Even after that, he was still laughing hysterically. I couldn't help but start laughing too. Leo joined in and we all laughed on the floor for another 5 minutes. After that, we got back up again and started playing some more video games while eating pizza, bagged foods, and drinks. We stuffed our faces until we fell asleep.

We woke up the next morning surprised. The time was 6:30; the time when our boss comes to work. Suddenly, the bell of the front door ringed through the air. She was here. Quickly, we cleaned up the whole mess in the lounge room and turned off the TV. Next, we ran to the pantry and cleaned up our messes there. After we were done with that, we closed the door. Unfortunately, Ben hit himself on the door.

"What was that," we heard from across the hall.

It was our boss. We swiftly ran out of the area and back into the cafeteria, where Leo put the snacks that we didn't eat back in their place. After that, we ran back into our cubicles and grabbed our laptops. Our boss still didn't inspect the cafeteria, so we ran back with our supplies. We sat together and pretended we were working on something. Our boss came in and was surprised to see us.

"Well well well, what are you guys doing here," she questioned.

"We came in a few minutes before you. We thought about working on something without any distractions before the rest of the co-workers come in," I reply.

"Ok then, Keep on working," she replied with a smile.

We reply with a smile as she walked out of the room.

"Mission: Success," we say together.

After all, we are the three fellow, adventurous co-workers (Maybe even the three musketeers) :). 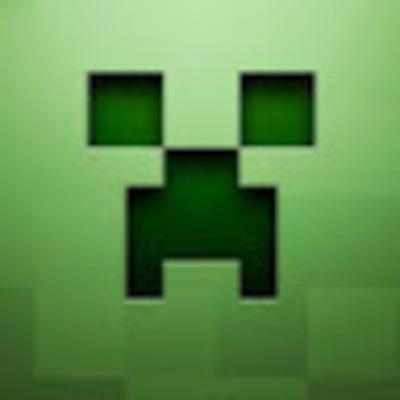