SNOW ALERT! HEAVY SNOW IS EXPECTED FOR THE NEXT FEW DAYS! PLEASE GET HOME OR IN A BUILDING! The loudspeaker boomed.

“Snow? Now?” James “Jam” Roger thought aloud. He turned to the room that he just came out of. A wedding. They had to have a wedding today. He thought to himself. He started cleaning off the twenty tables in the small stuffy room. He took down the sign that read “Happy days ahead”. He rolled the tables into a storage room off of the side of the room.

He grabbed a broom and started sweeping up confetti. The New Yorker had never heard of confetti at a wedding, but that’s the Montana style. And apparently, weddings in the middle of a resort building in the middle of winter was their style too. Nonetheless, he swept, and at least he was getting paid for it.

Time ticked by. A minute turned into an hour. An hour turned into two. Snow started to pile up against the hearty-built cabin. But the young man inside didn’t seem to notice, as he cleaned up the party.

“There. Done at last,” James said, and took a drink of leftover fruity punch. He put the broom away, and closed and locked the wooden door. He went to the janitor’s quarters and changed out of his custodian uniform, back into his comfy clothes. Brown boots, a sweater from a relative, jeans, a warm coat, and leather gloves received him gladly. He said his goodbyes to Jerry, the other janitor, who was old enough to have a long grey beard. As he was leaving, Jerry stopped him by saying, “Hey, where do you think you’re going?”

“Uh, home sir, why, is there a problem? Another spill to clean up?”

“No, no, but have you looked outside, sonny?”

“Uh, no. Did someone leave their skis out there?”

“No, no, just look outside and see for yourself.”

He turned his head to the glass doors. It was a blizzard. He couldn’t even see the sidewalk in front of the door.

“Pretty much,” Jerry said as he turned back to the spill he was cleaning. “Shoulda gone home when you had a chance, sonny.”

“Yeah, now I’m regretting that. But, I had work to do, so that was inevitable.”

“Yep. They make the mess, we clean it up. I don’t think we’ll be going anywhere soon, so if you’ll excuse me, I’ve got work to do.”

James took off his coat and hung it on the hook where it belonged. He walked over to the lounge area and sat down on the couch. James checked the time. 4:00, I was supposed to be gone by now, he thought to himself. He closed his eyes to rest for a few minutes.

Later, he got up to get a drink of water from the drinking fountain in the hallway. When he was done, he decided to walk around and check out the place. Since this was his Montana first winter, he wasn’t very used to the resort yet. There were the higher-up’s offices and the security stations, and much more to the resort that James hasn’t seen yet. So, he ventured upstairs.

The first thing that caught him off guard was that there was a white and black cat sitting on the tables where James cleaned daily. It had no collar, but it looked so much like an Oreo, and his boss had one like it named Oreo.

Expecting no response from the cat, he started to walk toward the offices.

“Wait a minute, did you want the answer to your question or not?”

He came back and stared at the cat.

“Did you say something, or are my eyes playing tricks on me?”

Meow, was his answer.

He looked around the corner and found a little boy, maybe twelve years old.

“Hey! What are you doing here after hours? Should your family be worried?”

“I don’t have one. This is my cat, Oreo. I spend lots of time in the resort though,” replied the boy with a red backwards hat.

“Really? Is that illegal?”

“You sure have a lot of questions, don’t you? No, it’s not illegal. I know that because it’s in the laws of this building. Too much paperwork for my head though. Anyways, that’s not important. Get back to whatever it is you were doing.”

“O-okay, but just clean up that cat hair, okay?”

The cat leaped off the table into his owner’s hands.

James continued his walk around to the offices. He stopped short when he came to one marked Do not enter, authorized personnel only. He opened the door. Inside the small room was a large desk covered in computers and buttons, one swivel chair, a file cabinet, and a mini fridge containing four regular Coke cans. He guessed that this is where all the cameras film their footage from. The Security room. He looked at the screens and saw that they were all blank except one, the cafe camera was still on and there was someone in the room. He zoomed in and saw that it was Jerry, taking a break behind the bar. When he tried to zoom back out, he accidentally pushed the big red button that said “DO NOT PUSH!” in all caps. “Whoops,” James commented.

The screen went black and a message ran across the screen saying, “ERROR, DELETING ALL FILES, RECORDINGS, AND FOOTAGE, PLEASE WAIT”

“AH! If Boss finds out about this, I will surely be fired.” He picked up a spare rag and wiped off the buttons, so they couldn’t find his prints on them. He carefully walked out of the room and closed the door. He shivered at the thought of it, the janitor being held guilty for deleting all the files and footage. I am starting to regret this curiosity of mine, he thought to himself. But, despite this thought, he continued down the hall to a door marked “Mr. Ramsey the “Boss” Please knock”. He opened the door and felt like he was called for being fired, the news no one wants to hear, the kind that makes you sweat just thinking about it. He was sweating like it was ninety degrees in there.

“Mr. Ramsey, sir, I take it all back! I’m sorry I ever did you wrong! I like my job, please I need the money!” James said, and felt that he had to. He wiped his brow and sat in Mr. Ramsey’s swivel chair. He spun around and faced the window. The blizzard had stopped! James was so happy that he nearly would have broken the window and jumped out into the snow-covered ground.

He ran down the stairs, without bothering to see if Oreo was still there. He skipped the last three steps and twisted his ankle. He fell unconscious. His ears never heard the digging of the men by the door, never heard the hollers. Someone shaked him and he blinked a few times. He was laying on the couch and he felt no pain in his ankle, or any other part of his body.

“I’ll tell you what happened. Some nice volunteers brought snow shovels when the blizzard ended and they dug a path for us. You can go home now! I thought I’d wake you before I left. I will see you on Monday, James. Have a great weekend!”

“But wait, what about my ankle? I sprained it when I fell off the stairs, but surprisingly I feel no pain. What happened?”

“What do you mean you fell off the stairs? You have been here the whole time my friend.”

“You mean it was all a dream? The cat, the boy, the file accident? ” James asked while sitting up.

“Yes, probably was. You and I were the only people here until now. Anyways, my family will be waiting for me. Bye!”

This story is fictional, but the place isn’t! Whitefish Resort, MT, does actually exist! If you’re ever in Montana, I would recommend you stop by! Lots of fun activities, like skiing, snowboarding, biking, zip-lining, an Alpine Slide, and some activities for younger children. Thanks for reading! 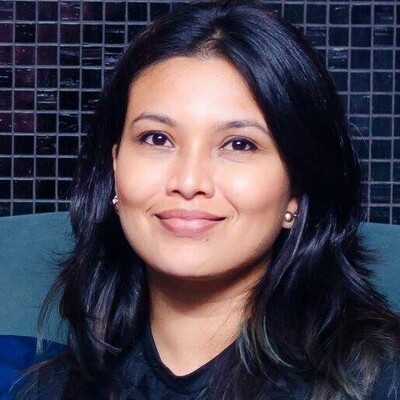 I have actually never seen snow, so I love reading stories that are based on real locations! Loved it!

thanks! glad you liked it!

Hello! Thanks for following me! I read your bio; appreciated the Marshmello reference XD Also, thanks for putting "I Love Jesus" at the end! If there's anything this world needs right now, it's more of Him. :D

YES! Thank you so much! This world needs Jesus!

Where did you learn that fancy word?

What do you mean?

i mean...i guess i don't know what i mean XD. You had to know it somehow...is your family italian? I didn't know what it meant, so i googled it and it means "God wills it" 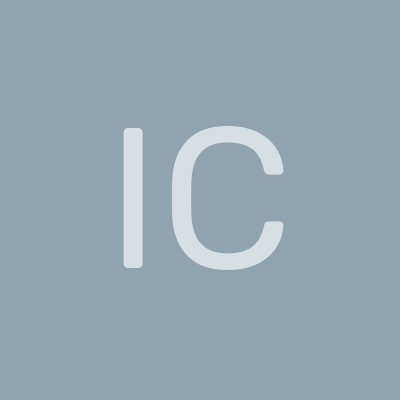 Yes, DEFINITELY NEEDS MORE JESUS. People are starting to stray from Him. It's sad.

yep, which is why we need to be the light! (sorry I didn't see this sooner :)