A Place So Unfamiliar

"Make sure your out of the office by 7 today Anya. There is supposed to be a snow storm tonight." My coworker said as he packed up.

"I'll be outta here by 5 I just need to finish some samples and I'll be gone." I said. I am a scientist that works in a research building for making cures for the diseased.

"Make sure you lock up your the last here and the security was told to stay home so he doesn't get snowed in."

"Alright Sam, you can leave now." I said paying attention to my work. Sam said his goodbye and left the room. I worked on the samples so they'll be ready by morning and by the time I looked at the clock it was already about 6:25 pm. I grabbed my things and headed down the stairs to the front but never made it outside the door because the front door was blocked by snow, and lots of it. I checked other exits but they were all blocked. I tried calling someone but the signal was bad and I tried calling Sam to come back but he didn't answer so I left a voicemail. I sat in my work room for about ten minutes and decided to explore. Why not right? It's not like there's somewhere I haven't been. I've worked here for almost fifteen years now. Door after door I peaked into and knew where I was until I walked by the maintenance closet. There was a door labeled 'Supply Closer' I'd never been in the supply closet. I wonder what's in it. Well of course supplies but which ones. I tried twisting the handle but it was locked. Which is odd because none of the maintenance doors or supply closet doors are locked. I'm a scientist but doesn't mean I don't know how to unlock a door. I got the door unlocked and opened the door. It was a stairwell that went deep because all I could see at the bottom was darkness. I looked behind me to make sure no one was coming even if I was alone. I walked in and closed the door behind me. I walked down slowly in the dark. It felt like I was walking forever when I saw another room. I peaked in and it was people in large clear glass boxes. I quickly moved from in front of the door and looked around. "Why are people down here? They look tired and sick." I spoke to myself. I twisted the knob and it was unlocked. When the door opened all the people ran to the far corner of the large boxes. "Don't worry I'm here to help." I said with my hands out. "Why are you all here?" I said. Bit they all just looked I'm horror and terrified. "Tell me so I know how to help you." I said.

"They test on us." Someone said.

"If their testing cures on you why lock you up like dangerous animals?" I said. But they were all silent and they looked even more scared.

"Who said we were testing cures?" I heard behind me. Then I felt a sharp pain in my neck and liquid go in and everything went dark.

"Ugh my head." I said rubbing my head. I tried opening my eyes but the light burned.

"Don't move." I heard someone say. I tried to open my eyes again but it hurt. "Don't open your eyes. It will hurt more." The voice said.

"Where am I?" I said keeping my eyes closed.

"The basement of the Lorndele Facility." The person said. "You tried helping us but you were found and now your in a box just like us."

"Talia. I've been here for weeks now." She said.

"What are they doing to you guys?" I asked.

"Testing viruses." Talia said. "This building doesn't make cures Anya. It makes viruses or it brings back old ones but stronger." She said.

"Because you took my desk when I found out about this place. They take people from lower deck and promote them to cover up the empty desk." She said.

"But that can't be true. I've been working here for a while now. I-"

"Can't be making things that kill innocent people? That's what I thought also. But they thought they could trust me to work down here but when I got all the information I needed I was gonna go to the police. But someone found out and I got put down here." She said.

"Why does my eyes hurt?" I said almost in tears. "My body feels so sore." I said.

"The virus is working through your body right now." Talia said. "Your body will either fight it off or the virus will win." She said.

"What happens if I fight it off?" I asked.

"Your full of questions aren't you?" She said. "I don't know what will happen. I haven't seen anyone that has survived a virus testing." She said. "They'd probably hit you with a new one to see how that one affects you." She said.

"I can't believe I work for someone that makes viruses." I said.

"None of us believed it. All this time we thought we were doing good for people and saving lives but in reality we are ruining them." She said.

"Are all these people employees they wanted to stay quiet?" I asked remember when I first came in here and it was at least twenty or even thirty boxes.

"Not everyone." She said. "Some people are people that has gone missing. They aren't found because they die down here then get buried in a field in a whole nother state so it's not linked to here at all." She said then heard a loud click. "Move to the right till you feel the wall on your back and keep your head down." Talia said. "Hold your breath as long as you can if your chosen. Sam holds no mercy." She said.

"Time for a check-up Anya." I heard someone say. But it still burned to open my eyes but the voice was so familiar. But before I could say anything, everything went black. 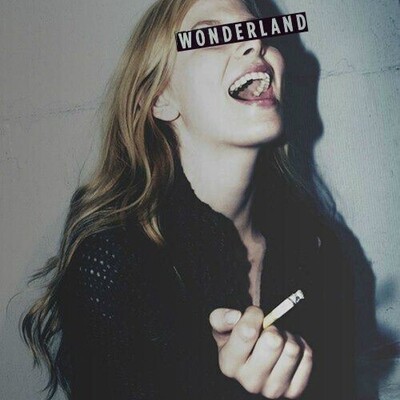 Very interesting! I want to know what happens next. lol