That's What He Said (he thinks)

Gerald Lemon stared aimlessly into the waste receptacle that was part of his cart. It wasn’t uncommon for him to be seen wasting time doing things which were not part of his job description. When washing windows, he would look out into the distance. At other times, he would be mopping the floor and begin moving as if doing a waltz. He was aloof.

“Lemon, don’t you have something that you should be doing? Some other place you can be?” Mister Clark, the floor manager, was not fond of Gerald and everyone knew it.

Gerald did have a lot of things that had to be done before the end of the day and if Mister Clark wanted an answer, then Gerald would give him a complete rundown of what he had to do. Everyone would look at him and smile with pride at the man that put their boss in his place.

“Then do it! Stop bothering my people and get to work!”

And Gerald pushed his janitorial cart and headed to the elevator. He felt his face heating up with embarrassment and looked down to avoid letting people see him. Once on the elevator, Gerald looked up and let his humiliation turn to anger.

“Oh I can’t believe that he talked to me like that! I should have given him a piece of my mind and make him feel like a piece of dirt that I would sweep up and throw away!” Gerald paced back and forth as he waited for the door to open.

Finally down to the basement, Gerald felt relieved after the moment of unloading. He was ready to tell his supervisor that he isn’t going to let Mister Clark talk to him that way anymore. The door opened and his boss, Hank was waiting for him.

“So, you had some problem with Clark on the twentieth floor?” Hank asked.

“Get up to the twelfth floor. Someone must have had too much to drink last night.” Hank told Gerald. “And take this extra can of absorbent. You’re gonna need it.”

After the way he was treated by Mister Clark, Gerald was going to give Hank a piece of his mind. For the past three years, Gerald had been pushed around and told to do all the worst jobs that Hank didn’t want to do. Oh, how Hank could take the can and clean up the pungent, acidic mess that surely squirted the walls of the twelfth floor. And while he was telling him, Gerald would tell Hank that he wasn’t going to clean the restroom in the lobby where the homeless would come in and splatter crap allover the tile.

“Okay,” Gerald would unload on Hank tomorrow. He already cleaned the lobby once and he had to get the puke cleaned up before anyone complained about it.

Gerald hopped back on the elevator. His plan to wait another day to tell Hank what he was thinking helped him to let go of some anger. He watched the lights on the wall and fell into a dream while waiting to make it to his next chore.

There were people surrounding Gerald in his dream. Sunglasses hid his eyes from the flashing of the paparazzi. The suit was fitted to his body. His hair was combed back into a well-groomed coiffure. On his arm was the receptionist from the top floor. She wore a little, red dress that clung to all her curves. Her eyes twinkled when they looked into his. They walked aimlessly on a carpet which matched her dress completely.

Ding. Gerald shook his dream away in time to see that he missed his landing and was now at the top floor. It was destiny. His dream was coming to fruition. In the seconds that he waited for the door to open, he tought about what he was going to say to the receptionist of his dreams. He would play it cool like the man was in his most recent dream. He would look her in the eyes and smile. The words that came out would be poetic and he would ask, no tell her that they would have dinner that very weekend. Gerald would express how beautiful that she was.

The door opened and he saw her sitting behind the front desk. Gerald felt his face as his lips went up in the corners. He watched her hair flow in slow motion as she turned to greet him. This was his moment. This was the beginning of the rest of his life. His stomach tossed and turned in excitement. When their eyes met, it was like fate.

“Oh, my. Are you okay?” The look on the receptionist’s face appeared confused. This was his chance to say how he felt.

“I,I,” Gerald began choking on his words. His mouth was dry and the butterflies in his stomach began to pounce into his ribs. “I’m gonna,” and before he could finish his words, his body decided to paint the counter with the remints of his bologna sandwich and coffee which he had for lunch. If the vomiting wasn’t bad enough, Gerald watched in horror as chunks of brown liquid and bologna splashed into the face and eyes of the love of his life.

Gerald covered his mouth and pushed the button for the elevator, hoping that it was still waiting. Like many of his hopes, it was not. He fell to his knees and tried to hide behind the cart. Behind him he could hear the shrills of the receptionist. As her screams turned into more of a panicked breathing pattern, the door for the elevator opened and Gerald pushed himself and the cart into the elevator.

Gerald pushed the button for the twelfth floor again and faded into another daydream. This one had in a bright room with other men standing shoulder to shoulder with him and others. The lights gave a silhouette of three figures that Gerald made out as Mister Clark, Hank, and the receptionist. She pointed at him and the other men on each side of her nodded in agreement. When he looked around, the other men were no longer there and some large guards were there to grab him by his arms. They walked him out of the room and through him into a pit. He woke from this nightmare as the elevator stopped at the twelfth floor.

“Finally! This whole place smells like the toilet at a bar.” The balding man was red in the face and pushed up his sleeves as if he was either going to help clean or punch Gerald. Gerald took a deep breath and prepared to tell this guy just what kind of day he had.

“Sorry.” Gerald exhaled with defeat. He pushed the cart to one side and began to run down the hallway between the small office cubicles. In front of him was a large window. Gerald leaped with all of his weight pushing up with his shoulder. He hit the glass and heard it shatter. What he forgot was that the glass was a safety glass and his head hit it and bounced him back towards the hall carpet, but before he hit the floor, the impact of his head on the glass took hold and the world turned to black.

While he was out, he dreamed of flying over the city. As Gerald flew around, he would target people on the ground and poop on them like a bird. He sat on a ledge of a building and talked with the other birds. They all agreed with him being their obvious leader. They all flew off the ledge and began the assault on people, covering the entire town in feces.

This time when he woke, Gerald found himself strapped to a mattress. A warm mass of stink stuck his legs together. He believed that he was going to be transported to the hospital. But he just continued to lie there for several minutes, a victim of his own assault on the city. It was when a orderly came in that he realized that he was already in a hospital, but not the one he expected.

The worker undid the sheets from the head of the bed and pulled it from the bottom. Gerald was amazed at how easily the sheet slipped from underneath him. As the man began to clean his skin that was smeared from the feces, Gerald thought about a way to explain how he wasn’t crazy and was just under stress. When the man was done wiping him clean and squeezed a new sheet under him, Gerald took the opportunity to express his concerns. 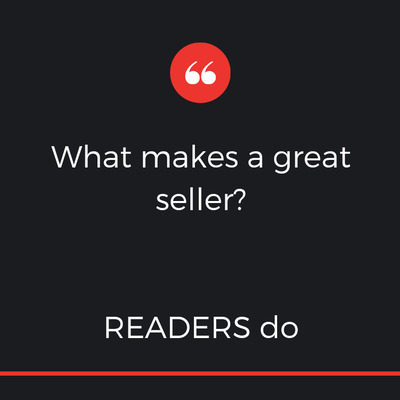 There's a bit of a dark shadow that keeps following me (Therapist says its my shadow). That and the little voices that have combative thoughts. They do help with the stories though.