Take This Job and Shove It

"If he tells me I can't drink coffee at work again, you know what I'm gonna tell him?"

"I'm gonna tell him to take this job and shove it! That's what!"

Dylan scratched at his long, fiery beard in irritation. "Just give me a five-sixteenths already."

Dylan snatched the nut-driver from the shop assistant and stormed out of the garage. It was ridiculous! He put in seventy hours a week at this trash job and now they wouldn't even give him a ten minute coffee break.

It was cold, and starting to snow when Dylan climbed up the side of the eighteen wheeler.

"How much longer, Dylan?" The truck driver shouted from the porch of the dispatch office.

Dylan could see the steam rising off of the driver's cup of coffee. It looked good. "Not long!" shouted Dylan. "There a pot of coffee on?"

"Ha-ha, yeah there is." The truck driver took a sip. "None for you though. Boss's orders."

"You want me to fix your truck or not?" shouted Dylan. "Cause you're losing money just sitting here."

"Yeah." Dylan used the nut-driver to tighten a connection on the truck's battery. The starter wire had become loose, and the truck wouldn't start.

In a few turns, it was fixed. Dylan fastened the hood of the Peterbilt, and cranked the engine. It purred like a kitten. He climbed down and quickly stuffed his hands into his sherpa-lined pockets.

It was snowing heavily now, and Dylan couldn't feel his fingers. He would take the nut-driver back over to the garage in a minute, he needed a cup of Joe first.

"There's a half-pot left," said the driver. He laughed. "Just don't let the big boss walk in on you again."

Dylan adjusted the dip in his mouth then spat into the snow. "If he does walk in on me, you know what I'm gonna do?"

"I'm gonna offer him a cup. Then give him cream, sugar, and my two weeks notice.”

Dylan thumbed in the direction of the truck. "She's ready and you're burning daylight."

"Thanks, Dylan," said the driver.

The dispatch office was warm, and Dylan rubbed his hands together vigorously. The circulation was coming back.

George, the delivery supervisor, was reclining in his office chair, scrolling through Facebook. He hummed along with the music, as Willie Nelson sang 'Hello Walls' from the radio in the back corner.

Dylan smiled and leaned over the desk. "Facebook, huh? Better not let the boss catch you."

George looked up. “Heh, yeah right," he said. "If he walks in here and says a word, then you know what I'm gonna do?"

"Not a bad idea," said Dylan. He rubbed his hands together. "Feels good in here. Coffee smells good too."

"Should be a cup left," said George. "Just don't let Sugarpuss catch you."

"Ha-ha, if he says anything, you know what I'm gonna do?" said Dylan.

Dylan took the nut-driver out of his pocket. "I'm gonna hand him this, and tell him shove it up his ass."

"I've heard that one before," George said.

"Yeah, well I've said it before. A few years ago, told my old boss to take a hike," Dylan said.

"Maybe so, but you didn't have two kids back then," said George. "Changes things."

"Nah, I won't stand for injustice," said Dylan. He poured the last of the coffee into a styrofoam cup and sipped it black. "Good stuff, thanks" he said. "I better head back over to the garage. Gotta replace some brake pads."

He met Mr. Grace as he stepped out the door. Mr. Grace was the boss, and was known not-so-affectionately as 'Sugarpuss.' He was also the one that had accused Dylan of slacking, and had rescinded his coffee breaks.

Shit! Dylan gritted his teeth. He'd only been in the office for about a minute. How could he be so unlucky?

Mr. Grace glanced at steaming cup in Dylan's hand. "Didn't we just talk about this, Hendricks?"

Dylan glared at him. "It was a thirty-second break! I was here working at five o'clock while you were at home in your pj's. And I'll still be here working at seven tonight, while you're home watching TV. Hell, I'll be up here on Saturday, covered in grease, while you are out playing golf. All I'm asking for is a cup of coffee once in a while!"

Dylan yelled these things in his mind, but said nothing, just averted his eyes. George was right. He couldn't open his big mouth like he once did. His kids couldn't eat his pride.

"If you let this happen again, Hendricks, I'll have no choice but to let you go," said Mr. Grace. "Are we clear?"

Dylan managed to look him in the eye. The boss's smug look nearly triggered him, but Dylan bit his tongue. "Yes, sir," he said. "Crystal."

Mr. Grace nodded sternly, then disappeared into the dispatch office.

Dylan stared up at the gray sky, and allowed the cold powder to frost his face. One day he really would quit this job. He'd find something that he really wanted to do with his life. He had dreams once.

"Hey Dylan, you alright, man?" CJ climbed the steps of the dispatch office.

Dylan dusted the ice from his tangled beard. "Truck already break down again?"

Dylan nodded. "Just a heads up, boss man's in there."

"If you want, I can step in and grab it for you," Dylan said. "He's already pissed at me anyway."

Dylan nodded. "Yeah, but he didn't say much about it. I gave him a nut-driver and threatened to let him maintain the trucks if he made a comment."

"Boss is probably chewing George's ass for Facebookin' during work hours," said Dylan. "Probably won't even notice you if you're quiet."

"Ha, I dare him to say something," CJ said. "If he tries to give me a demerit, you know what I'm going to do?"

CJ tapped his headset. "I'm gonna take this off, leave the wax in it, then jam it in his ear. If he's got a problem with my driving, then he can haul that load himself."

Dylan raised his coffee and toasted his approval.

He poured out the little ring of coffee grounds at the bottom of the cup and crossed the parking lot to the garage. The snow was still falling heavily, as he flipped open his pocket notepad and reviewed his schedule. He shook his head. It was impossible to live on twenty-four hours a day. 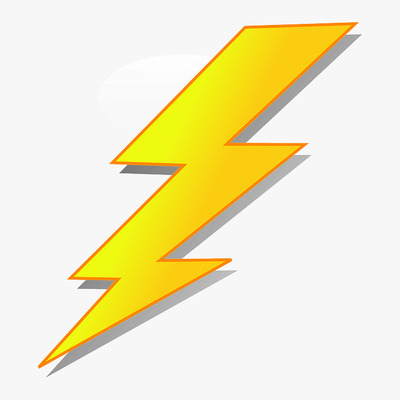 not gonna lie, I was thrilled to see your name pop up in my activity feed. Again, amazing light humour and I'm just wondering, do you specialize in comedy writing considering most of your stories are humorous and I LOVE 'EM? thoroughly enjoyed the repetitions; they made me chuckle. great job, Ben 😚

Haha, I'm a far cry from specializing in anything, but guess I do enjoy writing comedy the most. I'm a big fan of The Office, so I wanted to try writing a workplace sketch. Really glad you liked it!

hm, hm since you seem to amaze me with what you write! Keep it up!