CONVERSATION FROM HELL AND BACK

CONVERSATION FROM HELL AND BACK

“Yes, may I help you?” asks the nasally operator.

“HELL-oooo? Is this 411, Information?” gruffs the Prince of Darkness into the cell phone.

“It certainly is, sir. Whom are you trying to reach?”

“The Lord, King of kings,” says the Devil. “Seems I can’t get a direct line into Heaven.”

“That’s because it’s a restricted number.”

“Well, unrestrict it! I wanna speak to the Head-Honcho upstairs, Mr. God Almighty.”

“Yeah, Satan, the guy with the pitchfork and brimstone. Now get me the Lord!”

“Damn right you will!”

A voice that sounds like a cross between Morgan Freeman and George Burns says, “Greetings from Heaven. This is the Almighty speaking.”

“Listen, I’m tired of roasting my chestnuts here in Hell. You never even put air-conditioning in my office!”

“Oversight,” chuckles the Almighty. “So what is it that can I do you for?”

“I want to be reinstated into Heaven!”

“Yes, I do, ‘cause it ain’t right that you’re the Holiest of Holy.”

“You’re not the good guy you claim to be,” spats Satan. “In fact, you're a Fascist!”

“You’re an oppressor – an immortal despot who demands that everyone bow and praise you with words and deeds.”

“Now if that pot isn't calling the ket…”

“Believe me, buster,” interrupts Satan with a snort. “I was on to your schemes all the while I was up there with you in the Land of Milk and Honey.”

“You made yourself Heaven’s Grand Marshal and demanded that everyone be your servant. I got sick of watching that, so as your Angel of Light and Wingman, I decided that I no longer wanted to glorify your rear-end, because my tush was as pious as yours.”

“You heard me!” yells Satan. “So, I’m insisting on EQUAL RIGHTS which means a REINSTATEMENT INTO HEAVEN!”

“Well, that’s a real chuckle,” snickers the Lord. “You’re nothing more than a prideful nincompoop! It’s true that you were perfect…once – full of wisdom and beauty – the most magnificent of all my angels. I even let you sit with me on the Holy Mountain and be the leader of the angelic choir.”

“It was BIG!” cries the Lord. “You had it all! But you were greedy, so instead of being thankful, you defied me and plotted to unseat me!”

“Yes! You and the rest of your mutinous demon-angels decided to make war in Heaven and seek to overthrow me. But good ol’ Michael, Gabriel and the rest of the archangels fought, beat and exiled the whole bunch of you pinheads!”

“You got lucky!” sneers Satan, then adds, "Now reinstate me – PRONTO!"

“Count on Hell icing over before the Prince of Darkness ever puts his cloven hooves on my Domain again! Why would I ever want you back in Heaven when all you do on earth is deceive people and spread evil?! Remember that incident with Eve?”

“Whoa! Hold on one damn minute!” screeches Satan, “I never tricked Eve into eating that apple.”

“Really, there was no chicanery involved!”

“I simply made a couple of suggestions.”

“Suggestions? Ha! You lead her on!”

“Listen, Lord, if anyone’s to take the blame here, it’s you. You’re the one who gave her FREE WILL. Therefore, she ate that forbidden fruit of her own accord. And as for her boyfriend, well – big macho that he is – he just copied her. Then, the cowardly pair had the audacity to blame ME – a lowly snake – for THEIR indiscretion! Then, to make matters worse, YOU agreed with them by saying that I didn’t have a leg to stand on!”

“Just a little witticism there, dear Lucifer!” chortles God. “Besides, it seems awfully convenient of you to suddenly forget about the other heinous things you’ve done. Like the time when you prodded Judas Iscariot to rat out my Son to the crowd?”

“You’re gonna hold me responsible for Judas too? Remember that it was you who created that swindler in the first place. He was a ne’er-do-well from the start. Don’t you recall him stealing from the coffers of the 12 Disciples? It was just so easy for the authorities to bribe him – with a mere 30 pieces of silver – into giving “the kiss of death” to your kid!”

“You’re a beast!” seethes God. “What about the time when Jesus was fasting in the desert for 40 days? You wanted power over him, so you just sauntered over and promised you’d give him all the kingdoms in the world if only he’d get on his knees to you. But he refused to obey your evil plan. You did not have power over him, because I raised me a good boy!”

“Your example just proves my point!” slams the Devil. “I tempted your kid in order to show that FREE WILL IS ALWAYS IN PLAY. People do not have to succumb to a bad influence if they don’t want to. Case closed. Now I demand my entrance into Heaven!”

“Over my cold, dead body!” shouts the Lord. “You’re are the embodiment of all that’s wicked and cruel!”

“I’m the one who’s wicked and cruel? What about you? Doesn’t it strike you as odd, that when people commit a crime or act shamefully, they’ll often say: ‘The devil made me do it.’ They should own up to their own foul deed instead of blaming me. OR, even better: They should blame YOU!”

“Really? Then what about what you did to Job, Noah, Abraham, and Lot’s wife? Not to mention all those locusts you sent and the plagues you put on Egypt, as well as a host of other unholy things.”

“That was in the Old Testament where I had to be tough.”

“Of course not. We’re light-years past that.”

“Then what about on earth today?” asks Satan. “Whenever there’s a catastrophic event – like a tsunami, earthquake, wildfire or volcano – people always call such horrors ‘Acts of GOD.’

“In my defense, that’s because those on earth know little of the ways of God!”

“Then why don’t you give them reasons for why such awful things occurred?” demands the Devil.

“It’s how it should be,” says the Lord quietly.

“What I’d like to know is how did such a BADASS like you get billions of followers?”

“Time’s up, Beelzebub. I’m done with this little chat," states God flatly. "So let me end this by saying: You will never be allowed to climb back up the STAIRWAY TO HEAVEN.”

“That’s just dandy, Daddy-O," heaves Satan loudly, “I don’t need a stairway anyway, as I’d much rather ride on the HIGHWAY TO HELL!” 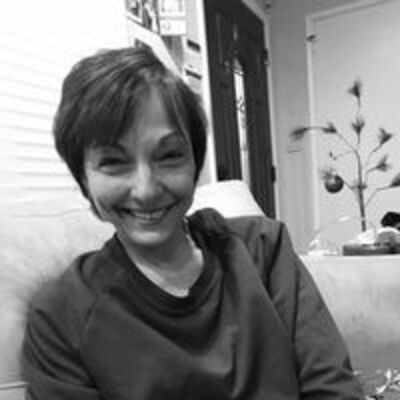