Submitted for Contest #76 in response to: Write about two people who just can’t seem to understand each other, no matter how clearly they think they’re speaking.... view prompt

What if we were never supposed to die?

What if Eve never ate that fruit? Have you ever thought about the astronomical consequences should the first couple that waked the face of the earth didn’t have an epic fail?

I dare you to take a stroll with me. I would like to walk down the road possibilities beyond your imagination.

I would like to stretch your mind beyond its ten percent capacity that you daily make use of. Let’s wander into the unknown...into what could have been, into what was supposed to, and, just maybe...what we were really created for.

It is a beautiful morning. Eve stretches out her long lean legs. The sun kisses her golden brown skin and as she shake her long hair back it looks as if strings of gold got caught in it. Eve is especially fond of these early mornings. She looks up at the rosepetal tinted sky and smiles towards God. “Good morning, your Majesty! What a beautiful morning you have given us!”

The moment these words echoed into the heavens the whole creation starts agreeing with her. Birds rise up from their nests and forms a beautiful pattern in the, now orange skies...Leaves of trees dance swiftly from side to side, singing a silent praise to their creater, and a multitude of animals sounds a song of love through the early morning.

She should get up and prepare breakfast.

Adam is walking with God, getting instructions on how he should go about expanding the earth so that all inhabitants may prosper equally. They are probibly in the garden of olives, Eve knows that it is God’s favourite place!

Eve hums the song of the birds as she searches for the most scrumtious fruit for her Adam. He is particularly fond of apples, and she wanders to the apple orchard a few landscapes away. Her fingers sweeps through the waving grasslands as she passes through. Thousands of butterflies rise up and playfully circle around her, kissing her feet and arms and forehead. Eve laughs and tries to run away from them, but the kisses keeps on following her!Leaving the grasslands behind the hundereds of butterflies form a crown which sits loosely on Eve’s forhead. This is what she will be wearing today. After all, she is Adam’s princess!

Upon entering the orchard all light disappears. Eve pauses momentarily. The darkness is here. Adam warned her of his coming. He also said that she shouldn’t be afraid, because the earth is theirs and the fullness thereof. She lifts her head and the butterflies agrees with her. Eve moves further into the orchard, with all of her senses alert, not only to know where the darkness lure, but also to know which apple tree she should go to.

A few moments later, she hears she subtle lisp of the darkness. Outwardly she is calm and at peace, like always, but inwardly she is alert and aware. The darkness have many forms. She realized that sometime ago when he appeared in all of his glory wanting her to side with him. Eve remembers that time...two thirds of the angelic force chose him, because he entised them with the majesty and glory of his appearance...Adam called it the lust of the eye and the pride of life.

As Eve is about to stretch out her arm the serpent appears from his covering. Eve pauses. More annoyed than afraid she tries to pull the apple off from its branch. The darkness wouldn’t let her have it. She stands back and take a deep breath.

“It’s time that we have a conversation wo-man..”.he hisses as his scaly body touches the soil.

“Darkness, we have nothing in common, I have nothing to say to you.” She have already said too much, Eve thinks swiftly. Adam told her that the darkness finds his entrance by every word she utters. Eve takes a step back. The darkness catches her by the feet and holds on to her by  slowly circling the strong muscled snakelike body around her legs. Eve cannot escape. The crown of butterflies comes loose and swirls beneath in utter confusement because they experience Eve’s peace slowly slipping out of her soundness.

The darkness lifts its head to look Eve in the eye. “I can serve you much better fruit than this...why do you limit yourself to...this?”

At this the strong tail of the serpant shoots an apple from its branch and flung it against a nearby rock. As it hit the rock the flesh bursts open and apple pieces fly like arrows through the air. It is quiet in the orchard now. The animals have disappeard. The leaves pause their whistle in the light breeze and the shadows creeps longer.

Eve looks the darkness right in the eyes. “I am fully content, darkness. I need nothing from the dark side.”

Provoked, the serpant circles to Eve’s thighs...his tongue touching her soft skin as he hisses in buildup frustration. Every hair on Eve’s skin now stand upright as she feels the tongue searching and seeking entrance...

“God is afraid that you would get to know everything...I can introduce you to meat Eve, meat that would open up your eyes for what you are missing!” The scaly body trembles with exitement as he makes his way around Eve’s body untill he reaches her neck. At this he grabs her and shoots with her securely captured by him, through the branches and leaves until, in the middle of the garden he lets her go.

Eve looks around. She has never been in this part of the garden. It looks...different than the part she and Adam take care of...

The serpant is around her ankles again. He is calm now, and hisses pleasingly as he see the wonder in Eve’s eyes. Eve touches the ripe and bulging fruit. She likes it. Adam will be so pleased with such a breakfast! The strong tail shoots a fruit from its branch and flung it across to where Eve is standing. The ripe fruit lands in the dust beneath Eve’s feet. Eve bends down to take a closer look at the shiny skin and, as she stretches out her hand to take it...she remembers.

She remembers that God told them that the darkness will haunt them and will try to lure them away from Him. Away from His love, from his comfort, from his peace...Eve peeks through her eyes and notices the sadistical smile on the serpant’s face as he sees her stretching forth her hand to touch the fruit. He thinks he has won as Eve indeed touches the fruit. Eve smiles. Does the frog really thinks he would turn into a prince if she kisses him?

The next moment she flings the fruit at a rock nearby. It cruches on impact and reveals its wormy insides to the garden. The darkness, defeated once more, has no feet to stand on. He falls flat onto his belly and disappears into the brances.

Eve smiles. That old serpant. He really thought he had her! She shakes of the dust, turns around and walk back towards the apple orchard. She wonders what Adam experienced, since they are always one although they are apart.

Upon walking back through the grassland with arms full of ripe apples, creation cheers her on.Birds sing in the air and antelope jumps in the grass, the trees sing praizes and the bees humm exited with. Eve conquered the darkness. They will live forever, they will not perish, they will never die out!

Later that day Adam told Eve that she won the whole creation for God. The darkness disappeared for good from the face of the earth into the abyss, and will not be seen any more. God the father, the son and the Holy Spirit appears in their fullness. And the whole creation lives happily ever after.

But it didn’t happen that way.

Because Eve did pick up the fruit that the darkness had given her. And she did taste of the wormy insides.

This was a fatal act. Because of a simple act of disobedience the whole of creation now have an expiry date attached to.

Even me and you.

And creation is groaning for the full manifestation of the sons of God to lift them from the curse the darkness placed upon us that night when Eve touched the forbidden fruit.

Jesus came to show us how to turn back time..

We have the power to escape death for all, by reversing the effect it had on the whole earth when eve touched that fruit that the darkness offered her. Life and death is in the tongue. Creation groans. When will we pick up that fruit and smash it to pieces agains the rock of ages?

When will the words we say carry enough power to raise the dead, to restore nature, to kill every disease?

The darkness, in whichever form he appears, can be overcome

What if we can turn back time? 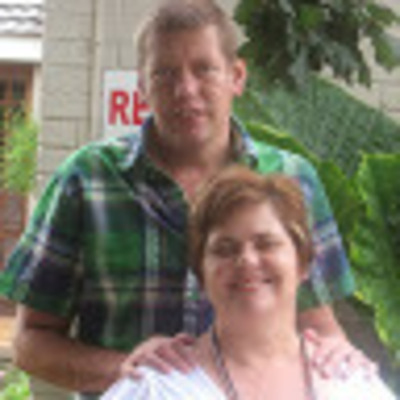