Death strodes into the diner at half past twelve, autumn leaves swirling at her feet, white scarf billowing from around her neck like a bridal train.

The diner is empty — save for a tired looking waitress, who glances when she enters. The sound of jazz, along with the aroma of freshly baked lasagna, pours out of the open doors and into the night, and Death pauses. Considers. Then lets the door shut behind her.

She had always had a weakness for jazz.

She chooses a both tucked in the corner, running a finger down the grooves and scratches on the table. The window beside her is smudged with fingerprints, and she catches a glimpse of her reflection on the glass before her gaze slides outside to watch the softly falling snow.

“We close in thirty minutes,” the waitress calls, pausing from her sweeping to peer up at Death. Death notices the tired look in her eyes, the checkered waitress uniform that hangs loosely on her tiny frame. Her name tag spells out June in lopsided, childish handwriting, and there is a spot of dried ketchup near the sleeve. “What can I get you?”

The waitress nods, leaning the broom against the wall. Her chipped nails, hastily painted in an electric blue, tap against the handle absentmindedly as she considers Death. “Have we met before? You look familiar.”

Death shrugs. “I suppose I have one of those faces.” This, of course, was a lie. She’d seen June twice. The first, when she’d been a baby — pink cheeks and tiny fists punching the sky. Death had swept into the delivery room, her white scarf brushing against the sterile walls of the hospital. June’s heartbeat had stopped for ten seconds, and Death had cradled her for that long, her slender fingers stroking her cheek. The doctors had resuscitated her, though, preventing Death from getting a closer look.

The other time was more recent — a summer day in August, on the side of Highway 48. The tarmac had been hot with the relentless sun, and she’d come for the two crushed cars on the side of the road. June’s mother was in the driver’s seat of one. Death had brushed past June, who had been unconscious in the backseat. Blood seeped from a cut on her arm. Not fatal. Instead, Death wrapped her white scarf around June’s mother. The gash on her forehead stained her scarf crismon. She weighed almost nothing.

She held her like this for a while, until she could no longer feel her pulse underneath her skin. Then, with a cool, calculated efficiency developed only through eons of practice, Death gently parted her mouth just as the last breath escaped her body. With it, her old life bled away, seeping into the cool night air like a wisp of smoke.

It was like watching the wiping of a canvas. Her face smoothed over, the lines of happiness and sorrow erased as easily as pencil marks.

She’d waken like everyone else — gasping in Death’s embrace. Her eyes snagged on her dead body. “Am I dead?”

“Oh.” She looked back to the burning wreckage, then studied Death. Her hand drifted to her temple, now smooth and unscarred. She swallowed. “And… June?”

She exhaled softly at that, and Death extended her hand. Like everyone else, she eventually took it, stepping out of her old life like a snake shedding its skin. Death had watched this billions upon billions of times. She used to enjoy it, relished it even, seeing them leave everything behind — the same way one would leave a tattered, well-loved coat. Now, she wasn’t so sure.

She held her breath as  slipped her cool hand into hers. They walked. Sometimes, Death knew, they looked back. Sometimes they do not. June’s mother had not.

She’s pulled out of this memory by June, who sets her cup of coffee before her, along with a slice of lasagna.

“I thought you might like some. Manny says lasagna shouldn’t be kept overnight,” she says. She pauses, then takes the seat opposite of Death. She reaches between them, turning the sign on the window so that it says CLOSED to the outside.

“Oh, of course. We get a lot of those, although not usually this time of the year. Benny — that’s my fiancé, says this time is the best time of the year though. Cheap ticket prices and lodging, and all that. Granted, we haven’t travelled, really.” She laughed — a hollow sound that hung in the air for a beat before she coughed, her gaze sliding away.

“Sorry, am I bothering you? Benny says I talk too much. I guess that’s why I chose waitressing — you make tips off talking.”

“I don’t mind it.” Death takes a sip of her coffee, savouring the strong bitter taste of it. She peers up at June from behind the rim of her cup.

“Congratulations, by the way,” she says, tipping her head at the ring on her finger. “When are you getting married?”

“This spring.” June studies the ring, a finger tracing at the small gem nestled inside as if it's the first time she’s seen it. Her gaze drifts to the snow outside.

“I met him just last year, you know. Right after my mother died.” Death sees her shoulders sink as she exhales. “It spooked me — how quickly she died. Just… there the second and gone the next. It was a car crash. I was there that night, too .”

Death swallows the last mouthful of coffee, setting the cup gently on the table with a soft clink. “Yes. She weighed barely anything in my arms when I took her away. She was brave — took my hand after a few minutes. I think… I think she was ready to go.”

June stands up, her shaking hands knocking the porcelain cup to the floor. Glass shards of it ricochet and Death winces at the sound.

“Look, I don’t know how this works. Are you here to take me today? Do I get to call anyone? I...I  haven’t even written a will.”

“I’m not here for you today.” Death nods at the lasagna, still untouched on the plate. “I’m here for some coffee, and maybe a bit of company.”

At this, June sank slowly back into the seat, though her hands still shake. But to her surprise, she does not get up and leave. Instead, she studies Death. Then, softly: “What’s it like?”

Death considers this carefully, for this is not a question she thinks about often, How do you condense billions of experiences into one description? She remembers the touch of skin underneath her fingertips, the peaceful or sometimes violent way they went — some thrashing and crying, others with a small smile. She had walked across thousands of countries, her feet skimming every place on earth. She has been alive for eons, and in all this time, caught the glimpse of billions of last breaths. How could she put a word to everything she’d known?

Peaceful, she wants to say. Liberating. But instead, what comes out of her mouth is “lonely”.

June nods as if she understands this, and in some way, Death supposes she does. There is a silence — but it is a comfortable kind. June takes a fork and cuts a piece of lasagna, offering Death the other.

“After my mother died,” June say, quietly, “ It spooked me. Her death, I mean. So sudden. She was there one second, and gone the next. I stopped writing. There didn’t seem to be a point. And then I met Benny, and that was that. Settling was just… easier. ”

She looks up at Death, and gives a wan smile. “It’s funny. When I realized who you were, all I could think was I’m not ready to go yet.”

“You still have time.”

At this, Death rose. “I should go. I don’t want to keep you.” She placed some bills on the table, wrapped her white scarf around her neck. Outside, the wind howled as Death stepped out of diner and into the swirling snow

June watched her go, until her form was swallowed by the darkness. Under the fluorescent lights, she twisted at her ring, and looked at the table where they had sat. She thought about all the things she wanted to do — write and travel and live — and smiled as she picked up the bills Death had left.

It was the best tip she had ever received. 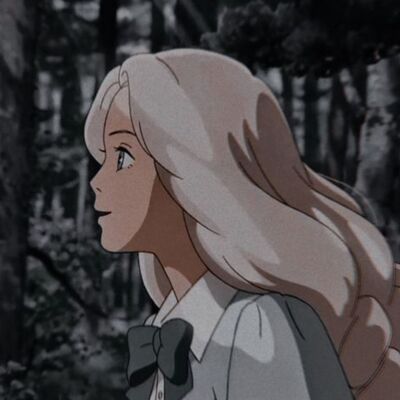