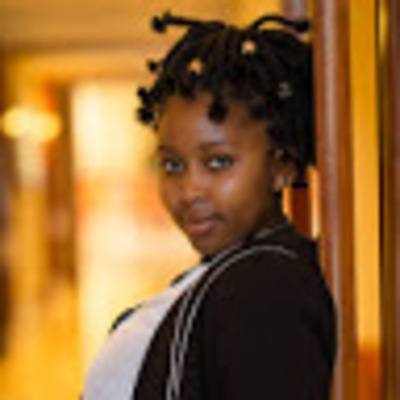 It has been a week since I came back from the hospital.  Madam has gone from utterly condescending to an excruciating silent treatment. The fear of being obsolete is slowly materialising into an unbearable reality as days go by. I know everyone is frustrated by the rising numbers of fatalities and anxious to do anything that might expose them. This anxiety is multiplied if one is living with a recovering patient. Madam has never been one to hide her feelings, and when she does, she is not very good at it. Hence, she has been spying on me through the front window ever since I came back. I assume she is noting everything I touch so that she can disinfect. I have resolved in pretending as though I do not see her if I am to continue enjoying this shade. This is the seventh time she has attempted to call me since the day began but retreats for god knows why. I sympathise with her. Staying at home is a bitter pill for these corporate giants. One minute you are on top of the world surrounded by glass, flipping through statement and sipping whiskey and asserting your dominance at every chance you get, and the next, you are stuck at home, in a farm house with a buffering screen and eighty percent muted participants who sleep through your presentations, who are you going to shout at really? I am starting to wonder if she is considering retrenching me to save costs for the rest of her businesses. Afterall there isn’t much I am doing here right now; the drought has stolen the little joy I found in the garden. Maybe if it could rain harder than ever seen in this desert before, it could wash away this diseases and things can settle to this new normal no matter how strange it is.

I dread the scent of the wet soil. It makes my heart a bit fuzzy with all the golden memories that sprout out of the muddy history of this country. Some of them are slipping through my brain like a handful of sand. The nonchalant interview I did with Madam for this job is one of the few vivid ones. At first, she underestimated my knowledge because I don’t hold a degree, nor did I make it past standard 12 but my father gave me all the tools I needed to be a formidable farmer. He raised me in the farm. I proved to Madam that day that I wasn’t just a desperate black man looking for a pass, so I won’t be sent home. It was a beginning of our conservative relationship, at least from my side. She trusted me with her plants, and I trusted her to warm my wallet. Madam doesn’t know much about farming, just enough to make business out it. The only thing she is good at is giving commands ‘take this John, put it here John, not there John. John this crop is dying, why aren’t you taking care of it? What am I paying you for John? Speak John! Shut your mouth when I speak John! The soil, she cares for it in theory other than that I am the one breaking my back and drying my throat begging the trees to grow so that I don’t lose my job. I never believed in the latter before, but Madam made it clear that if the garden doesn’t produce the best crops, I will be sacked so talking to plants was better than being sent back to homelands. I eventually enjoyed it and found myself dishing out my problems to them before I made journaling a habit. We wouldn’t be in this mess if people just stop being greedy and constantly want to be praised as greatest inventors, I wouldn’t look like a madman naming plants and complimenting them. These inventors just don’t know when to stop they are born with a very detestable trait, laziness- they don’t want to do anything with their hands all they do is create problems for everyone else. We, the ordinary citizens who doesn’t see anything wrong with having a decade old phone must suffer the climate consequences on top of being at the bottom of every hierarchy ever created. Maybe I’m just projecting my own fears on Madam, perhaps that is a little too harsh. She picked me after all. Who knows how many candidates were lined up for this job, but she picked John to be her loyal gardener? I must say though that I get a little uncomfortable when she looks at me, you know that look, that one that says, ‘I’m ready when you are’ or ‘you can get it anytime’? No matter how tempting it is, I am here to garden and the only beds I will be warming are ones with plants. And we all know how that story goes, one minute I’d be comfortable between her smooth bottle legs cushioned by her forever pointy breasts and the next I’d be sweating in handcuffs in the back of the police van with zero possibility of ever seeing the sun again. I can’t be that statistic, the savage black man with a devil thing who violated the poor, fragile and helpless white lady, I refuse. My father would see this as a symptom of a bone engraved cowardice, but I don’t care I would choose cowardice any day than to be another man’s wife in prison. Anyways, the whole point of this journal was to offload my very urgent concerns about Madam: she believes that after I contracted the virus, it changed me, and that I am delusional. A lot of recovered patients of Covid-19 have been reported to have memory loss and there is not enough research to make a conclusive claim, but I don’t think I was affected by that. She has been forcing me to go see a doctor which is very concerning because no other employee has ever been taken to a doctor except for me, perhaps let me explain a bit about the past week’s events.

A lot of strange things have been happening in these past few days, firstly she mispronounced my name. I would have understood if it was a native name, we all know white people find everything that is not English very hard, hence Christian names. But its John and she still doesn’t get it right. At first, I thought she was talking on the phone but then I realized she was talking to me, she called me Johan, I suppose these are similar names but 30 years working for her and suddenly she calls me Johan. You remember the sketchy looks she gives me, right? Apparently, she thinks I’m her husband. She has a box full of pictures of me and her. She recites a lot of stories that are supposedly the ups and downs of our relationship. Madam is really confused, and I fear for my safety. I think she might have Alzheimer’s or dementia or some serious obsessive with me, and this is one of the reasons I find her insistence for me to go see the doctor very alarming. I see it as a call for help, perhaps she can feel it that she is losing her mind, but her pride won’t let her admit it. I’ve always wondered if people realize it when they have these extreme mental issues, I guess I’m about to find out. Yesterday she told me a story that I know very well because I was in the mist of it, but she twisted the details and that is freaking me out.

In the late 1980s, South Africa was rife with civil war in all the townships of Gauteng and having a Madam that allows you to stay in the workers quarters was the only way to survive. I and Letitia, the cleaner, were lucky enough to have a Madam far away from those atrocities. One-night, Sis Letty, as we called her reported to Madam that she was raped by Madam’s husband, she was crying, ashamed but you could see the suppressed rage. Madam knew she was telling the truth because this was not the first time, he had done such a thing, but she refused to take her to the hospital. She gave her an ultimatum: She could either keep her mouth shut and continue to work or go to the hospital and never come back to their house. The later was not an option because she was going to be without a pass, have to go back to the bloodbath township pregnant with a mixed baby. So, she stayed. She never spoke again, not to me, not to Madam. I guess I deserved that for standing against the truth. I could have done better but I chose the easy way out, cowardice. She did what she was told, when done she would go back to the quarters. Sis Letty finally gave birth to a blond, healthy boy. No one was allowed to speak to the boy until Sis Letty succumbed to her sadness. Madam and her husband Mr. Peter took the child to stay with them. Not long after then Mr. Peter had a fatal stroke and left the child with Madam. Yesterday, Madam claimed that I am the father of the boy. I tried to explain what had happened, but she refuses to listen to me. She is very certain that I impregnated her. The way she was so sure I even doubted my own sanity that maybe I am the one who has lost his mind. And besides anyone could photoshop a wedding picture, frame it and hang it in their living room, it doesn’t prove anything. This is outrageous. I’m a gardener with no wife, no child.