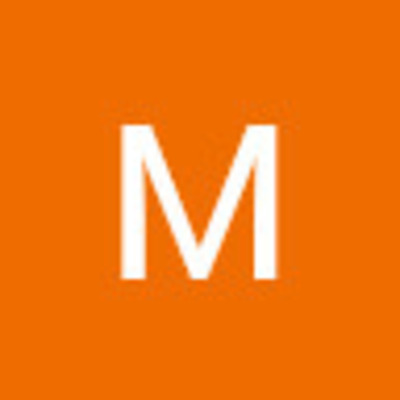 “You said you’d never do that in a million years!”

As the saying goes, ‘Look before you leap’.

I shrugged. I have seen the show ‘Love Trap’ many times, and wondered why people would go on these shows. The infamous show claims you will find true love by marrying another contestant they’ve never met or seen. I often watched the show, just to see their faces when they met their match. Sometimes they are pleasantly surprised, sometimes they try to mask their disappointment, and other times go Arrrgh. In sickness and in health. Death us do part. Why, do they do it? Surly it’s a show for losers, so it must have been a moment of insanity when I agreed to go on. The stark reality was that at the age of 30, I was still unattached.

“Nevertheless”, declared Amber, “There are some really nice women next season.”

“How do you know? Have you interviewed them all?”

“Well, I know the director.”

It was Friday evening in the ’Dog and Flea’ pub. There was a buzz about the pub; with a subtle mix of the usual regulars, and party-goers meeting to go to town. It was the usual haunt of Chaz and Amber, who were sat in the corner with Sean and Lisa, whom they’ve known for years.

“Any way, we, your friends get to vet them”, continued Amber.

“You never know. She may be the woman of your dreams”, said Lisa, “Take me and Sean; we’re happy, aren’t we?”

Sean knew the wrong response would get him into trouble, so after a short pause said. “Yeah, suppose so.”

“Sean. Will you be my Best Man? It will mean organizing a stag night.”

“Sure. We’ve got to celebrate your last night of freedom.”

This was met with a disapproving look from Lisa. Not surprising as Lisa and Sean didn’t have an equal marriage. Lisa had always looked down on Sean, she kept bringing up that she had married beneath her. Her parents were lawyers, she had a degree and as an accountant earned twice as much. Sean, who at 32 was three years younger, had no qualifications, whose single mother was a factory worker. He was forced to live in her shadow.

“Ah, come on! Give the lad’s their night out”, said Amber.

“They need to behave.”

Amber looked at her in disbelief. She never approved of controlling relationships, and usually scorned graduates who look down on others.

July came quickly, a mere week before the show, my big day. First was the stag night. I was determined to have a good night, whatever the cost.

“It’s your stag night, so she can’t come”, gloated Sean, “Lads only”

“Women, can go to stag nights. You just don’t want Lisa to come.”

Sean nodded and smirked. A whole night of freedom, he had waited for a night like this for years, where he can talk when he wants and have his own opinions.

“Who else is coming”, I asked.

“A few people you knew at university”. Before long Gavin, Lee and Pete joined us; ready to party. We brought drinks in and found a table.

“What made you choose this pub”, asked Pete. Looking around the pub had a very shabby look about it. The decor was weary and the furniture worn out. There was a couple of dozen drinkers, which gave it a lively atmosphere, so we felt comfortable there. “Why don’t we go to your usual pubs?”

“He’s afraid that his wife spying”, I jested.

“She’s already texted twice wanting to know where we are.”

Lee was getting quite impatient. “When’s the strip-a-gram coming”

“Surely, there is a stripper?” asked Gavin.

“I think that’s one of her friends over there!” He pointed to the far corner.

“You’re getting paranoid”, I said. Casually looking over, I noticed that an attractive woman with long blonde hair, wearing a short black skirt and blouse, sat on her own, watching us.

“You must be mad marrying someone you’ve never met before”. Pete always had a sensible view on these matters. “You used to say it was a show for losers.”

“Anyway”, I said with re-assurance, “friends get a veto, if she’s horrible”

“Sean. Please promise me that you won’t veto, just because Lisa tells you to. Have your own opinion.”

Marriage to someone like Lisa, filled me with dread. Sean continued his mocking with, “Don’t worry I know a good divorce Lawyer”

Sean was not keen to continue with this conversation.

“Last pint before we move on", said Sean as 5 more pints appeared. At that point I made my way the toilet, and noticed that the mysterious blonde woman watched me as I made my way. I think, but not sure, she’s been watching us all night; or watching me, not Sean. As I made my way back to our group, I noticed she was standing in the doorway.

“I hope you’re behaving yourselves”, she said.

“Him? I’m talking about you; Chaz I want you clear-headed for next week." She could see that I was clearly shocked. Who was she? How did she know my name?

Back with the lads, freaked, I said, “drink up quick. Let’s go".

As we left, I noticed the attractive woman followed.

I sat in the car staring at the studio. Why was I here? Is it too late to back out? I watched the contestants park, and make their way to the expressionless building with the big letters “Northern TV”.

I shook my head. “I’m making a big mistake.”

Amber smiled, held my hand and said, “One of them is a model, and has a Business Degree like you.”

“What does she model?”

Amber was clearly unimpressed. “Another is a nurse. You like nurses”.

My big day didn’t go as I expected. The schedule mainly consisted of sitting around, waiting for something to happen, in the green room. I was all alone in the sparsely furnished room, with sofas, kitchen area and TV.

“Mr Porter. We’re ready for you now”, said the assistant as she entered the room, with her clipboard. I followed her down the corridor, and through a large door saying ‘Studio 6’. I found myself backstage for the ‘Love Trap’ show. The presenter ‘Priscilla Brown’, who was in front of the cameras, beckoned me to come forward.

“Chaz. Are you excited?” she asked.

She smiled. “Your friends have chosen you a lovely wife”. She says that every show, regardless what they’re like. “Firstly, your friends rejected Carline, who is a model from Manchester.”

From around the screen came a tall slim, lightly tanned woman with long black hair. She looked at me as thought I’d dropped out her nose, and promptly made her way to the exit. How have I offended her?

“Then they rejected Paula, a nurse from Leeds”. A shorter woman with wavy shoulder length reddish hair, came round and gave me a hug, before moving on.

From behind the screen came an average height woman in her early thirties. Her blue outfit complimented her perfect curves. She had shoulder length brown hair, and sparkling green eyes. She smiled with comforting smile.

“Who else? I don’t want to friend zoned any more”, she said before kissing me.

“Your friends have chosen Amber. A sales assistant from Barnsley”, declared Priscilla.

Amber gave me hug and whispered, “I couldn’t trust any other woman with you.” 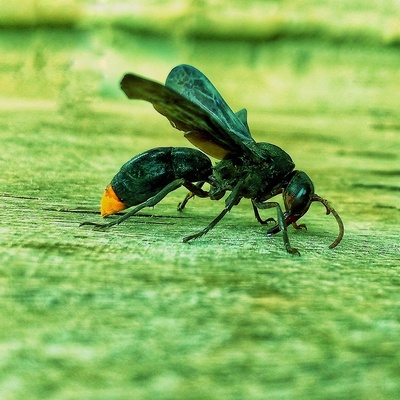 'As the saying goes, ‘Look before you leap' was totally unnecessary, the title and the dialogues are enough to make one understand what you mean. * “You’re getting paranoid”, I said—your comma should come before the closing quote. * “There are some really nice women next season." I think it should be "There will be some really nice women next season" A lovely story I say. I love the way you ended the story with such an unexpected twist.