The card read, “Marcus Mitchell, Relocation Specialist, Dark Water Corporation.” There was no address or phone number on the card.

The man who gave Wes the card was standing with no expression on his face. He wore a black three-piece suit with a red tie. His shoes were shiny as was his har that slid back and matched the suit in tone. And the one feature that stood out the most to Wes was the gold-framed aviator sunglasses which the man wore even though it was dark in the alley where they were meeting.

“So, you are the person that’s gonna help me?” Wes asked with a tone of reservation in his voice. The man who handed the card gave him a single nod of his head. Then there was a silence for a few seconds.

“Follow me,” Marcus said to Wes as he proceeded to turn and head to the busy street. Wes gave him a few steps lead before following the man.

“Hurry up,” Marcus barked at Wes as he neared the corner. He paused and gave a glance back at Wes, holding one hand out to keep Wes from passing him. “Stay close behind me and when I open the door, you get in. No questions. No talking.”

“Okay so,” Wes was cut off before another word left Wes’s mouth.

“No questions, No Talking.” Marcus repeated his command, gave one more glance up and down the street and made a step out onto the sidewalk. Wes did as he was told and followed directly behind Marcus. Instead of moving on the sidewalk, Marcus headed out to the busy road. He took one step and a car screeched to a stop.

“Get in,” Marcus snapped while opening the car door. Wes did as he was told, and Marcus slammed the door shut without entering. Instead, Wes watched as Marcus exchanged places with the driver and took off in the sedan without even having the door shut.

“Where are we going?” Wes asked with a nervous chuckle in his words. Marcus said nothing. “I’ve gotta tell my family.”

“Phone! Wallet! Now!” Marcus shoved his hand into the space in the back seat waiting for Wes to hand him the requested materials. “I’m taking you to a secure location and you’re gonna wait there for one hour. At the end of that hour, you run through the back door and down the hallway. Exit the far door and there should be a car waiting for you. Under no circumstances should you leave before the hour is up. Do you understand me?”

“Yes,” Wes said with a panicked nod, handing Marcus the wallet and phone.

The car went into a tunnel and traffic came to a halt. Marcus threw the car in park and opened the door behind him.

“Get out! Let’s go!” Marcus reached into the backseat and grabbed Wes as cars behind them started to honk. They waited in the median as cars crept by heading the opposite direction. One comes to a stop and the driver gets out. Marcus opens the back door again and shoves Wes in. He then jumps behind the wheel of the car and begins to drive. Wes pulled his door shut and turned to see the man whose car they were now in had taken Marcus’s car and crept away.

The made it out of the tunnel and then doubled back to cross a bridge. Once they made it across, Marcus proceeded to pull the car into an old warehouse garage and slammed on the brakes.

“See that door on the left?” Marcus didn’t stop for an answer. “Go inside there and lock the door behind you. There is a drop bar that you have to lock in place. Then look at the clock and wait.” Wes started to open the door. “One hour, then through the back and all the way down the hall. If no car is there, run. I will find you.”

After he finished securing the room, Wes looked at the clock, and as he did, there was a quick series of flashes of light. He thought that he had closed his eyes, but he must not have as the flashes continued. As much as Wes tried to keep his eyes closed, he just couldn’t. Within a minute, he fell asleep.

When he woke up, he saw Marcus standing by the exit door, still with the bar draped securely across it.

“Did you forget the time, or did you forget my directions?” Marcus questioned Wes with a hunt of sarcasm in his words. “Either way, we got to go.” And Marcus pulled up the bar on the far door and pushed it open.

He led Wes down the hallway and stopped at the door at the end. “Remember, stay right behind me and get in the car.” Wes nodded his understanding towards Marcus. Marcus flick the locks on the door and pushed it open, only to take a step back. Then like a seventies cop show, Marcus darted out of the building, headed for the car, and slid across the hood. Wes tried to stay as close as possible. They both made it to their doors at the same time and once again in a different vehicle, Marcus was off.

They drove for ten minutes before anything was said. Wes felt strangely calm when Marcus finally broke the silence.

“Here,” Marcus said while handing a large cigar box over the seat to Wes. “This is the information that is going to get you home.”

Wes’s face had a puzzled look, and he couldn’t recall where he actually lived. He took the box and flicked the metal latch to open it. Inside there was a set of keys, a wallet, and a phone. Also in the box was an envelope. Wes opened the envelope and looked at the papers that were inside along with a passport and a plane ticket.

“Is there anything else that you might be needing before we part ways?” Marcus asked with a smile on his face.

“Oh, hey. I gotta ask. what’s you name?” Marcus asked with a smile.

“Well, you have a great day Mr. Francis.” And the newly born Scott Francis exited the car and headed inside the airport. 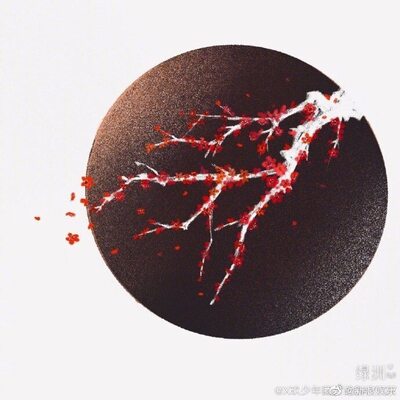 I liked the story. It is fast paced, intriguing and has the qualities of a short story. It kept me hooked from the very beginning. Now, because it's critic circle, I would like to mention a thing or two. There was a mix up of tense once - in the tunnel. And at certain places I could not understand the situation properly, like in the beginning what Marcus did in the sidewalk, and then in the tunnel. But this second issue can be ignored, I guess. There was a typo "har" for "hair" in the beginning. I would like to add one information here, you ...

Thank you for thoughts. I have always had problems with staying in one tense. There are times that I have done it on purpose (when the point of view changes, for example). Hardly ever works out, but I am not good at going back and fixing things. It makes me want to redo the whole thing. Then I usually scrap it. I will fix misspellings. Thank you, D