I don't know why 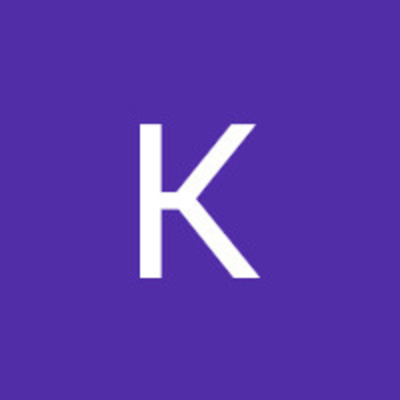 When I woke up I was filthy. Not like a little dirty and some mud, I was absolutely covered in dirt, mud, blood and some things which I don’t care to mention. I was lying in a ditch, wearing what tattered, ill-fitting clothes. I was tired, scared, hungry and filthy.

There were these weird scars and scrapes all over my body and my ankle was twisted badly. It was mid-afternoon, and as far as I could tell I was in the middle of nowhere. If it wasn’t for Chuck driving past and seeing me sitting there weeping in the grass I think I would have died out there.

I found out much later that Chuck was a farmer who lived on the outskirts of town, a solitary fellow who preferred the company of himself and nature to that of ‘other folks’. We got on well enough after a fashion. He didn’t want to talk and neither did I, but I can never forget his kindness of looking after me.

He pulled over and after some time coaxed me into the back of his ute, I don’t remember much of the trip nor much of what happened next. The next time I came to I was lying in a narrow bed with a pile of blankets weighing me down, and something breathing right next to my ear. It took me a few moments to realise that it was a huge yellow labrador.

It’s funny the way that some things I remembered the name of instantly, instinctively but other things hung on the edge of my awareness for what felt like years before they came to me. It felt like I was always touching a hot plate in my mind, and shying away from memories which hurt too much.

After I had another bath and got some hot food in me I looked around the strange house I found myself in. It was a two-story, cluttered house but clean. On the bottom story, there was a kitchen, a long verandah which wrapped around the back of the house, two bedrooms and a bathroom. For the first week or so I only saw the bottom floor of the house, I was too physically weak and timid to explore further.

I didn’t see much of Chuck that week. He was around the house, and it didn’t feel like he was avoiding me. It was confusing and painful and weird and I didn’t like it. But I liked being in a cold ditch worse, so I made the best of it. I learned that I knew how to cook and that I didn’t like cooking but I did like eating. So I found myself in a routine of sorts, wake up, wash up, have something to eat and then relearn how to be a human being.

After a few weeks, I learnt many things about myself. What I liked to wear, read, eat, how I liked to spend my free time. I learned that I became bored easily, but that the outside world scared me. All I could remember of my life outside these walls was pain and discomfort and I had no interest in going through that again.

Unfortunately, the outside world came knocking.

Chuck was as uninterested in people as I was, but he was also a farmer. Which meant that he occasionally had to speak with other people. People who were buying his produce, fixing his machinery when it broke down, and worst of all farmhands during busier times.

I hid when they arrived. I ran upstairs when they came near, I didn’t like going upstairs. It felt like it was Chuck’s domain, not mine. I watched them work from a window. There were three of them, strapping young things. Two female and one male. I had never seen farming up close, at least, not as far as I could remember.

I couldn’t identify what they were doing, or for what purpose. I mean I understand the basic principles, you put seeds in the ground, water and fertilise them and when they’ve grown to an appropriate size and colour you harvest them. But when each of those stages is meant to take place, and how I have no idea.

It looked like hard work, they were always sweating which is partially caused by the heat but also by the effort of their work. There was a part of me that wanted to go down and speak with them, but what could I say? I didn’t even have a name. Chuck had asked very little of me, we basically ignored each other. Communication with other people? No thank you.

So I watched them work, and it made me think of what I could do with my life. Did I want to be a farmer? I could, in theory, be anyone or anything I wanted to be. I knew I didn’t want to be a cook, and farming looked hard so what were my other options.

Chuck had a few books downstairs, in a dusty old bookcase. When the farm hands left for the night I went downstairs and started studying for my future.

Unsurprisingly, most of his books were practical in nature but there were a few which were more unusual. A few works from Kurt Vonnegut, some books from Phillip K Dick and some history books. It seemed that Chuck had some hidden depths.

With my future still undecided I read my way through his collection. During one of these sessions, I was interrupted by one of the mysterious farmhands.

She had wandered inside looking for both something to drink and a bathroom. She was pretty and sweaty. I don’t know if that’s important but she was. She also wasn’t expecting to see me sitting in an overstuffed armchair. She looked startled and a little embarrassed.

‘I’m sorry I didn’t know that anyone was in here’.

I didn’t say anything. Chuck and I had barely spoken and I was out of practice.

‘It’s okay, I wasn’t doing anything important’. I put the book down and gave her my entire attention. She almost looked familiar. I almost asked her if I knew her.

We stared at each other. I couldn’t ask her, what if she did know me? I didn’t want to know who I was. After a few uncomfortable moments, she mumbled something incoherent and left the room.

I followed her outside. I don’t know why.