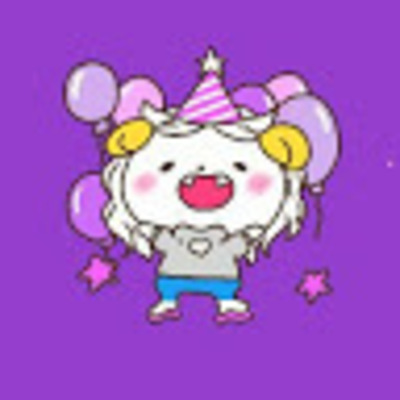 Do you know what happens when you die?

Not just you know “dying” but rather the act of ending your life because it was too much or you are just done with everything? I mean..What do mortals call that act? Ehrrrm…. Yeah! Yeah! Suicide.

Anyway, it turns out that God was so saddened by this act of hatred towards His most precious gift to mortals, which was life that He had given those who committed this sin a second chance. Instead of letting them burn to Eternal Flame called Hell, those who died have been given a chance to be an Entity.

Entity are like Grim Reapers but instead of collecting souls, we save souls. Specifically those on the brink of killing themselves. Some called us guardian angels but we’re very different. We don’t protect, we help those lost souls to move on. Leave their old lives behind and start anew because life is precious and magical. I think.

To be honest, I can’t really remember the reason why I killed myself nor remember who I was before. One thing I know is that if we can save the quota of souls we were given, we can finally be able to go to Eternal Rest. Not Heaven. No. More like…….rest. I guess? I’m not quite sure because we don’t really get to connect with those people who have achieved their quota.

So how do we do our job? You asked. Well we were given a small notebook which we called Cheat Sheets, where the names of our Quota, their description, lives, stories, and everything we need to know about them were written. And yes, also how are we going to help them.

How are we going to help them? Hmm… Usually we turn into humans with already decided identities then from there we think of a plan on how we can help these Quotas. Actual plan from the Cheat Sheets? Oh! Nuh uh. This type of job needs a personal touch. Cheat Sheets just gave the Quotas’ details and soft spots on where we can get reactions from them, not really how we can save them. Mortals are really complicated. Sorry about the earlier statement. I meant the needed stories to help them.

To help you understand about me being an Entity. Allow me to tell the story of this Quota called Joey Miller. Twenty-Four years old, 5’4 feet tall with shoulder length curly brown hair. Full-bearded with light blue eyes as dark as the deepest part of the ocean which looked much lighter and alive two years ago, before his beloved girlfriend Sarah Lukahm decided to kill herself.

Oh! So is Sarah my co-worker? Negative. She doesn’t deserve a second chance. This girl killed herself to torture poor Joey after she told him she was carrying their child. Killing a living person who can’t say no is a sin as bad as following false idols. You see this gal was sick in the head. Was she loved? Greatly. By no other than Joey. Even though his parents were against this crazy woman, he stood his ground and stayed with her. Through her visits with her psychologists and rehab. He gave everything he could give. But you see, envy is a spiteful feeling. It creeps into every vein and cell inside your body. Something hard to remove and overcome. Some break its grasp but some accept this spiteful feeling and live on its wicked whims.

Unfortunately, this girl lived the life of envy and tortured the poor Joey for getting the things he deserved. A smart head, a hefty family, and a high-paying job. Now, she left him with nothing but grief and sorrow.

My mission is to be Elaine Williams, waitress at a local diner below Joey Miller’s apartment. My supposed apartment was beside his. I’m supposed to be a college drop-out who ran away from home.

My first encounter with him was at an alley where he was being beaten by a bunch of druggies after acting nastily at them. I tried to help him but he shoved me aside and went inside his apartment. That ungrateful guy.

I met him most of the time after my shifts at the diner. I talked with him. Brought things with me that based on Cheat Sheets will gain a reaction from him. Especially a SunFlower. His grandma loves sunflowers. He loves his grandma. Based on her, this flower is sunshine and hope. Everytime he sees me holding one or just wearing things with sunflowers, I see recognition and sadness in his eyes. As much as possible I act as if I am his grandma. A really kind and a lady who doesn’t stop smiling.

The most memorable thing that I’ve seen was to see him smile once when I offer him a sunflower. Then something magical happened. I felt something when I saw him smile. Something familiar but I can’t remember what. I wonder what it was.

After those encounters I hadn’t seen him for days, I had a bad feeling about this silence. So I lied to the landlord of the apartment and told him I heard a loud bang from the room next to mine so he could check on it. Turned out the guy refused to eat for days and we saw a hanging noose above his head. He looks worse. His face was covered with bruises. Thinner with sunken eyes because of days of not eating. We rushed him to the hospital. Found out he was dehydrated and dying. If I didn’t lie, I probably would have failed my mission.

Days turns into months and I took care of him while he was at the hospital. I met his mom and dad and both were really worried about him. Told me stories and such. When he woke up he looked dead. And I did my best to take care of him. I pissed him off to get the thought of dying out his head. It worked, we banter here and there. Always.

Even though days with him are filled with banter. I think he never felt more alive. While I kept feeling this tingly sensation inside me. Creeping inside my stomach unto my heart. I don’t know what it was. Rather, I can’t remember.

When he got out of the hospital, we still bantered until one fine day he kissed me to shut me up. And there I confirmed what I was feeling. I was falling for this man. I know he was too. But then, I feel bad.

Do you know what happens when we Entity have finished our mission? The character we portray dies but our Quota stays happy and fulfilled despite our deaths. Starting a new chapter of their life. Living the old one behind or keeping the experience close to their hearts.

I just knew he would die for the second time or is it me who will never forget him? I don’t know. I just know it will be much more heartbreaking.

Three days after the kiss, he courted me. We decided to go on dates and get to know each other which sometimes became more like me than Elaine. I know I shouldn’t feel like this. Entity’s cannot feel anything and he is not the first Quota I saved so why? I tried to push these thoughts away from my head for months until I felt it. Death. I cried.

I tried to hide it and made sure his feelings would not be all over the place when I die but I could not hide the truth for him any longer. Joey is a smart man. He noticed and I told him the truth.

He got so mad and sad at me. I thought he would leave but he surprisingly stayed. We did everything together. Every bucket lists that we had until it was time for me to come back.

The day Elaine died I watched him at the funeral. He looked sad but unlike before understanding is written all over him.

The End? Nuh uh. You see I continue saving my Quotas until one day someone from the higher up called me.

He had no form but being in his presence gave this warm feeling and he was so bright which kept you from looking at him.

He spoke. He asked me what If I was given a chance to go back instead of having eternal rest. At first, I couldn't understand. But then he told me that love is such a powerful thing and it was his first time an Entity fell in love with a Mortal. It is up to me if I want to continue being an Entity or go back to the Mortal Realm.

I didn’t even need to think it through because I already knew what I wanted. Who I wanted. So I came back.

The first thing I did when I came back as a mortal was to work at a sunflower farm. I just knew that I'd meet Joey there. And I sure did. It was magical. When our eyes met, we knew we were for each other. I married him. We had three kids named Daisy, Sunny and Orchid.

“Mom please you’ve been telling this story since me and Sunny were young and now you are telling Orchid. C’mon kid, dinner time.” Daisy smirked as she leaned against the door looking at me and little Orchid who was fascinated and intensely listening to the story of me and Joey.

“Isn’t it magical Ate Daisy? It must be real because Mom and Dad loved each other very much!” He said as he offered his arms to his sister who brought him to the dining area.

I am surprised too that I can still remember everything from being an Entity. I thought I would forget it but I guess the memory is like a gift for me doing something incredible. Love is so powerful that even the impossible can be possible.