Liv stepped from her car. She closed her eyes and took a deep breath. She recalled reading, somewhere, that memories are fluid, that those moments in time we hold dear, those that haunt us, even the fleeting and mundane are shaped and shaded changelings related to, but not dependably grounded in fact.

Liv shrugged. She knew what she knew. She called up the very real memory of her former self standing in this spot, in stained and baggy sweats, her heart heavy with doubt and her lips stretched into a desperate, “Yes, I am a fish out of water, but let’s pretend I belong here,’ smile. She recalled her discomfort. She recalled shifting from foot to foot, wondering how in the world she had let her co-worker, Lara, talk her into agreeing to doing this.

She and Lara had worked together for six full months before Lara wore her down. Lara was cheerful and competent, but she was a talker with a one-track mind, which Liv found tiresome. Lara talked endlessly about ‘The Club’, the Dance Cardio and strength classes she attended there, and Dana, the group’s leader. The way Lara carried on about Dana, Liv wondered if Lara was involved in a cult.

Liv was not a follower, never had been and Lara was wasting her time preaching fitness to a middle-aged, over-weight couch-potato who spent years perfecting her technique for balancing a glass of wine on one knee and a container of French onion dip on the other while working her way through a bag of ruffled chips and channel surfing. Until she met Lara and spent Monday after Monday listening to the woman chatter on and on about ‘The Club’, the idea of stepping foot inside a place where people paid to grunt and sweat seemed absurd. But as the months wore on with her listening to Lara drone on about the new routine Dana taught the group, or the great song Dana played for them, or how much Lara’s strength and flexibility increased, Liv found, to her surprise, that a little green-eyed monster had taken up residence within and Lara fed that little monster on a regular basis with her stories of the wonders of the paradise she called ‘The Club’.

Liv, who didn’t love Mondays, but didn’t hate them either because her work routine was different from her weekend routine, realized she’d started dreading Mondays because, first thing every Monday morning Lara would chirp, ‘Good morning, Liv. Did you have a nice weekend?’ And how was she supposed to respond to a question like that? Saying, ‘I picked up a box of wine and a tub of Ranch dip and binged on cable T.V. from Friday through Sunday’, sounded pathetic after hearing ‘Dana taught us a steamy new Salsa’, or ‘Dana’s new routine is a tough one, but, like she always says, ‘You can do anything, if you’re willing to put in the work,’ so Liv was reduced, most Monday’s, to shrugging and saying, ‘My weekend was good,’ and leaving it at that.

Liv finally agreed to attend one of Lara’s precious Cardio Dance classes, in part to quash the growth of her no-longer-so-little green-eyed monster, and in part because she’d overheard Harv, from Accounting, talking about what ‘a porker’ Lara had been before she ‘started all that dance crap’. The fact that Harv was a misogynist wasn’t a surprise, but news that Lara had struggled with her weight was. Liv, who had assumed Lara had spent a lifetime enjoying her status as a Barbie look-alike, was astounded to learn that this woman, who was just a few years her junior, had ever been anything less than the perfect physical specimen.

Liv grinned, recalling how Lara found her standing in the parking lot, looking like a deer in the headlights, poised to run…or more accurately, waddle away from there. Lara grabbed Liv by the arm and pulled her toward the building, prattling away about how great it was that Liv agreed to join her. She remembered the panic rising within, the sense that she did not belong there, among those fit women in their snug, revealing outfits. She was tempted to make up an excuse, any excuse, to call this off and leave, but Lara’s welcome cast light on the shadow of Liv’s doubt. Lara was practically skipping as she moved beside Liv, calling out to other scantily clad women, “Oh hey, this is my friend Liv, she’s going to join us for Cardio Dance,” and every one of those women smiled and nodded, and made Liv feel welcome in this foreign place. So, she trudged ahead and followed Lara into ‘The Club’s’ inner sanctum.

That first experience was a disaster.

There were mirrors everywhere, she couldn’t avoid them, which meant Liv could not ignore her chip and dip enhanced belly rolls, her thunderous thighs or her generous behind. Her arms wiggled, her neck wattled and there was not denying the roll in her gait. The floor’s high gloss finished made the wood look slippery, the lights were too bright, the music was too loud, the air was too chilly. For Liv, who felt like a hippo amid a flock of flamingos, it was hate at first sight.

Liv had no sense of rhythm. She felt sloppy and unhealthy and out of place. When the class turned left, Liv turned right. Twice, Liv tripped over her own feet and once she tripped someone else. Liv, the fish out of water, heard the siren’s call from her comfort food, the wine that promised to dull life’s sharp edges, the mindless surfing, and the familiar feel of her well-worn sofa but she listened, instead, to the tiny voice that whispered encouragement. She listened to Dana, who proclaimed them to be ‘Strong, confident, powerful women who could choose change.’ And, to her surprise, the siren’s song began to fade.

When the class finished, Dana said, “I’m so happy you joined us today, Liv. We hope to see you again soon.” Liv recalls that as the moment when the fish was hooked.

Liv leaned into her car, pulled out her gym bag, and shifted her attention from the past to the present. In the year since that first Cardio Dance class, Liv had lost fifty-three pounds along with her taste for ranch dip and preference for inactivity.

She looked up and smiled at Lara, who jogged over and grabbed her elbow.

“Everyone at work misses you,” Lara said. “But I keep telling them, if you want to see Liv, drop by ‘The Club’.”

She gave Liv’s arm a quick squeeze. “I talked to Dana yesterday. She said, much as she misses us, she’s glad she made the move. The work is going well, and her classes are jam packed.”

“No surprise there,” Liv said.

“Nope. And she wanted me to tell you she is proud of you. And, she said I should remind you that we are…”

“And we can do anything if we’re willing to put in the work. So, let’s get to work.”

Thank you for taking the time to comment, Hannah. I am so happy to know you enjoyed the story. I am fortunate to have someone met the most amazing woman who shares her love of fittness with everyone who attends her classes (which she has continued to provide, via Zoom, since Covid invaded our world). I hope everyone has the good fortune to have a Dana in their lives. Happy reading. 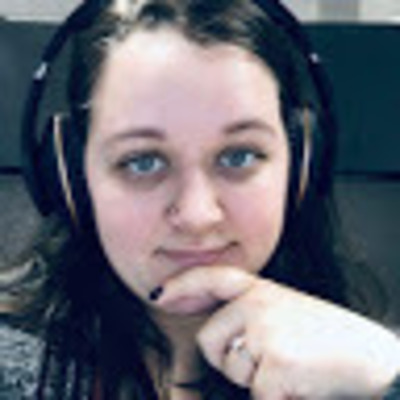 I really enjoyed this story! I feel like everyone can relate to the character Liv and the motivations and human emotions are tangible.