I am a Story Collector and Liaison for Newcomers here at Joy City. My day, rather my night starts as usual sitting at the reception desk. Mostly waiting for people to come in. Nighttime is a busy time for us at the reception but that day it was unusually quiet. There was no reason for it. Maybe everyone was happy down there. I knew that was impossible. But it was always good to hope for the best.

That is when I saw him. He was a young skinny teenager with dark skin and wavy black hair. He looked perplexed as he walked up the stairs to the reception floor. Most people are scared as they make this journey.

I was the only one on the floor and he walked straight towards me. Looking at his approach, I knew this would be a tough one. But I still had a job to do. I had to collect his story in its truest version.

The young boy stood in front of me. His thick black hair was peppered with a lot of greys. Stress could do that to anybody. So young, but so frail. It was a story that had repeated itself quite a few times since my arrival; and before. I knew what brought him here, rather drove him here. I wish I didn’t.

"Hello. Will you please state your name?" I asked the boy.

"I am Aayan Singh," he said. He shivered. And I started documenting everything.

"Tell me a bit about yourself," I asked.

"I am… ummm… I was seventeen years old. I was a student in a small city called Kota in India." He suddenly didn’t know what else to say. That was his identity, and nothing else.

"I am from a small village in Uttar Pradesh. That's where my parents live, you know. I left them alone on a night train to Kota to study for this competitive Engineering College entrance exam called the JEE." He waited, then sighed and continued.

"I was the smartest in the village. Not just my school, but the village. I wanted to become an engineer and make the village proud. So, I did. I honestly did try." His eyes sunk deep. He stared into the floor. Probably wondering whether he did try his best. Don't we all think so?

"Tell me what happened," I said.

"Everything is a blur. I came to Kota scared but excited. So many like me did the same. I was intimidated. I missed my mama so much. But I knew why she sent me away... so far away. She sold the little gold she had, you know. To get me there. To shape my future. And to shape everyone's future in the village. I was their ticket out of poverty. I knew that. I knew all of it. But..."

Aayan screamed and burst out crying. The avalanche of emotions took over him. Just as it would have just before he started his journey up here. An amalgamation of pain, remorse, anger, and a sense of betrayal.

"I failed them," he mumbled, his tears could not be stopped.

I waited. There was no point in rushing him. He would tell me everything. He just needed time. He needed to trust me. He had been with strangers for two years. I knew all of it already from the previous ones.

I waited some more. He sniffled and sneezed, almost ready to continue.

"I did well at the beginning," he continued, "I missed my mama papa, but I did well. They were proud of me. But then... I don't know when, I stopped doing... well. I cried every night. I barely slept and I just couldn't make any friends. We were all competing, you know. We were not friends. Ten thousand spots, and over a million students. We were all skinny 16-year olds trying to beat the odds... and each other. There were no spare moments, no happiness. It was gloom everywhere I saw.

"Maybe it was just me. I don't know. I saw some happy students. Maybe their whole village wasn't watching their every move. I wish I could have had that. I just didn't want to disappoint them."

Document and collect, that's what I did. You didn't have to be an expert to know what loneliness feels like. I knew exactly what it felt like.

He sniffled again, and for the first time since coming here looked around the room. "What is this place?" he said, "Why am I here? Why do I still feel these things? I left to stop feeling like this. I killed myself to stop all of it. But they have followed me here. I don't want to feel this anymore. Please. Please help me!" He thumped his head on my desk. The sound of wood echoed in the empty reception room. Aayan slowly lifted his head and touched his forehead. "Umm, that didn't hurt," he said.

"It is where we come to heal. People like you," I replied with a wide smile, "Come with me, Aayan." I held out my hand and he grabbed it. I could see the cautious optimism on his face. Just like he felt when his parents dropped him off at the station on the night he saw them last.

"Aayan, we can never run away from our feelings," I said as we walked out the reception room, "We can only overcome them, mend them, and come out better on the other side. And this place? It is all about that. You're not alone here. You're here with friends who went through the same thing as you did back there." I paused. "Tell me, why did you choose to go for engineering?"

"There was a man," Aayan said, "He came to our village one day. Said he wanted to look at the stars and our village was the perfect place for him to click pictures of the sky. We didn't have much electricity, you know. Our skies were clear and full of stars. But never had we thought you could click a picture of them."

"So he set up his instruments on a tiny cliff just outside the village. I slowly sneaked up to watch him work. He had this huge tube pointed at the sky. I didn't know it was a telescope. He heard me in the bushes and called me to come out and watch him work. So I did."

There was a certain unmistakable glow on his face as he recounted this story. Like he was living the moment as he narrated it to me.

"... and he pointed the telescope towards the Orion constellation. I didn't know what it was called back then. But I clearly recognized the iconic three stars aligned. I had seen it so many times.

"He asked me to look through the tiny scope at the side of the telescope. I saw a sea of stars some massive and some tiny, and a hazy cloudy texture that covered them all. I looked back at him. 'What is it?' I asked. 'You see that first star up there?' he asked. I nodded. 'That's what you're seeing,' he said and smiled. I shook my head. I couldn't believe it. How? So many stars in that little place? I just couldn't believe it."

This wasn't the same kid who hit his head against my desk just moments ago. You could see the glimmer of passion in his eyes now, replacing the somber sadness. I couldn't stop smiling.

Aayan continued, "And then he showed me something on his computer. A glowing pink landscape with scattered stars. And a dark cloud in the middle. Dusty, with a pink lining. It had a head that resembled some animal and fluttering wings so wide that they wouldn't fit in the picture. 'That is the Horsehead Nebula,' he said. Again, I didn't know anything so beautiful could exist in the universe, and suddenly the size of my universe grew. From a tiny village in the middle of nowhere to an unbound universe full of possibilities. I didn't know what a Nebula was, or what were stars made of... I just knew that I wanted to reach them. So yeah... that's why engineering."

That is the story I needed; to make Joy City, joy for him. I consumed every word like a sponge. I documented all of it.

That's when we finally stepped out of the building. And Aayan laid his eyes for the first time... the second time on an unbound universe full of possibilities. He could see the dome sky beaming with twinkling lights. The brushstroke of silvery spilled milk of the Milky Way. Meteors zipping past and burning with glows red, green, and yellow. And there it was. Aayan couldn't bottle his pleasure at that sight. He shook his head and looked up again.

As his eyes tracked down, he saw a giant observatory. A telescope as big as the reception room.

Aayan looked at me. A tiny trickling tear ran down his cheek almost like the meteor. "What is this place?" he asked. "It is joy. Your joy," I said.

He shook his head in disbelief.

"There are hundreds of people in that observatory, Aayan. Each and everyone like you. Who wanted to reach the stars but couldn't overcome their internal demons. They will help you out. Nobody escapes their sorrow and pain, but they do mend it here in Joy City. You will be healed. And you won't be alone. The stars and the people... and me. We are here, for each other."

He burst out into tears. This time I suspected it was joy. I hugged him; that was all he needed.

"Go ahead! Go in there and meet your new friends. Reach the stars like you always wanted to," I said.

Aayan started walking towards the observatory and I strolled towards the reception room. That's when I heard him call out, "Hey, why are you here?"

I jerked to a stop and turned around.

"Remember the night train to Kota? I too was on one of them a long time ago," I said and continued on my way. More stories to come, more stories to collect; more joy to spread in Joy City. 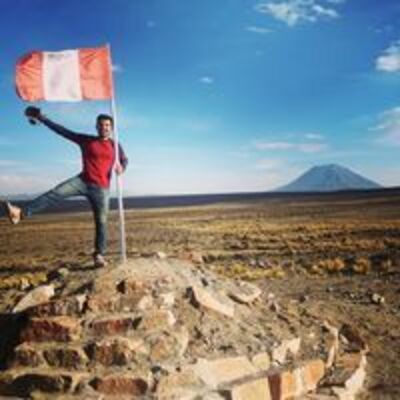 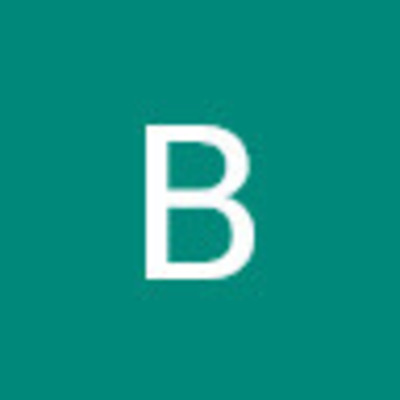 Thank you! I am glad you liked it!

The story is so touching and beautifully written. 👌🏻😃 Keep writing more. 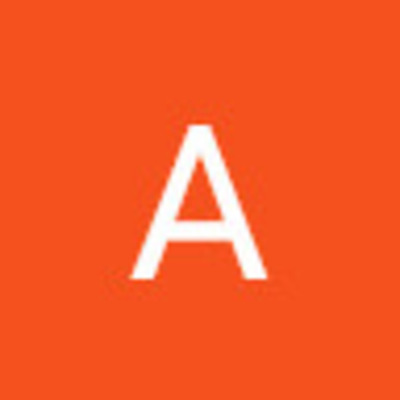 A lot of us (engineers) can relate to this story and Aayan for sure..I hope Joy City rendered him some support & help :p It was a nice read btw, looking forward for more

That was the intention. Thank you! 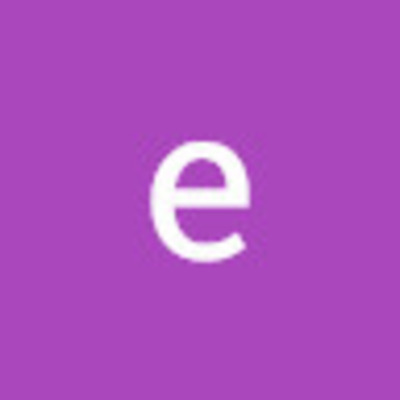 Beautifully written!! I'd love to read some more.! 🖤 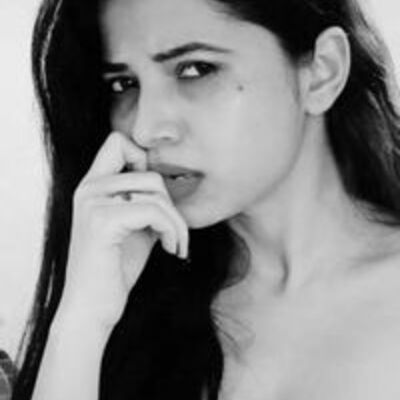 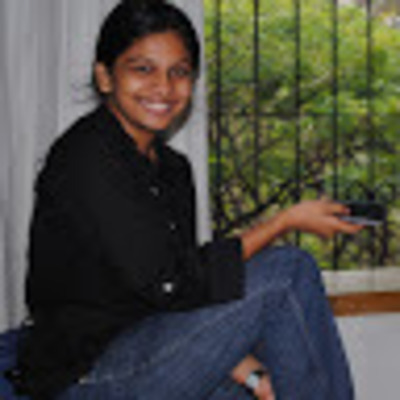 Your imagination of the concept is remarkable! Enjoyed reading it.

Engaging and extremely relevant in the current times. Loved the revelation at the end!

That's what I wanted to hear! Thank you!!