Submitted for Contest #75 in response to: Write about someone who has finally managed to succeed at a long-standing New Year’s resolution.... view prompt

Hi, my name is Alex short for Alexandra but I go by Alex. It’s the start of a new year and I plan on getting a girlfriend. I even went and wrote a step by step plan on how to do so.

Step 1: Get rid of social anxiety

I don’t possess the power of magic so we might just have to skip that one.

I was just going to get bread from the bakery. That’s all. Nobody was going to notice me and nobody was going to care that I was even present in that area. Knowing this I still get anxious going anywhere. I went to the bakery but as soon as I opened the door a massive wave of nauseous entered my body. There was nothing I could do to stop my hands from sweating and my legs from feeling ghost-like except leave. I left almost immediately after I entered. Guess I wasn’t getting any bread.

I don’t understand why I’m like this. And of course, it only gets worse when I’m around her.

Another one I’m gonna have to skip because I can’t do it. Trust me, I’ve tried before but I kind of backed out.

“Hi, Ryan”, I said confidently. She turned around to see who was speaking to her and when I saw her my confidence was replaced with anxiety.

“Oh, hi Alex”. She paused before my name. I guess she was trying to remember what it was. We weren’t friends but I knew her through one of my friends. We talked a little but that was mostly over the phone and I didn’t have to meet her eye to eye. Not actually eye to eye since she was a couple of inches taller than me.

“Do you need anything?”. I was staring at her too long and she tried to make it less awkward by breaking the silence but it didn’t work. Heat rushed from my ears all through my body and I ran away. I didn’t run. I just stuttered for a really long time and told her I had to go then I ran away.

Yeah, we are not doing that again.

Step 3: Make sure she likes girls

Her name was Ryan nevertheless, I had to make sure.

Step 4: Make sure she likes me

I don’t know how I’ll do that one yet. Guess I’ll figure it out later. I’m kind of just making this stuff up as I go along.

I don’t know which move I’ll make but I’ll make one eventually. I had all year to do this. I'm gonna be fine. I don’t exactly know how to make a move but I’ll figure it out.

Step 6: Die if anything goes wrong

I won’t actually die but I might if she rejects me.

Well, that’s my plan. We’ll see if I actually follow through.

Step 3 complete. I overheard her talking with a group of her friends about her girlfriend. There was good and bad news here but I could move on. First, she likes girls which is good for me. Second, she has a girlfriend. Why? They could still break up so I had hope. Did this mean I failed step 4? No, not yet at least. If I fail on step 4 I move immediately to step 6.

Step 2 complete. Sorta. We talked about school and homework so we’ll call that a win. She is also coming over tomorrow for a science project we got partnered on. Did I mention I love having anxiety?

“Hi, this is the place in which I reside”. Ryan laughed at my extensive way of saying, “Welcome to my house”.

“Thanks for letting me come over. You got a nice place”. My cheeks were redder than a rose.

“Thanks and yeah it’s not that big a deal since we're just working on a project”. My mom wasn’t too keen on letting people over. I don’t know why though our house is always decent. Surprisingly, that sentence was coherent. I’m proud of myself.

“Where’s your room?”. Why was this the moment I panicked?

“Um. It’s upstairs. Uh, first door to your left”, I managed to stutter out.

She walked up the brown stairs and I followed shortly behind her. We worked on the project until Ryan announced she had to leave. We got most of it done. She left and I went to work on the rest of the work. It wasn’t a lot so I didn’t mind finishing it by myself.

Ryan and her girlfriend are broken up. Which means I have a chance but not really. I won’t be able to talk to her and she’s probably heartbroken. She also asked to come over today so I’m currently praying I don’t throw up.

She put her head on my shoulder. I know it’s not a lot but we made physical contact. I’m counting that and saying step 5 is complete. She cried and I comforted her meaning there is a high probability that step 4 is going to be complete soon.

“Hi, Alex'', Ryan said, taking no time to run to my room. I ran after her and found that she was plopped on my bed waiting for me.

“Are you okay?”. She looked at me with sad eyes as I walked towards her.

She didn’t say anything before looking at me and crying. Her head landed on my shoulder and I began to gently stroke her hair.

“I’m here for you, Ryan”. We sat in silence the rest of the night until she grabbed the remote. She turned on the television and went to Netflix. She put on a movie and I went to go make popcorn. When I came back she had my entire bed set up so we could be comfy while watching.

I may not have gotten a girlfriend but I got a friend. Not exactly what I wanted but close enough. My feelings for Ryan slowly faded the further we got into our friendship. I don’t mind though. I guess I just wanted to be her friend and not her girlfriend.

umm is that you or someone in your story? I'm kinda confused

alex is just a character in my story

so hollup your gonna read them later or what?

i will read them just not right now

wanna be like friends or sum? also can you check out my pandemic story?

i would love to be friends! i will definitely read your story just when i have the time 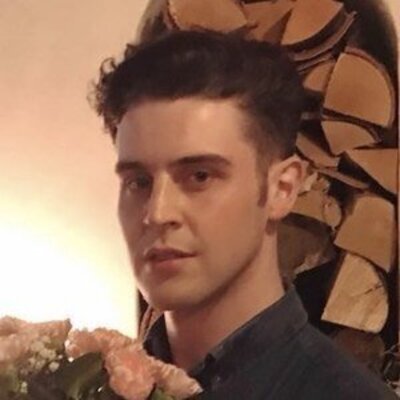 anxious and gay? why you gotta call me out like that? i like the way you ended it with her feelings fading into friendship

my bad I also kinda called myself out too thanks