The Forgotten and the Pens' Creation (prologue)

If you had the power to change reality, would you even if that meant hurting the people you love?

As Ethan walked home from school, a cold October breeze blew through his long black hair. Ethan walked onto the bridge that he always took, but this time was different. The bridge was usually deserted, but there was a girl standing by the railing, looking out into the river. She quickly turned around, so fast that Ethan bumped into her.

"Sorry. I did see you there," she stumbled with her words. Before Ethan could say anything, she stood up and took off.

Ethan looked down to brush off the dirt only to find a small box that must have been in the girl's pocket laying on the ground.

She must have dropped it when I bumped into her, he thought as he bent down to pick it. A sinister vibe was coming from the box. When Ethan opened the box, a strong perfume met his nose. Why do girls wear this stuff? Are you trying to kill off the male population? Ethan cursed under his breath. In the box were a Gothic looking pen and a note. This pen has the power to change reality. DO NOT USE...

Ethan sat in his living room, wide-eyed as the news continued to talk about the gas link at the apple farm. At that moment fear was all Ethan could feel.

Adaline, the girl who had lost the pen, trashed her bedroom looking for the pen. She sighed, now knowing how dire the situation had become as she pulled out five other small boxes from her backpack. I'm so stupid. how can I let the pain of life and death out of my hands? Now, I have to save the worlds again. This is exacting like the “Anne Angle fiasco” back in 4th grade, she thought as a brown leather book started to light up. Adaline flipped through the book to a world where high school life was like anime. It will be all right, she thought as she watched Ethan through the pages of the book, I wrote Ethan to fear the pens’ powers. I was going to be the villain in this world. But it might have to wait- jeez life is a pain, I am grad Ethan was created to do the right thing. He would try to give it back. Just as she thought that Ethan rosed and took the pen to his bedroom. “That was not what I thought what would happen. Well, let’s go get some help,” Adaline said as she opened the book to a world of war...

As the sun rose behind the evergreen colored hills; two sisters stand, hand-in-hand, watching the tall grass of the valley danced in the Summer wind. The two’s long black hair danced in the wind as the moon and stars went to bed.

Then, the screams of the sisters’ village broke the beautiful sounds of the Summer morning. The scene they saw was their worst nightmare; houses were burning down with flames of red and yellow reaching out towards the sky, bandits came from every direction, slaying the innocent, children were crying softly as they hid under their dead mothers who gave their lives to the children.

Unaware that someone else was watching the horrific scene, the two sisters picked up the swords of the fallen men and started to fight in the horror of the ones who had died.

Sitting on the roof of a burning house, a girl who came from a different world with brown hair watched with a look that showed no expression. As her brown eyes reflect the light of the burning flames around her, she twirled a pen on the tips of her fingers. Who will give the other her life? the girl thought to herself.

The younger sister was fighting one bandit when another snuck behind her. When the older sister had droved the rest off, the sound of a sword hitting the ground made her turn around. Then, it went black...

As golden ashes fell to the ground, the cries of the younger sister echoed through the valley. She hugged the cold body of her dear loved one. She had given her life to the younger in order to save her.

The sound of footsteps walking through the mud made from blood broke the sister’s cries. The girl from a different world approached her, caring a small colorful box and a brown leather book.

“Who are you?” the sister asked in between her sobs.

“I am Adaline, the Writer of Worlds, and I have a gift for you.”

As the girl opened both the box and the book, the sister’s ice-blue eyes widen with awe. “This book holds all the worlds that I have written. I can’t change the past with this pen,” she said gesturing at the pen in the box as she continued, “ but I can take back the pain and memories of this night.” The girl looked at Adaline, “May I see this place one last time?” Adaline nodded. The girl went to the lake where she then buried her older sister. The moon shined above the lake on that starless night. Adaline stood alone, looking out into the night as the girl started to sing a lullaby,

“Let the waters guide your soul home, back to me.

Let the stars be your light- ooh.”

Adaline looked back at her, “I made the pens as parts of me to fight my inner demons, while I hid in my old bedroom fighting depression and trying to learn how to love myself. Now, I need to help you, but only if you want me to.” She looked at Adaline and nodded, “I will help you get the pen back if you take the pain away.”

“You know that there is no going back.”

The girl nodded as Adaline pulled out the pen which then turned into a mask, “Where this and the pain will be gone, but if and when it is off the memories will come back. So when you are ready to move on it will help you.”

That girl was now named the Forgotten and now changes her fate with Adaline in hopes of saving the worlds.

Great start. Caught my attention. Did he knock her over - not clear. Was “I did see you” a typo or is that what you meant by mixing her words? Gas “link” did you mean “leak”? Bent down to pick it? Did you mean to add “up”? Grammar and punctuation errors and typos are a distraction. Some nice ideas though / has some real potential- maybe as a young adult novel? 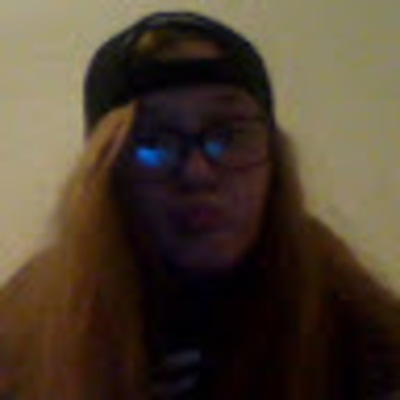