I am a writer. And I'm not going to write for others anymore.

I’ve always loved stories. From the time that I was small, I drank up words, pictures, ideas, grateful for every book I could get my hands on.

And I think I’ve dreamed of being a writer since the moment I realized that I could bring my imagination to life with my words. In third grade, I was put in a special writing group for the few kids who desperately needed to put pen to paper; for whom writing was more than a chore. We would go into this little office off to the side of our classroom, pull out our beat-up composition notebooks, and proudly read out little snippets of what we considered to be award-winning stories.

My very favorite of these tales that I wrote that year was one about two horses; one called Courage and the other Hope. They were twin sisters, the best racehorses in the county, though Hope had been born a sickly foal. Around the time that I wrote it, I had recently watched the movie Secretariat and was simply teeming with inspiration. Dreams of rugged horses, with their caramel eyes blazing, and powerful muscles churning as they lept over finish lines danced through my head.

I never finished that story, but I always knew what the ending lines would be. Even though I never wrote them down, I still remember them; years later. Hope had had Courage and Courage had had Hope. Together they made it. They just seemed so thrillingly perfect. It sounds silly, but the moment that line popped into my head, I knew I wanted to be a writer. Perhaps it wasn’t even a fully-formed thought, but I knew somewhere in the back of my mind that I wanted to bring my characters to life.

Somehow, by finding that last line, everything clicked into place. I had created these two horses. Nobody else brought them to life, nobody else thought to tell their story. I did. I had brought them into existence and now they were real.

Before middle school started, my mom and I decided to go through my old elementary school work. We had buckets of portfolios, tadpole drawings, and personal narratives that no one had the heart to get rid of. It became incredibly apparent that we would need to hoe some of it out, to make way for incoming Middle schoolwork. We sat in the basement for hours, drifting through clouds of memories and oohing and ahhing over my little projects.

At one point, I came across my notebook from third grade Writer’s Crew. Eagerly, I flipped through it, excited to revisit my incredible work. I remembered so clearly how amazing it had been, and just catching a glimpse of the cover sent me spiraling into wild visions of fixing my stories up, publishing them for the world to see. But as I read them, my heart sank. For these were the little tales of a third-grader who thought she could be a writer. They were not nearly as fantastic as I remembered, and my cheeks burned at the thought that I had once been proud of them. I tucked the notebook back into a box, and more or less left creative writing behind, dismissing it as a thing that just wasn’t for me.

Now as dramatic as that sounds, I didn’t drop writing stories entirely. I still scribbled down little tales in the back of my binder while my math teacher was showing the class how to find area and perimeter. I just didn’t have the same childlike fantasy visions of being the best in class, winning awards and recognition for my writing. I looked at every story with a critical eye, crossed out sentences before they were even finished, and doubted that ideas were any good at all. I had lost the naivety I had had as a child, the freedom of just being able to write without fear of error. I suppose I’ll never really get that wondrous innocence back. I picked up writing once again in 7th grade, writing thousand word-stories, spinning tales of places I wished I could visit and people I wished I could meet.

I still want to be an author more than anything. But there is always that constant, that nagging fear that I am not good enough. That nobody will want to read my words anyway, that there are people better than me, more experienced than me. People who can weave sentences together like silken tapestries, paint pictures so strong that you can almost taste their honey-glazed words. Deep down, I want so badly to share my stories, to receive praise, to have people tell me I am amazing. I think we all crave recognition as human beings.

Every once in a while, I’ll throw down my pencil in triumph, so sure that this is the one that will win contests, that people will admire. And then I read it over, again and again, and each time I do, the dazzling sheen of my words fades further into gray. Forgettable.

Too often, I leave stories dangling, loose ends flapping in the breeze. Written works I might never finish because I am afraid that when I do, I will turn around and see that it wasn’t worth it because they are not perfect.

As this new year starts, I hope to be able to let go just a bit more. Release that need to have everything I do receive praise from those around me. Maybe try to find that little third grader who saw each one of her words as a wonder, a gift.

And that’s not to say that I won’t always strive to be better or challenge myself to reach new heights. Being satisfied with the same quality of work year after year is just as counter-productive as judging each of my words the moment they touch the page.

But by just being aware of my own relentless expectations for myself, I’m taking a step. The most important thing is that I feel good about my work, that I recognize the effort that I put into my stories. I can’t do that I need to rely on the praise of others to feel good about my work. There will always be people who are better writers than me. And I need to be okay with that. I need to be okay with admiring and taking inspiration from their work, rather than falling into the “why can’t I write like that?” trap.

So, my friends, my New Years’ resolution to write for myself. To stop searching for praise from others, and work harder to give myself permission to enjoy my own work. Savor every word that spills from the tip of my dull number #2 pencil, admire how they flow together. To stop worrying about being the best, making everything perfect right off the bat, because that would be like judging a flower before it has bloomed.

Hi!!! I've come to the destination now! I did say I was going to read this in my last comment, so here I am my friend!!! I loved this story!!! I personally love Inspirational, other than dark, mystery and horror genres, and honestly, it was inspiring! And you are totally correct, you shouldn't search for praise, be happy and proud of your own work!!! I like that, it has a good ring to it! The tale of the two horses was absolutely beautiful, I'm glad they made it out together :) I have a question, did you write a story on Courage and Hope, ...

Oh my gosh, you are so nice :) I was so happy to wake up this morning to your comments! Thanks so much for reading. This story is all true, so, yes I really did write that story in 3rd grade, but haven't since edited it or published it anywhere. I always thought that it would be a good novella. ( Obviously I would have to build up the plot a bit more than I did in the 3rd grade. ;) But I came to love the story of Courage and Hope. Ooh! I just remembered something about that story as I was typing, I haven't thought about this in such a long...

Oh my gosh, you are so nice :) I was so happy to wake up this morning to your comments! Thanks so much for reading. This story is all true, so, yes I really did write that story in 3rd grade, but haven't since edited it or published it anywhere. I always thought that it would be a good novella. ( Obviously I would have to build up the plot a bit more than I did in the 3rd grade. ;) But I came to love the story of Courage and Hope. Ooh! I just remembered something about that story as I was typing, I haven't thought about this in such a long...

I think that this story had a beautiful message about kindness. Thanks for spreading that positivity to everyone Zera...just beautiful. =)

Thank you so much for reading!

This was such a cute story and I feel very called out😂. Beautiful story!

Thank you so much for reading :)

Well, this sounds familiar!! :o) I really liked it and it's a nice reminder to be kinder to ourselves at a time when it is so easy to get lost in our own heads. Thank you. And yes. Do keep writing, even if it is just for yourself, this is certainly the conclusion I've reached this year. All the best.

Thank you kindly for reading and Happy New Year! :-) Oh Helen, please do write for yourself (I assume this is you speaking)! And you're a great writer don't worry about any of that. :)

Aww thanks so much for reading Maya!

Of course! I do hope you continue to write here, though. I think I can speak for all of us when I say that we love reading your writing. Also, I literally just posted a new story if you could check that out!

Thanks so much :) : ) I'm going to stay on Reedsy for sure. I'm heading over right now to see your new story and I'll comment when I'm done!

Awesome! I can't wait to read both your next stories and your comment. 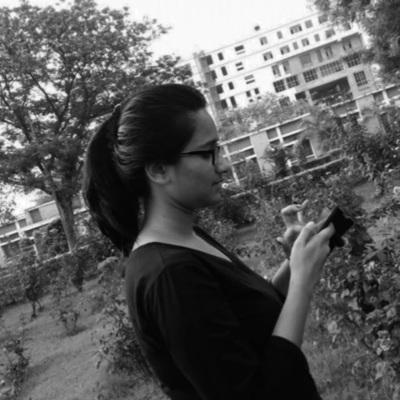 This is so relatable. I'm sure every other aspiring writer has had such doubts about their ability at some point of time. 'Am I good enough? What is even the point of writing if no one will read it? This idea could have struck anyone else. Why should I write it?' Things like that. But the important thing to understand here is that things cannot be perfect all the time and sometimes they don't need to be. One should write just for the sake of it. Thank you for that message in this little story. Is this was even nearly autobiographical, then w...

Thank you so so much. I'm so glad you understood my words. All the best to you fellow writer!