“Curse me! Should I ever again raise these damn thongs at anyone.”

His voice was low, with an agreeable trace of huskiness. And filled with so much grief.

Away from the lonely whip, and up the cinder block wall, nearly reaching the splendidly frescoed ceiling, there found his perturbed gaze, a photograph.

“This is my resolution,” Those words, full of malice, left his dry, trembling lips with great difficulty.

Whoever he was speaking to, was staring back. From the photograph, in gilt frame. In it a little girl. Seventeen. Her eyes spoke of a beautiful soul.

Had she known, had she been told, by just anyone, be he a prophet, or a seer, that she'd miss her seventeenth birthday -sure as hell -she might never believe him.

She knew. Saw it coming. Her death. At his hand. A man who was supposed to be her father. He was her father, alright. Disciplined her the way a father would. Not the way a dad would. Yet somehow, she still took the risk to be with him.

This time of the night, two days ago, the night before new year’s eve, she came home. Wherever from, he didn’t care. It never piqued his interest. The first blow to her face came as a least surprise. She expected it. Welcomed it even, as just punishment for what she’d done the day previous. Although what she never saw coming was his terrible rage. She never thought he would be spited to this degree.

She knew he’d find out about it. But did it anyway. She knew she would get punished the way every normal parent would punish their children whom they hold dear. But her father wasn’t normal. And she wasn’t dear to him. Not anymore. She had miscalculated. Such costly error.

He’d picked up the whip. locked the door. Stifled a groan. Cursing not-so-quietly in polish. After the thongs found her face, she was filled with intolerable pain. She cringed back, away from him. Both knees found the linoleum.

-Her voice, strained from crying.

-Hoping to gain his sympathy.

-Screamed at the top of her voice.

-Calling on the neighbours.

-They were locked in their apartment. Dining with family. Deafened by the music.

-Her lips promised never to touch no bottle again.

-All to no avail.

-Her promises had gone over his head.

-They’d seemed to agitate him even more.

Again, he’d lashed the whip towards her face. She’d turned away, screaming at the searing pain. She’d tried to run. To the door. To the window. But there was nowhere to go. No place to hide. He was at every corner she’d turned to. More lashes found her back each time she’d tried to evade him. He’d lashed fiercely at her face with the whip.

He knew it would hurt plenty, especially over the welts and cuts he’d given her already. Her plaintive cries couldn’t penetrate his anguished heart.

-He felt in control.

Or he’ll lose whatever control he felt at that moment.

Strangely, it felt right. To him. Doing this. Lashing a girl. Not a girl, his daughter. His only daughter. Was he drunk? Nobody knew.

Only sound heard came from the thongs lashing against her tattered blouse. That’s when he’d realised. Curse him!

He’d only just realised. Then, he stopped. That old bastard finally stopped! Five minutes after life ebbed out of her body. He stopped‼

Shuffled away. Eyes wide with regret. Chest heaving. He only just noticed the blood on the rug. And for the first time since he birthed her, the whip left his trembling grip. Completely of its own will. Broke forth into tears thereafter.

She got nothing off the old bastard, not a tear.

He remained stoic rather. Not unemotional, but controlled. Never wanted to look weak. Turned to look at her. At her Face. Her cheek was bruised, covered with large blotches. Her mouth frozen in an open scream.

Her only crime, she’d taken his whiskey bottle. The one under his pillow. The one he holds dear. That damn whiskey bottle, more precious than his daughter.

Today, it’s new year’s day. Her birthday. She celebrates. With the spirit on high. With his whiskey. With Russian qualude. As many as she wants. No one to stop her now. No one can. Not even the bastard. Cus it’s her birthday. She’s finally seventeen.

Oh, it’s just him. The girl’s killer. Far across the dark room, seated at the corner of her bed.

And he let his vapid eyes wander about her photographs. Each one of them staring down at him, torturing him with guilt. He weeps, making impossible vows which holds no integrity. Vows he couldn’t bring himself to make the year previous.

“Przeklinaj mnie!” he said again, in polish. His native language.

“Should I ever again raise these damn thongs at anyone.” In his voice, edge of insolence. His voice knew not how to be sweet, nor gentle.

They were sweet to the ear, his new year resolution. But his voice, quite the contrary. They were raspy, and deep. Inspired fear in anyone who heard them. His words and voice. Together. Were like cupcakes sprinkled with poison.

Her body, now cold and ghost white, lay in the dark. Wrapped in a body bag. Hidden away from their knowledge. His neighbours. Locked in his basement, where no one would find her. And the keys, wherever he hid them. Only he knows of the body.

How is it possible that I too know?

I was there. Listening from my room as she screamed. I couldn’t move. I dared not to. Unless I wanted to share in her fate. Her screaming suddenly stopped, but the terrifying sound of the thongs against her skin didn’t. It was then I knew. I saw it all, everything. From the keyhole. I saw him coming. Terrified is one of the least words to describe how I felt.

I ran to the bed and awaited my fate. The pewter door fell open and there he stood. I felt my own throat catch. But then I saw that his hand was missing a whip. Imagine my relief. He asked for my help -to move the body. I didn’t want to, yet I couldn’t refuse his request. Or else the neighbour would be helping him move two bodies. Thereafter, he made me swear never to tell a soul.

What bonds me to the bastard whose story I write, matters to no one. Not in this tale anyway. As long as the bottles keep away from me, my back which is already covered in welts and bruises would see no more lashes.

There were once two of us, there always have been. Until two nights ago.

Happy birthday to you -whatever they called you. No longer matters. And unlike she -the one whose name has now been forgotten, whose name I banished from my lips -I shall see my birthday. This year. 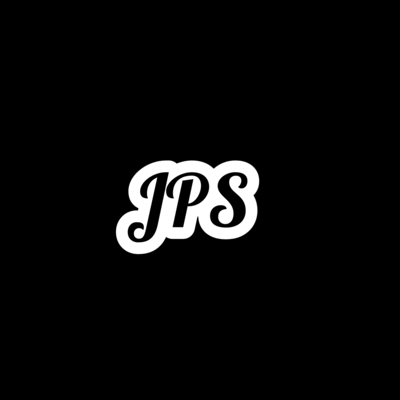