Even while sweating like a pig and my vision almost blurring out into the abyss from blood loss, I can hear the countdown starting. I look down, focusing my gaze at my opponent, praying he stays glued to the ring floor. The anticipation I feel is mixed in with the terror of how everything could go wrong in a flash, whether I win or lose depends on these last 10 seconds.

After a few years of fighting in local rings, my coach handed me a pamphlet for the qualifiers of a tournament that would take place in the United States. Knowing this could change my life forever, could finally be known as one of the big shots, I trained hard everyday. I remember my coach would tell me “Stop, Finn! Do you want to destroy yourself!?” I understood where he was coming from. In the months leading up to the qualifiers I barely slept a wink, telling myself that if I had time to sleep, I had time to train. I knew everything would pay off in the end.

I managed to win the qualifiers, or rather, survived the qualifiers. My last match was against someone who would be beat me every time we sparred: Nightrider. He had a slender figure that looked devoid of any muscle, certainly not your average boxer build. However, thanks to it, all of his movements were sharp and reactive. He also utilized bounce-stepping to complement his already quick movements. For someone who focuses on hard punches and frontal assaults, he was the worst opponent I could’ve asked for. But I’m a changed man, and with that change came my surprise victory, securing myself a plane ticket to America to take place in the tournament to determine the new lightweight champion.

The crowd stepped out of the way for a looming giant. He had a sharp gaze, hair that went so upwards it looked like a pillar of some sort, and had a moustache that was separated in two and angled downwards. As he walked closer towards me and the other fighters, I could see what was attached to his waist: The lightweight champion belt… Gatler.

A fitting alias for him I’d say. While he may not be quick on his feet, his punches the complete opposite. I watched a match Gatler boxed in and the only thing I could see after he stepped towards his opponent were tens of long arms flying out,  as if Gatler had somehow grown extra limbs. The opponent at the receiving end of the gatling looked like he had barely escaped a grizzly bear at the end, all while Gatler stared at him in disgust as if saying “you’re not worth my time.” The match lasted not even 30 seconds, the fastest match on record. I remember shuddering in my seat that day.

After the slaughterhouse, I moved up all the way to fight Gatler in the final match of the U.S national lightweight championship. In the waiting room, I was both excited and nervous all at once. This is my big ticket and I can’t blow it, but at the same time, because it’s my big ticket, if I fail here, is there anything left for me? A few minutes later, after shadow boxing a few rounds, one of the staff called me out to the ring. The moment I've been waiting for has finally arrived, and everyone in the huge crowd will be there to witness it.

The match started off as expected, him and I trading heavy blows while simultaneously trying to dodge the other’s blow. Everything changed when Gatler managed to hit me with a side blow followed by a blow to the chest. As soon I stepped back to regain my footing I knew what was coming. Gatler had me right where he wanted and I couldn’t do anything about it. Thus began a flurry of punches, speeds which rival a gatling gun. My knees gave out and I fell to the floor, almost not making it up in time. (No. This can’t be over yet!). I managed to get up with two seconds remaining on the countdown. I changed my approach, opting to keep my distance from him and stay mobile to study his moves for awhile. The round ended after a sufficient amount of stalling and we each went back to our corners.

After drinking my water (and spitting it out right after), I felt really confident for the 2nd round–like I had a choice anyways. My body is giving out on me, I can barely last another round with this guy let alone a third. Confidence is all I have. The 2nd round started with both of us keeping our distance, feeling each other out like a game of chess. (Here goes nothing!) I made the first move, hoping to close the distance enough so he can’t use his gatling and purposely recreating the same scenario. Gatler fell for the bait, he started targeting my sides. I just barely moved in time, only getting grazed from the edge of his fist. Thing about Gatler is, no matter how fast or how powerful his fists may be, it’s no use if I don’t stay still! I stepped side to side, confusing him in the process. I may not be as fast as Nightrider, but Gatler isn’t much faster. I landed 1 jab, followed by another, then another, being careful not to lose the momentum. Gatler managed to hit me sometimes, but I couldn’t fail here. A few jabs and 1 hook later, his knees looked like they were about to give out. I sealed the deal with one last hook. Gatler fell to the ground, but not without giving me one last punch. I had to tell myself to keep standing, as much as I wanted to fall. The only things holding me up are my willpower and my drive to win.

Victory is in sight. I raised my fist as a sign of victory, and wet liquid full of joy filled my eyes.

“Ladies and gentlemen, your new lightweight boxing champion… Finn Scarletto!” I fell to the ground, smiling. I finally did it, I'm finally a nobody. 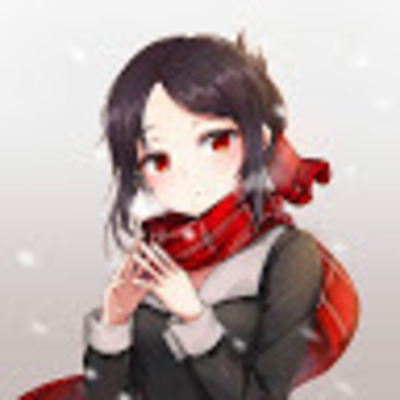 I submitted the spirit animal story and you're in it. It's called "Endings and New Beginnings" :D

Thanks! Are you gonna submit a story this week?

I was, but then I realized I want to expand it past the word limit, so I may end up posting it on Wattpad or somewhere else once its finished :D

Cool! I would love to read it but I don't have Wattpad. Can you read things on it without having an account?

Yeah you can. Or if you have any other social media, I can send it to you through there once its finished.

I loved this so much, Zenny! You built up the anticipation so well, and the story was perfect for something happening over ten seconds. You kept it fast paced and interesting, but at the same time you gave the character a backstory and outlined the journey he took to get to the tournament. This was definitely inspirational! The message behind the story, that through determination and hard work someone can achieve their dream and prove themselves to the world (or at least that's what I thought it was) was shown spectacularly! Also, I really l... 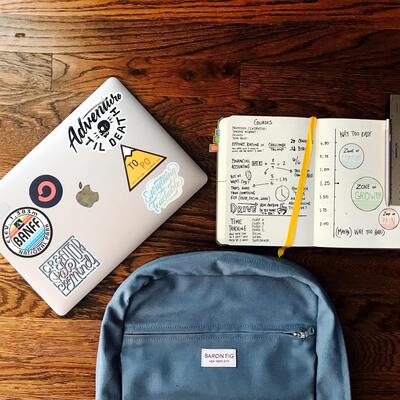 wow!! that was beautifully written! I love how you split it up into seconds. I thought this prompt looked really hard, but you managed to create an amazing story with ease! Would you mind giving my story a look over and leave some feedback? I really want to improve and you’re such a great writer!

Thanks for the complement! I really appreciate it. I'd love to give your story a lookover. In fact, I'll do so right now (:

I might do a story with friends on Reedsy, and I would like to put you in it, so what would you want your character's personalty/ physical description/ special skills/ spirit animal (if I do animals) to be? :)

Physical description: short elven boy with purple eyes, blond hair tied into a single long braid at the end, fair skin, skinny yet defined. Has bow and quiver attached to his back Personality: stoic, ruthless when it comes to protecting his loved ones, arrogant, thinks he can do everything on his own, closed / guarded about his personal life. Special skills: Super Speed, Darkness Arrow (arrow coated with a strange liquid, effects are up to you), arrow storm (shoots a barrage of arrows to rain down) Spirit animal: Wolf

Thanks! Also, I appreciate the description! It's really helpful! :) I'm doing like a fantasy New Year party story for fun and for the beginning of 2021.

Looking forward to it!

I’m doing a science-fiction themed reedsy-cast story and I would like to put you in it if you want. If you want to be in the story, there are just a few questions that I need you to answer. Questions: Alien’s Name (either your name or it could be different): Alien’s size: Alien’s color (can be any color or combination of colors): Alien’s special features (horns, tail, wings, tentacles, fur, scales, fins, etc.): Any other details about their physical appearance: Personality: Alien’s Planet of Origin (can be real or fictional): Any special ab...