10 seconds that’s all we had to get out. The call came from nowhere telling everyone that there had been a bomb planted inside of the school.

It was a normal day. I woke up around 8 in the morning. I had two classes in the morning one began at 9 and the other at 10:45. My roommate made the small apartment we had lived in smell like a 5-star cafe once again. This morning she made waffles with blueberries, powdered sugar, and some syrup. Everything looked so perfect as it always did. I washed down the meal with some orange juice we had in the fridge and I was on my way out to class. It was 8:45 by the time I arrived at the front of the building my class started in 15 minutes so I had time to go to the library.

10 minutes later and I was on my way to class. I must have spent too much time in the library because I was a couple of minutes late.

Class shortly began but stopped as the voice announced we had 10 seconds to run.

10. The voice connected to the speaker began to count down. We all thought it was fake so we ignored it. Some started to worry but were quickly hushed by our professor.

9. Still thinking it was a joke we stood quiet not moving. Some of us had left but most had stayed. We must have thought it was a prank and it didn’t want to be the butt of a joke.

8. The voice slightly louder this time yelled into the loudspeaker urging us to move but we still stood there waiting.

5. The voice laughed at us for staying in the classroom. There was still some speculation on whether or not the voice was telling the truth. We decided it was true and started to run to the nearest exit. We only had 5 more seconds before our beloved school was blown to pieces.

4. Panic started to fill the halls as we rushed to find the door. It was too many of us to count and we couldn’t all fit through the small revolving door.

3. I had managed to make it out safely. There was a group of us that watched as more kids started to flood outside of the door. It was as if we had all been running from something that would kill us instantly if it ever got a hold of us. We were running from a threat and they only had 3 seconds left.

2. The icy wind pierced our skin as we waited for the rest of us to get out. Only 2 seconds left. There were probably about a thousand kids left in the building. It was then when we realized that some of us wouldn’t be making it out alive. It was then when we accepted their fate as death crept upon them.

1. Nothing. All the panic and terror that had overcome us all was for nothing. As kids were still rushing out of the building still in fear that the bomb would soon go off the voice laughed. Their laughter was sinister as they spoke.

“Congratulations you passed the test”.

If this had been a test what was it for. Would there be an actual bomb next time or will something worse happen? Why had they chosen our school to bomb or threaten in this case? What did they gain from watching our souls slowly be drained from our faces as we realized this might be our last day on Earth? There were so many questions that would be left unanswered.

I was thrown out of my own head by the sound of sirens and flashing red and blue lights. Our campus became overcrowded with cars and ambulances. The sky was soon filled with news helicopters hoping to catch who had made these threats. There was so much noise from the questions people were asking me to the sound of the spinning blades on the helicopters. It was too much for me to handle and I passed out. I woke up 5 minutes later the noise had calmed down and people began to tell me what had happened. Whoever had made the bomb threat wasn’t alone because two people were found inside of the building. None of them admitted to being the person on the loudspeaker so they must have gotten away. They must have fled the school once the blaring sirens got closer leaving the other two to get caught.

It's been a week since everything has happened. We were finally back in the building. They decided to cancel school for a week to let everyone recover. Some of the kids had been injured in the process of running out of the building. These weren’t major injuries most of them had bruises and only two people had broken bones. I had a couple of bruises myself from being trampled by the stampede of people rushing towards the door. The story had been all over the news and our college soon became known as the school that was almost bombed. Everything was returning back to normal until the school received a letter from the person that had been on the loudspeaker.

Hey, does anyone miss me? You may be confused but I’m the one that made the threat. I’m the voice that counted down for your test. Now you might be wondering why I even decided to bomb your school specifically and to be honest this school was easy. By easy, I mean secluded away from public viewing. So far away in fact that I was able to get away before police arrived. Now, this school isn’t easy, you are welcome for that. Anyways, you shouldn’t expect anything else to happen unless I get bored again. Until then stay in school kids.

That was the last we ever heard from them again. 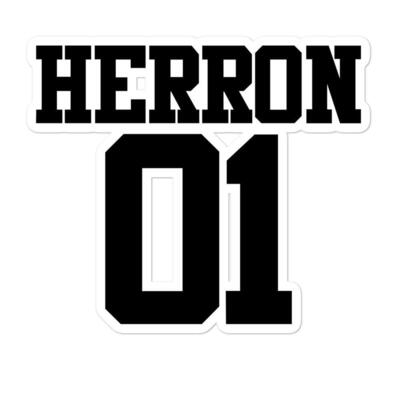 Oh, and Blue Garnet? Would you mind reading one of my stories called “The battle between the grubs and the humans”? Thanks