Submitted for Contest #73 in response to: Write about someone who gets proposed to five times on Christmas Eve.... view prompt

Marjory spent most of her life believing in fairy tales and happiness. She dreamed of having a prince save her from some horrible fate and believed that everyone had good in them. After fifteen years as a party planner, she had seen many apparent happy endings. None of them were hers.

She had experienced many first dates. It was the second or third dates that eluded her. Some of the issues that lead to lack of a follow-up was the other person’s fault. But most of the issues were Marjory’s. There wasn’t any single thing that caused her to break off communications with the potential suitors. It was the lack of a fairy tale element that made Marjory’s maladroit missions a failure.

Now as another year was coming to an end, Marjory could only hope that next year would be better for her love life. Until then, she would focus on her work and enjoy the time off that she deserved. It was one more day until Christmas and Marjory was starting her day as she did every day, alone.

As she sat at the nook, drinking her coffee, Marjory contemplated going to Nowhere, Utah and visit her family. She had hoped that the next time she visited them that she would have someone to go with her, but this would not be the year for that. Not that any time she had visited did anyone accompany her. The last time she even saw her family, Marjory’s mother made a point to state that she wasn’t getting any younger, a fact of which Marjory was well aware.

As she found herself staring at a half empty cup of coffee, Marjory was snapped back to the present by the ringing of her phone.

“MOB productions,” her voice had a touch of hesitation as she answered.

“Hello, I know this seems last minute, but can you help with a party that I am hosting this evening? I have everything organized in a folder, but my planner became sick and gave your number to me.”

“I can do it!” Marjory said without a second of hesitation. Not only did she need something to do to avoid Utah, but she also could use the money.

“Great! Can I send the details to this number?”

“That would be perfect,” and Marjory looked forward to seeing the job proposal.

Marjory had to only wait a few minutes before her phone blew up with the link to the planning. She scrolled through the party information and found an adjusted price. It was more than she would have expected. It did require her to get a specific outfit and she knew she had to work quick to find it. So without much delay, she headed out.

She left her apartment and headed to the city center. Marjory lived close to the main part of town, mainly for business, but also for the stirring of life. Different characters and different things seemed to pop up around her all the time. On this day, Marjory was stopped by a floating florist. The man was twice her age and she knew that if she avoided eye contact, he would leave her alone.

“Would you like some flowers?” His initial attempt was ignored by Marjory. “For you, there is no cost. Only an honest offer during the holiday season.”

Marjory stopped. She knew this was typically a ploy to get you to stop and then, after handed an item, the request for money would be made. Again, he made his proposal and extended the flowers to Marjory. She took the flowers and the man turned from her to extend his gaze further down the sidewalk. Marjory slowly left the man’s area and continued her quest for the outfit. All the while, she enjoyed the smell of the flowers.

Once at the store, Marjory began to scour the racks to find the clothes that most closely matched the one from the proposal. After close to an hour, which half the time was spent setting down and picking up the flowers, Marjory found her match. She took it to the register and paid. The salesclerk asked her if she needed a receipt. As this was a business expense, Marjory obliged the request.

Marjory hurried and got ready for the evenings event. She put on her outfit and gathered her two bags which were filled with contingencies for nearly any problem that could occur. She ordered a car and waited outside for the ride.

She got to the venue and began her plan of attack. She found a base for her supplies and walked the entire place before anyone arrived. As Marjory walked, she visualized how the plan correlated to the layout of the building. As the vendors arrived, she delegated the places for each one and ensured that everything was to her liking. Once everything was set or stored, the guests began to arrive. She directed the catering crew and bartenders to her expectations. From that moment, everything was going as it was planned. This was perfect for the guests, for the hosts, and for Marjory. It was a Christmas Eve wedding that everyone would remember.

Before the end of the night, a man waited patiently for Marjory to relax for even a moment. When he saw his opportunity, he approached her with a subtle moistening of his lips with his tongue.

“I’ve been watching you and I have to ask,” he paused with a slightly flirtatious smile, “would it be to forward of me to ask for your information?”

He was everything that Marjory’s mother would have hoped for in a man. He was Adonis reincarnate. Marjory gave him a smile back and handed him her card with her work information on it. “Give me a call whenever and I would be happy to plan an event for you.”

“Thank you,” the man said and turned and walked away.

After most of the guests were gone and the companies were finishing up their part of the wedding, another person came up to Marjory. This time it was a woman named Laura which Marjory had known for several years, although they hadn’t talk for several weeks.

“I was a guest at the wedding tonight,” Laura said, “and I wanted to check on you and ask you a question.”

“Is this what it takes for us to talk?” Marjory’s words came out with a bitter edge.

“No,” Laura said softly, “I’ve missed you and just want to ask,” she paused, “would you marry me?”

Marjory was instantly shocked. She didn’t know what to say and could barely keep eye contact with Laura. They sat in silence which felt like an eternity to them.

Five proposals in one day were presented to Marjory. Each one different but all related to ensure that her faith and belief in happy endings were real. 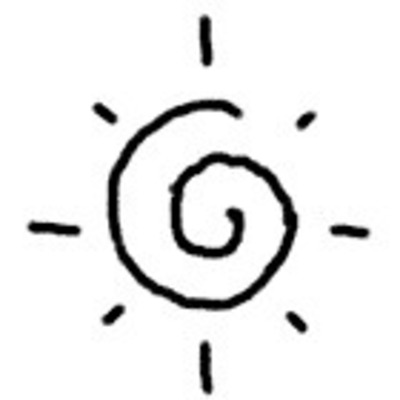 I like how not all of the proposals were marriage proposals (I also went this route in my own interpretation of the prompt). The ending left me feeling happy for Marjory, but also curious about who Laura is and what is the nature/history of their relationship.

Laura was just a girl/woman whom had been noticing Marjory. My intention was to expand, but I think I was getting close to the deadline and pushed for finishing instead of creating a better storyline for their relationship and history.