Submitted for Contest #73 in response to: Write about a drummer going to a holiday party for musicians.... view prompt

To be completely honest, one of the reasons I had gotten into drums in the first place was the fact that I was behind the scenes...I could still be apart of the music industry yet I could hide behind the safety of my kit. Growing up, I had used my instrument not only as a way to express myself through music but also as a physical and emotional barrier against the overwhelming nature of the world. As a introvert, this was...and still is crucial for my mental and emotional health.

I love music...I live and breathe it, as cliche as that sounds. My ear for music had developed around the same time I was learning to crawl apparently, according to my Dad. Which meant that for just over 22 years now I had been head banging and jamming to the best beats the world had to offer. A little over 3 years ago now my talent as a percussionist had been recognised thanks to my universities youtube channel and the next you know I'm bring offered the position of stand in drummer for one of the hottest rock bands topping the charts today whilst their normal drummer is off on family leave with a newborn.

As much as I was honoured to be apart of the professional music scene and to live the ideal dream of being paid to do what they loved, I did not like some of the realities that came with the profession. Realities such as hard core parties that raised publicity and encouraged networking...something I hated with a passion. It was on the way to one of these parties that I met her, Aluria...a fitting name for the only women to have ever caught my attention.

My agent had arranged a limo for me, despite my insistence that I would drive myself to the first 'networking event' AKA rocker party of the season. I had explained that if I had to go and socialise with hard core musicians, back stabbing paparazzi and bitchy personalities that I wanted an easy out, the safest way for me to survive this party was knowing that I had a backup plan...an easy retreat.

To his credit, Nathan...my agent knew me almost as well as I did myself, on the surface anyway. I didn't really fit the sterotypical 'drummer for a famous rock band' which made me a 'dream client' apparently. I was anti drug...even prescription drugs, I only drank JD and coke socially and I hated most people with a passion. My intolerance and disgust towards most people fortunately made me appear 'brooding, mysterious and an enigma in the eyes of the media. Whilst my bandmates knew the truth, they all seemed to find my particular personality amusing and therefore protected me in times when my drumkit couldn't...large media filled parties being a key example.

Unfortunately, I was the key representative of my band ' The Yullow Kords' at the party that night. Out of the four of us, two of my bandmates were still heavily jetlagged from their recent trip to Europe while the other one was basically bed bound with a nasty flu. Considering it was the first publicity event of the season, it didn't look great for my band to send their newest member with the worst social skills to kick start the new year. Nathan seemed to find it amusing though and insisted that everything would be okay and that he would be by my side the entire time.

Considering that his first act of the night was sticking my awkward self into a fancy car with the most beautiful and charismatic woman that I had ever met...I hadn't been too confident with his insistence that 'everything would be ok'. From the moment I entered the jet black limo that reeked of expensive leather and a light floral perfume, I knew that this night was going to be a serious test...I just hoped that I would come out of it with a positive lesson learnt rather than a negative one.

As I muttered out some polite ' good evenings' to her and the driver, she had looked at me with a tiny smile on her lightly made up face as she introduced herself as ' Aluria Narella'. Within 20 minutes into the 2 hour drive to the uptown nightclub the party was being held at Aluria and I were talking like we had known each other for years, something that was odd for both of us apparently considering that we both had similar antisocial personalities.

Similar to me, Aluria lived and breathed music and had loved her instrument ever since she picked up her first bass in the 1st grade. Similar to myself, she was the newest member and only member of her band that could make it to the party that night which made Nathan's intention and the reason for his absence all the more obvious.

I owed Nathan a massive thankyou for his sneaky matchmaking, something we both knew based upon the satisfied smirk he gave me whenever he saw Aluria and I together...considering she was now my fiancee this was quite a common occurence and often involved her playfully shoving him whilst they conversed in rapid Italian.

Aluria and I had been each other's salvation that night, a night the press was naming our official ' outing as a couple', nevermind the fact that we had met only a couple of hours before the event itself. In the space of 2 hours, we had covered a vast array of topics from small idle chit chat such as our favourite foods to talking about our families and our way of coping through the world with our music. Like me, our instruments allowed us to fade into the background of the music industry whilst still allowing us to do what we loved most in the world.

Since that party, both our bands had skyrocketed to the top of our respective charts...hard and soft rock. Although we both hated the publicity , our relationship in the press's eyes started at that party and therefore they felt entitled to know everything about us...although our connection did in fact start at that party it didn't mean that they owned us. That was probably the hardest parts about fame, belonging to everyone else...yet only a part of you belonged to everyone else, the part they wanted to see.

Althought I hid in the background in not only my career, but in my own life as well...it sure did feel good to actually be seen by someone you loved...someone that you met in the most unlikely of circumstances. I would owe Nathan for years for this one...something he cashed it on frequently by making me attend various publicity events full of shallow people, at least I had Aluria by my side now. 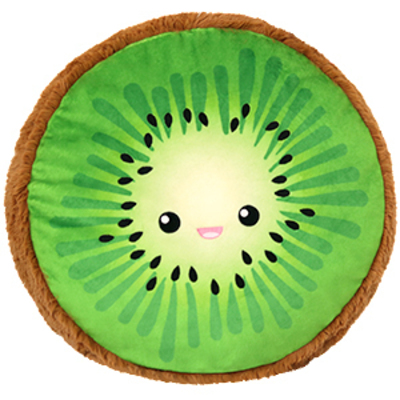 Love the soft & smooth writing style! Maybe try some dialogue or other techniques to make some parts of the writing stand out?