And It All Happened On Christmas Eve!

Submitted for Contest #73 in response to: Write about someone who gets proposed to five times on Christmas Eve.... view prompt

Tantalizing toast with homemade strawberry jam, hand-delivered by my good friend, Tony, was how this epic day began. In days gone by, Tony was my grade school hero for showing me how to reach the top of the monkey bars in less than ten seconds. Our mothers called us two peas in a pod. Over the years, we spent endless hours riding bikes together, and because of him, I realized how very much I wanted to have a brother.

I thought the jar of jam must have slipped off the table without my noticing when I saw Tony down on his knees. Then before I knew it, he was asking me to marry him! Never did I think I gave him the impression we were more than kids who grew up as friendly neighbors. I know I'm a very shy and private person who doesn't show my feelings. But marry Tony? And why did he have to propose on Christmas Eve?  I tried my best not to hurt his feelings, but I don't think I'll ever be able to eat strawberry jam again.

Out of our tiny kitchen I bolted as more and more family members were starting to gather in every room of the house. A long walk down our dusty road into town would surely help calm my mind. It’s Christmas Eve, I kept thinking, and I deserve to feel the peace and joy that this day always brings.

With no destination in site, I amble on until the “Sunny Ice Cream Parlor” sign is glaring at me. Certainly a mini-cone on Christmas Eve is a splurge I can afford. The counter looks pretty empty. Then out of the corner of my eye I see my old boyfriend, Tommy, with his irresistible smile coming toward me. While we once confessed to being boyfriend/girlfriend, I knew it would never last. That might have been because his twin brother, Timmy, was the one whose heart I often dreamed of capturing.

“May I join you for what looks like the tiniest ice cream cone ever to be eaten on Christmas Eve” shouts Tommy. While I thought his smile was irresistible, his booming voice always made me quiver. Wishing for some solitude, but I couldn’t claim the stools on both sides of me were going to be taken. After exchanging a brief Christmas Eve kiss, I decide to let him ramble on about all those good old times when we were a pair. During the first two years of high school, being the wallflower I was, and still am, it was comforting to have someone I could call my own. We did have a fantastic time at the snowball dance, and he always respected my parents request to have me home by midnight. I knew that he and his twin brother, Timmy, came from a very dysfunctional family, with an alcoholic mother and drug-dealing father. I never understood how both of those guys could have ended up being such kind and thoughtful kids without having loving parents to emulate. The night he told me he was joining the air force upon graduation from high school, I was devastated.  I understood his wish to escape for awhile, but two years without my best friend felt like it would be an eternity.  Then recently when his term of service was over and he came home, I realized I had lost the girlfriend feelings for him.

The thrill of an ice-cream cone have long worn off as I am trying to build up the nerve to tell Tommy goodbye. That’s when he takes my hand and says “I now want to be more than just your boyfriend -- I want you to be your husband.” Thankfully, I started coughing loud enough so that the waitress brought over a glass of water, and a two-minute reprieve. I never had the nerve to tell him I lost that girlfriend feeling, and now I must confess. But why on Christmas Eve? So sad to see the waterfall of tears streaming down Tommy’s sweet face. Nothing I could say about our past happiness made any difference. His sudden departure made me wonder if he would be ok.

I need to get home before our family traditions begin with singing Christmas carols and sampling the tasty gingerbread cookies made by Great Grandma Sophia. I’ll force my brain to forget all of the unexpected events of this morning and keep my focus on the real meaning of Christmas.

There seems to be someone leaving our house who I don’t recognize from the distance. We rarely have visitors on Christmas Eve, so who could it be? As I get closer, I’m shocked to see Timmy. Did Tommy tell his brother about my turning down his proposal? Even though they are twins, they’ve never supported each other. Wouldn’t even surprise me if Timmy is glad that I turned down Tommy just to spite him.

Not knowing what to think, I have no choice but to approach Timmy near our front door. Immediately he wraps his arms around me and plants a warm kiss on my lips. Must admit I’ve often wondered what it would feel like to kiss Timmy, but this is all just too strange. He says he needs a few minutes to talk to me. I explain that our family traditions are about to begin which I can’t miss,  and maybe we can talk next week. He says that’s not possible because he’s leaving today to join the navy. While he never had fond feelings for his brother, he vowed he would never try to steal me away from him. But now that he knows I don’t intend to marry Tommy, he is asking if I will wait two years until he returns. Then he wants to marry me! While he may have been dreaming about me during the past few years, I always believed he had no interest in me. Now I don’t know what to think, but why did he choose to share his feelings and to propose on Christmas Eve? “No” is all I can say as I dash inside where Christmas carols are underway.

“You are the bestest sister ever, and I want to marry you,” little Johnny loudly announces as presents are beginning to be opened. The shiny red truck, still half unwrapped, made his eyes light up more than the Christmas tree covered with tinsel. Wish now I had let him believe that marrying me was possible for at least another day.

As probably everyone in the world has said at least a dozen times by now, this was not a good year and a Christmas Eve like no other. Finally, I can climb into bed and feel the warmth of my Grandmother’s cozy quilt. Can’t help thinking about how four special guys have all said they want to marry me – and all on Christmas Eve.

As I glance at the nativity scene, sitting on top of my dresser, the star over the manger seems brighter than ever before. Why have I never allowed myself to admit that my strongest desire has always been to enter the convent. A life devoted to spreading the word of God would be the most fulfilling purpose I could ever imagine. As I look at the shining star above the head of Jesus, I hear Him calling me. I want to marry Christ the King, and I believe he is proposing on Christmas Eve. 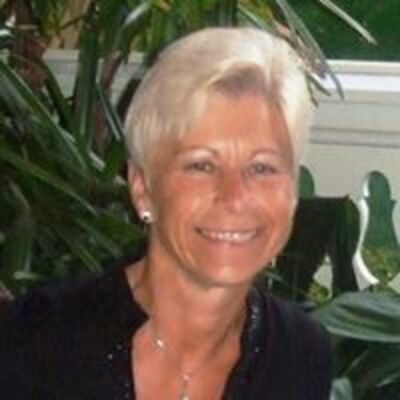