Submitted for Contest #72 in response to: Write a mystery where the detective realizes at the last moment that they have the wrong suspect.... view prompt

Shuffling through a pile of dusty paperwork, Samuel paused to sneeze, causing goose bumps to appear along his arms.

Rubbing his tired eyes, the ink still wet on his left hand leaving marks on his face, he glanced over at his fellow detective.

He was asleep. His head was resting on a large, open book, and saliva had dribbled out of his mouth and onto the pages.

His eyes bleary, Mike glanced around,” What’s the matter? I was only resting my eyes.”

Snorting, Samuel pushed back his chair and strolled to the window.

The glass panes were dirty and smeared from where they’d tried to clean them, but he could still see the street below. Several carts being pulled by horses were making their way through the dusk, while the lamp lighters hurried to light the gas.

“She’ll be here in a minute,” Mike warned, closing the book and smoothing his hair.

“Right, we’d better make this place a bit neater, or she’ll leave before we get a chance.”

Hurriedly they cleared the desk tops, stuffing loose papers in a cupboard in any order.

“We’ll sort it out tomorrow,” Mike muttered as he saw Samuel frown.

A tap at the door made them both freeze.

“Good evening,” he said, as the lady stepped back, her eyes wide, obviously not expecting anyone to be in the room. “Thank you for joining us.”

“Oh, erm, that’s okay,” she said, her cheeks flushing slightly as they both stared at her.

“Please come in,” Mike said, indicating one of the chairs, a thin cushion already hastily placed on the seat.

Nodding, the lady stepped into the room, her long skirts swirling around her legs, and the heels of her boots tapping on the floorboards.

Samuel breathed in her perfume. Exotic but yet cheap. Something like the scent he bought for his sister each Christmas.

Raising an eyebrow so it was almost lost under the curls escaping from her bonnet, the lady arranged her skirts as she sat, and clasped her hands in her lap.

“Well gentleman,” she said, looking up at them both. “Your letter sounded most urgent. I can tell you, the suspense has been killing me.”

Samuel and Mike glanced at each other. This might not be as easy as they had first thought.

Clearing his throat, the perfume making it tickle, Samuel perched himself on the desk top,” We know that you were involved.”

“We know you were involved.”

The lady stared at him for a few seconds, her face becoming hardened.

“I take it you have proof, if you’re going to accuse?” she asked, her voice cold.

Mike shook his head,” No, this is only what we’ve deduced.”

Laughing, the lady threw back her head,” So why am I here?”

“Well, if you come clean now, and admit to your part in the robbery, you would receive a lighter sentence.”

“And the two of you are able to promise me that?”

Her eyes looked at them both searchingly, her hands now clenched together tightly.

Mike pulled a chair closer to her, it’s legs grating across the floor, and touched her gently on one shoulder.

“No,” he said softly. “But we can have a quiet word to the judge. Tell him that you cooperated with us.”

The lady fished in her handbag and pulled out a cigarette, complete with holder. Her head was soon surrounded by a cloud of smoke.

She gazed at them thoughtfully, “So, what’s in it for you two?”

“We just solve a case, and get paid for our troubles.”

Nodding, her gaze travelled around the room, noticing the chipped paint and cracks in the walls. Some of them were so large, you could almost see the people in the next room. Her eyes paused as she saw a small oil painting, it’s frame polished and ornately decorated.

“We have the paperwork here,” Mike said, producing a sheaf of papers and a quill. “ If you just sign your name at the bottom, this will all be over and done with.”

Balancing the cigarette holder between two fingers on her right hand, she looked down at the papers, scanning the words written.

The handwriting was atrocious, all loops and no style. Her mouth formed the words as she read silently.

Samuel and Mike glanced at each other. They hadn’t thought she’d be able to read their work.

“Gentlemen, it says here quite clearly that the bandit responsible is left handed,” she said, placing the papers down on the desk. “And as you can see I’m not.”

Continuing to smoke, she watched as they started to sweat.

“And furthermore, if you’re going to try and frame me, don’t place the stolen painting on one of your walls,” she continued, nodding pointedly at it hanging behind them.

Samuel felt the blood drain from his face, stammering,” I don’t know what you’re talking about. That painting has been in my family for generations.”

Sitting back in his chair, Mike ran his fingers through his hair.

“What exactly do you want from us?” he asked quietly.

“Oh nothing much,” she said, pushing the paperwork back towards him. “Only, I need one of you to sign this paperwork. I mean, I could write both of your names down but it seems pointless for you both to be locked up, doesn’t it?”

Mike stared at the quill and then pounced on it, scrawling his name at the bottom.

“Oh no, you don’t, you cheating, thieving…,” Samuel yelled, running to him and grabbing his wrist, trying to pull his hand away.

“Now boys, please behave,” the lady said as she walked towards the door. “You know, it’s fortunate you’re both left handed really, it could be either one of you.”

Samuel tore at the paperwork.

“There! Now there’s nothing to be signed!” he shouted, the ink splattered across his face , running with his sweat.

Smiling, she opened the door.

Two burly men in uniform stepped inside, truncheons in their hands.

“Take them away,” the lady said, smiling at one of them. “I think you’ll find them most helpful.”

“Hey lady,” Samuel asked, as handcuffs were fastened behind his back. “Who are you, anyway?”

Loved this story so much Vicky! Amazing job! :)

That twist had me so shocked you don't even know. I need to get better at that, being unexpected. This was awesome :)

Thanks so much frances 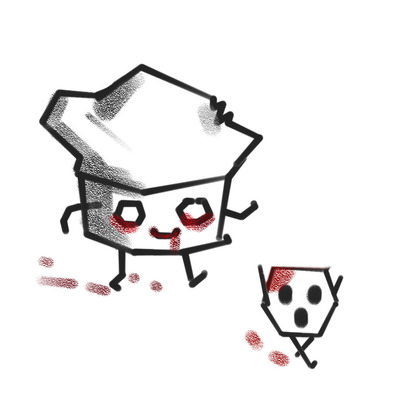 Well, what a twist. I was played, hook line and sinker. So the criminals were the detectives who most likely fabricated the entire robbery and were such daft-heads that they even wrote vital references to themselves in the confession. The story put a smile on my face. And lady Kat Ace remains a mystery.

Thanks so much kara 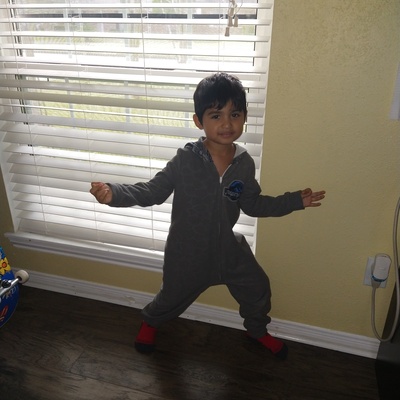 What a fun story, Vicky! How did you come up with that so quickly? I'm working on the same prompt, but mine is a lot darker and not coming very easily. I loved your natural dialogue, description of the mysterious woman. I could see the whole scene playing out so easily - and what a twist - loved it!

Thanks so much Kristen. When writing for reedsy I just free write. I give myself an hour and see what's on the laptop at the end. It's been great stress relief this year, and I reckon I've learnt so much from everyone here. I can't wait to see what story you come up with

That's amazing, Vicky! I can't believe how polished your work sounds after just an hour of writing. For me, when the prompts come out, I spend a day or so pondering which one feels right, then another day or so pondering a plot, then another day or so thinking about characters and how to start. And then finally I start writing on Tuesday or Wednesday. And that's usually why I'm racing to finish by the deadline and sometimes don't make it. I'm not sure if my head would allow me to do your method, but it sounds quite liberating. Maybe ...

Thanks that's very sweet of you. South Australia has been relatively lucky compared to parts of the world.I reckon we re all waiting for this year to end and the new one to come. I'm dreaming of a nice, long holiday where I'm going to do nothing.

I loved the suspense and thrill of the plot. Nice job on the story as well as the plotline. Keep writing. I would love your feedback on my stories too.

I love your attention to detail. This may sound weird, but I love the way you described the trickle of drool at the beginning of the story. Not too much to make it gross, or an object of too much attention--which it so often is--but just one more detail in the succinct picture you're drawing. Also love the detail of the perfume. Detective stories mention perfume so often as a clue, but the reference to the detective's sister was a great touch, and the fact that her perfume doesn't settle the case at all creates a fun "red herring." Rea...

Thanks so much ray for your comments.i always enjoy them, they're like a novel on their own