Your recruit, Caelan Wexer, will show up at precisely 5:02 a.m., and her excuse for being late was that she saw a felis in the hallway.

That, of course, was the Smokeweb, the cutting edge technology humans had invented right before they went extinct one hundred years ago, being replaced by a newer species, the homos.

Archeological digs had found Smokeweb and had been instantly intrigued. What was the small wafer of metal? What was its purpose?

They had discovered that Smokeweb could tell what a homo would do. When they would show up, what they would say in a conversation. All the homos of power, mayors, presidents, and generals had them. They were surgically implanted in their heads.

And that’s how Caelan got in trouble.

Caelan had seen a felis in the hallway, and almost tripped over it. Felis’ were small creatures, ranging in sizes from being no bigger than one's palm to being as long as someone's leg. They were incredibly smart and agile creatures, with keen ears and noses that were good for hunting.

This particular felis had a thorn in one of it’s paws and was screaming in the hallway, it’s screeches bouncing off the walls and reaching Caelan’s ears.

She bent down and gently pulled the thorn out of it’s paw. It gave her a grateful look and scampered off.

She ran into her training at precisely 5:02 a.m., hoping the General Zamox wouldn’t notice her lateness.

The general raised an eyebrow, but she moved on.

Caelan knew she had been expecting the answer. Smokeweb had probably told her before Caelan had even gotten there.

She fell into rank, with all her gear weighing her down. A uniform with all the equipment of a Solfid warrior was a lot. A sword, spear, a shield so large Caelan was sure she could sled on it, a dagger, a helmet, armor, and thick, heavy combat boots.

After drilling, lots of drilling, General Zamox called Caelan forward as everyone was dismissed.

“I need you to come with me, recruit.”

Caelan was puzzled, but in Solfid you learned that you never argue with any warrior. She followed Zamox down into the lower reaches of the training center, into an underground pathway. They emerged in a room that Caelan had never seen before.

Before her, in around a crescent table, sat the president.

Romulus Dormax was the president of Solfid, among the other titles he carried as a drunk, a powerplayer, and a scoundrel.

“Recruit Wexer.” The president smiled, and a smell like blood flowed forth from his ruby red lips.

“Rise.” The president checked his reflection in one of the many mirrors that surrounded his office. “Solfid needs you.”

She will say yes, the Smokeweb insisted,going against Romulus’s previous doubts. She would be stupid not to.

“I need you to participate in a secret mission.” The president said. “To help our beautiful country.

There is an...object. This, ahem, object, has been stolen by our neighbors to the north, Glaucus. They will use it to destroy us.”

Caelan remembered back to her school days. Glaucus meant bluish grey, and that perfectly described their scenery. The mountains that ringed their country were beautiful, and also the perfect natural border to keep Solfid and Glaucus apart.

“Do you accept this quest?”

“Good.” The president said. “General, take her and prepare her.”

Zamox steered her out of the president’s office. “You are lucky.”

“You are the Chosen One.”

“He has an idea you are a great warrior. After all, your name means powerful warrior.”

“So, where are you taking me?” She asked.

“Your quarters for tonight. You leave tomorrow at first light. You will also meet your questmate.”

“Yes. Are you hard of hearing?”

They walked the rest of the way in silence.

I told you she would say yes.

“I know. I shouldn’t have doubted you, Smokeweb.” Romulus said.

Never doubt the smoke. It consumes all.

Caelan pushed open the door that Zamox had directed her to. She saw a bunk bed, and before she could register anything else, a petite figure landed in front of her.

The girl had orange hair, blue eyes, and a big smile.

“I’m Aella!” She said, thrusting her hand out to shake. “Your questmate!”

“We are gonna be best friends!” Aella said enthusiastically.

The next morning, Caelan woke to Aella shaking her.

“I’m awake.” Caelan noted that her friend was probably the most hyperactive homo ever.

Before they knew it, they were being given the specifications of their mission.

“You will go to Glaucus. You will take back the object-”

“What is the object?” Aella interrupted.

“You will know when you see it.” General Zamox said.

Aella made a small noise. Hmph.

“You have your weapons?” The general asked.

Caelan and Aella both nodded.

“Goodbye.” She said, and they were transported outside the safe gates of their home.

They will be victorious. The Smokeweb urged.

The president shook his head. “Smokeweb. We chose one of them on your insistence, seemingly for the only reason that her name means ‘Powerful warrior’!”

My instincts are correct.

“And the other one! She is so hyper. It is not at all a surprise that her name means ‘whirlwind’!”

You doubt them. You trust me, do you not?

After days of travel, they reached the capital of Glaucus. The country lived up to its name. Clouds hung over the city, turning everything grey. The occasional gap in the clouds revealed a little blue, reflecting on the windows of the skyscrapers.

“Yep! Lets go! Do you have directions to the object?”

“Here…” She pulled out a small sphere and tapped in a code. A virtual map shot up out of it. “It says...this way.” She walked in a direction. “Nope! Other way.”

Soon they reached the capital building, a skyscraper taller than any other.

Caelan held out a card.

She also handed him her fake ID card.

It was a law in Glaucus that every child had to be named after a color. The fake identification cards had been courtesy of the Solfid government, as they knew they would be needed to enter the building.

The lobby stayed within the blue and grey theme of the outdoors. A grey marble floor speckled with blue made the girls' boots click as they stepped.

They entered the elevator and went to floor 103, as they were instructed to. The elevator doors clicked open.

They have entered the building.

“Thank you, Smokeweb. General, prepare to hack the cameras! I want to see this.” Romulus rubbed his hands together.

I do not know why.

“Because! The entire country of Solfid relies on this!”

They will not be happy when they see what they must take.

“I don’t care. They are simply pawns on the chessboard.” Romulus chuckled, pleased by his use of Old Human vocabulary.

As you say. The Smokeweb said. But be warned: This may not turn in your favor.

Aella and Caelan stepped into a grey and blue hallway.

Caelan glanced at her map. She pointed right. “This way.”

The girls walked until they came across a silver vault door.

Aella pulled out her sword and knife and pried the doors apart.

The doors pushed open. Caelan and Aella stepped inside.

“I can see that!” Romulus said. “Very clearly.”

They will be the saviors of Solfid. At first, I was not sure, but now, I am positive. They will bring back the stolen.

Romulus turned on the screen, and saw the two girls step in closer.

“Is that…?” Aella asked, her energy replaced by astonishment.

It was the original Smokeweb.

“Stop!” A voice behind them shouted.

Aella and Caelan were two feet away from the Smokeweb. If they could just reach…

“You don’t want to do this!” The voice said again.

Neither of the girls turned.

“That is the key to our future!” The voice pleaded.

Everyone relied on the Smokeweb to tell them what was going to happen. The Solfids had forgotten what it was like to be suprised by the future, the good along with the bad. Surprises were what kept life interesting.

Yet the entire society that Caelan knew was based on expectations. No surprises.

Caelan wondered what it was like to have someone not know when she was going to walk in a room, or be late to her training.

Everything stopped, as if the entire world was holding its breath.

“We rely on this for everything. There are no surprises anymore. What’s life without a little spontaneousness?”

She grabbed the original Smokeweb and drew her dagger.

It sailed through the circuitry as if it was made of cheese. Sparks popped out of the broken piece of metal.

She looked at Aella when she was done. “Will you stand with me?”

Aella smiled. “Until the end.”

Hi Caroline! I loved this story! Mainly the part where you explain about the algorithm that can predict behaviour. It was gripping until the very end. A part two would be wonderful! :) Great job!

Thank you so much! (I probably will do a part two ;P)

PART 2! Sorry for the all caps, I'm really excited about a possible second part.

maybe coming for this prompt...

Great Job!! You know how I normally post tons of stories in short amounts of time? This contest I'm going to put a lot more thought into mine. Great Job!! i loved it!!

Thank you! And good luck! Your stories are really good, it amazed me how you could write four or five amazing stories in a week!

Awwww, thanks!! Also, Nainika Gupta just took on that challenge and did it too!! I really love your stories too!!

Spectacular story!!! You fit so much action and description in for it just being a short story. You writing style was unique and it flowed wonderfully! The characters and world were so well developed. Also, Smokeweb was a great addition to the story! You should definitely write a part 2! I saw in your bio you were thinking about writing a Hunger Games fanfiction with characters from other books. I think that is such a great idea!!! I love fanfiction and it seems like it would be really fun to write. As far as tributes, I think you should pi...

Hey!! Another great story :) So hooking, I absolutely loved it - plus the world you built up???? awesome!! and le gasp I'm part of yearbook staff too!!!! I love it and have been doing it all of highschool :)

thank you! le gasp- i love yearbook! i love designing posters and stuff, so yearbook is just so nice, when you have everything positioned the way you want it, and you see it in print- *sigh of content*

i def agree :)) and um...it feels weird to ask, but would you mind checking out my stories??

Gosh after reading your bio I swear we’re 90% the same person lol (I’d expand on that but I hafta go to bed, sooo...talk later!) 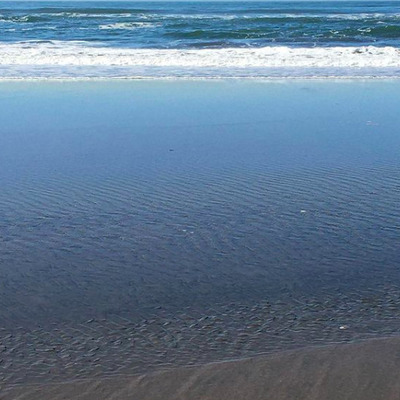 I didn’t know what story to put 🧃on. I read your bio :) And of course I had to read the story to. I love it!

Thank you so much! Any story works, thank you for stopping by!

Hey Carolina, Great story! Can you please give me some feedback on mine? https://blog.reedsy.com/creative-writing-prompts/contests/95/submissions/68977/

Thank you, and of course!