Grandma Griffiths was sitting at the kitchen table amidst a hive of activity.

"This is going to be a surprise Gran," Said Sue. She was one of the tween twins busy measuring coconut into a cup. "Mum told us how you always made these Coconut

Chocolate Balls for the family at Christmas time. She has safely kept the recipe that you gave for the Coconut Balls in her old recipe book and we will follow it to the last detail."

"Who still keeps a hand written recipe book?" asked Liza busy opening the tin of condensed milk. "Do you know, Gran, we had to search in the loft for this recipe book and found so many interesting things. There were boxes of photographs that the two of us are going to sort in the new year and make new albums for them. That's going to keep us busy for a while. It will be a family heirloom to be handed down to our kids. Also there are loads of books from when Mum was a tween."

"I think our choice of reading has changed," Sue quipped with the superior knowledge of a tween of today. "Among the collection we found a copy of Charlie and the Chocolate Factory which you gave to her on her birthday in 1965. I think it will be worth a read even though we have seen the movie."

Gran smiled as she enjoyed the chatter of the twins. This was her first trip abroad. After much pleading from the two during one of

their Skype calls, she decided to make the trip and spend Christmas with them in London. Their parents had gone into London city centre to complete the last of the Christmas shopping and she was left with the twins. Gran was not used to this London weather. Back home in South Africa the sun would be out and they would be spending Christmas in the outdoors but this was going to be a really special Christmas for her.

She sat watching them as they studied the recipe. Careful with the recipe book that was quite delicate now. It had aged, so the pages were yellowed and some had come undone from the binding.

"We will preserve this recipe Gran and we will make these treats for the family every Christmas from now on!" Liza promised.

Sue brought out the ladder and climbed to fetch the cocoa from the top shelf while Liza was crushing the biscuits. Once each of the ingredients was now ready in individual bowls, the two looked at each other and smiled. It was going to be a grand messy time mixing and rolling the coconut balls. It was actually the best part of the bake up.

"Would you like to help us roll them Gran?"

"Most certainly, I love this part of the bake. I'm not missing out!" and Gran joined the twins at the counter as they mixed and rolled and chatted. Eventually they had a tray complete and ready to be packed and stored but kept three out for tasting. They licked their fingers and cleaned up the mess they had made.

"We have to do the last of the lights outside so we will leave you for a few minutes to enjoy a cup of tea in front of the fire," they said as they made there way out the front door and Granma Griffiths put the kettle on.

It really was a good idea to visit for Christmas, thought Grandma. I am rather enjoying this more and more. It's like a stroll down memory lane when I made treats with my own two girls. I remember the girls dusting each other with flour and the sticky mess of the chocolate on the kitchen table. The kettle gave a whistle and she poured boiling water into her cup. The packet of Coconut that the girls were using was still on the counter.

I'll just pack this away for the girls Grandma thought and looked at the label. The company design had changed slightly but she smiled as she remembered using the same brand of coconut for her sweet treats. With a cheeky grin she turned the packet over in her hand and then had a good giggle.

"Our Special Recipe for Your Family this Christmas" was the heading. 1 packet Plain Biscuits - 1 tin Condense Milk - 1 Cup Coconut - 1/4 cup Cocoa - Mix and shape into balls - Dust with extra cocoa and coconut - store in airtight container.

Grandma packed the cocoa away in the cupboard, made her tea and settles in front of the fire feeling quite content.

The twins joined Grandma Griffiths in front of the fire, each with a mug of hot chocolate and they tasted their Coconut Chocolate Balls together.

"Mmmm, simply delicious!" exclaimed Liza. "Grandma we miss you being so far away. Tell us what it was like when Mum and Aunty Maud were our age. Mum keeps telling us how different those times were. We want to hear straight from the horses mouth." she giggled at the saying she had just used.

"Certainly things were different then, Granma answered. "We didn't have mobile phones and we didn't have telly twenty four hours a day but we sure had good times together just as you have with your Mum. She reads to you girls like I did to them and she cooks and bakes with you like we did. Times change but family can always be there to do special things together. One thing that has really changed is that I have loads more wrinkles than I had when your mother was your age." The twins shrieked with laughter and rolled on the floor.

"Gran, seriously though, where did you get this delectable recipe that has been handed down?" sue enquired.

"Well if I remember correctly," Granma Griffiths lifted her eyes to the ceiling as if she was trying to think back and remember something. "I think my mother told me that her mother had passed it on to her."

﻿I'll just keep this little secret to myself she smiled. It's good to be with my family and the twins are in their element with the success of their traditional family recipe. 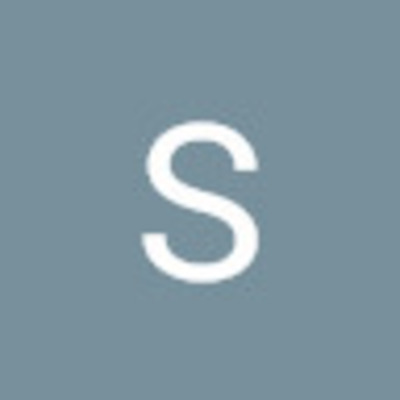 This story brought a smile on my face as I read! The touch of reality makes the story relatable to everyone!