Submitted for Contest #71 in response to: Write about someone investigating a break-in at a bakery. The only thing missing? A very secret ingredient.... view prompt

As detective Frank Russo slid out of his car he pulled his coat tighter, and his hat down lower, against the cold, driving, unseasonal rain.

The flashing lights of the police cars were mirrored in the puddles forming on the road, like a thousand carousels at a carnival.

“Why would anyone in their right mind pick a night like this to break into a Bakery?” he thought.

Showing his badge to the rookie guarding the front door, he gratefully walked inside the brightly lit Bakery.

The Bakery was spotlessly clean and tidy, nothing out of place, and the smell of delicious baked goods wafted throughout the building, reminding Frank of his own Grandma’s house, and making his empty stomach grumble.

The white haired Bakery owner was sitting at one of the small tables with his head in his hands, mumbling to himself.

“I’m so sorry Mama, I did my best to keep it hidden, but now it’s gone. I am sorry Mama, please forgive me!”

Frank looked at the Chief, taking notes not far away.  “What is he mumbling about? What is gone? I can’t see anything that has been disturbed, and the safe hasn’t been broken into.”

“His secret ingredient for his Christmas Cookies, Frank, the one passed down to him from his Mother, which has been in the family for a hundred years.” The Chief explained.

“So where was this secret ingredient, which has supposedly been stolen?”

“Apparently it was written down, and the piece of paper was in a plastic bag, inside a small tin. The tin was hidden under a loose floor board, beneath the carpet.” Explained the Chief.

“Who else knew the tin was hidden there?” Frank asked.

“That’s the sad part, only his eldest son had been entrusted with the secret. So, at the moment, we only have one suspect. His son Vince, has been taken in for questioning.”

Frank sneered, unconvinced about the slick outcome of the robbery.

He went to look at the place where the tin had been removed.

First thing he noticed was the fact that it looked like nothing had been disturbed, except that the empty tin was sitting on the shelf as though it was meant to be there.

Of course it had been dusted for prints, but the only ones they found belonged to the owner of the Bakery, Joseph.

Frank slid into the seat opposite Joseph and handed him a napkin to dry his eyes.

“If I knew the answer to that, you wouldn’t need to be here!

You have to understand, this is a six day a week business. We are open from 9am to 6pm, 6 days a week. That is a lot of work. Busy, hot, untidy work, week in, week out. My son is only twenty-two, he likes to go out with his friends and have a good time, but he is always too tired, so he gets angry with me, angry with the business. Perhaps he told someone else about the tin when he had a bit too much to drink?”

Frank was starting to get the picture. An all too typical story of a business which is supposed to be passed down, but the son isn’t interested.

“Tell me Joseph, is your son a very tidy person, does he keep his own room tidy?” Frank asked.

“What? No of course not! He’s like any other young man his age, his room looks like a bomb hit it! But what has that got to do with anything?”

“You also have a daughter, don’t you?”

“Yes, Adele, she is eighteen , finishing High School this year. We have a lovely young man lined up for her when she turns twenty-one. She loves children, so she will have a big family.”

“What about the Bakery, doesn’t she want to be in the business too?” Frank asked.

“What? Of course not! This is a bakery, not a crèche, this is a man’s domain. Adele is quite happy to be a housewife and mother and let her husband join the family in the Bakery.”

Frank suddenly knew the answer to all his questions.

He told George he would need to talk to his daughter and his wife, at their earliest convenience.

The next day Frank sat in the interview room with Adele.

She was a very pretty young woman, with long black hair and large blue eyes.

She looked very nervous, so Frank offered her a glass of water, which she accepted gratefully.

“Well Adele, can you tell me anything about this robbery? Where were you at the time? Did you know where the secret ingredient was? Are you happy at home?”

Frank offered her a tissue, which she accepted and dried her eyes.

“I hate them all! I hate that Bakery! I hate the stupid man they want me to marry! I just wanted to do something to hurt them!

When Vince told me where it was I knew I had to get rid of it!

It’s gone, I burnt it, the secret ingredient is gone forever! Now maybe they might let me live my own life how I want to!”

“You do know your Father can have you charged with robbery, Adele?

What did you hope to accomplish?”

“I am eighteen and old enough to leave, which I will be doing as soon as I get a little of my savings together. I want nothing to do with that Bakery, or my family anymore! If he charges me, so be it!”

Unknown to Adele, her Father was listening outside the interview room.

He was in shock.

“She has ruined me! Destroyed the secret ingredient and leaving the family! She is no longer my daughter!”

He turned and swiftly walked out of the Police Station.

A week later Adele had packed her things into a suitcase and booked a train ticket to the end of the line.

Joseph and Vince opened the Bakery again, as though nothing had happened, but within the year Vince had walked out. He moved to the other side of the country with his girlfriend, never to be seen again.

Joseph and his wife had to run the Bakery, which made them a lot closer.

The Bakery thrived and Joseph eventually hired another apprentice to take his wife’s place.

“I would like a lovely brown, grain loaf if you have one left. And do you have any of those lovely Christmas cookies at the moment? They are the nicest cookies I have ever tasted! I only wish I knew your secret ingredient!”

For a few seconds Joseph couldn’t talk, as his eyes filled with tears.

Wiping them away swiftly, he turned to face his customer.

“Good morning Mrs Smith, yes we still have some grain bread left, but I’m sorry we don’t have any of those cookies this year. We are trying out a new recipe, which we think is delicious. If you come back next week we will have them on sale for you to try.”

“Thank-you Joseph, I’ll be back next week!”

Joseph had been experimenting and found a recipe for his Christmas cookies which was different to any other, and tasted delicious.

He was the only one who knew the secret recipe, so he wrote it down and put it in a plastic sealed bag in a tin, beneath the floor boards, for safe keeping. Then he promptly forgot all about it.

The recipe is probably still there, but the Bakery is now owned by Joseph’s younger brother who has no idea that Joseph had a secret recipe, but he makes the nicest Christmas cookies in the County! 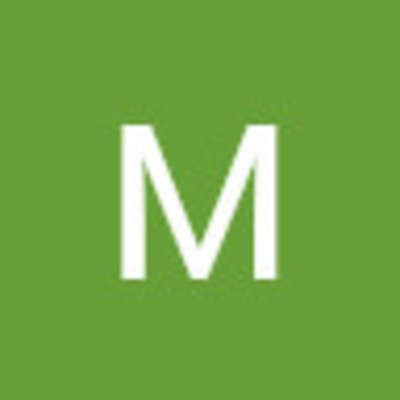