Submitted for Contest #71 in response to: Write about someone hosting a cookie exchange as a cover to hide the true reason for inviting one of their guests.... view prompt

The last sliver of sun dipped behind the trees. Anna sat and watched. The glow in the sky lasted only minutes this time of year. The world was decorated for Christmas. Somewhere out in the distance she could hear carols being played on a radio. So many memories from being a girl danced in her mind. When the memories faded, they took with them her smile. Only then did she realize she expected to not be alone. Why tonight was a mystery to her? What had she expected?

Anna had been alone for weeks. Occasionally someone would drop food off outside, but they never came in. Once she tried to talk to the person. The man very nearly tripped over his own feet while trying to run away. That was the last time he brought her food. She had other friends who would bring her things. They couldn’t imagine what she was going through, they said. After weeks she reckoned they were right. Her body was fine. Her mind was not.

She watched from the window as cars navigated through the neighborhood. The lights from the homes twinkled. People unloaded gifts and greeted each other with smiles and hugs. Anna watched. Christmas wasn’t but a few days away, yet her home stood unadorned. No lights of joy. What was the point? No one would come even if she took the time to decorate. She could be perfectly alone, with or without the ornaments.

Anna liked the decorations. She had always enjoyed looking at the lights. Having people around and the smell. Christmas was an amazing time of year. This year it was not. No one had invited her to their home or offered to come visit. Sure, plenty of people had asked about her health and how she felt, but they were almost compelled to. They listened to her answer just long enough to seem polite and hung up the phone, closed the email, deleted the text. Here she sat watching her world grow dark while the outside world danced into the night.

The ache of loneliness bit her stomach and forced her to her feet. The house was growing smaller and the only way to keep it from closing in was to pace. Anna walked the length of each room as she completed lap after lap of the house. The feeling in her stomach only grew more intense. She had to leave, had to get out. Leaving was frowned upon. If anyone knew...well, what would they do? She wasn’t sure.

Her friends and family all knew she had the ick. Most of her neighbors probably knew, too. But she had to get out, and their disapproving faces would have to be her punishment. It had been weeks since she had driven herself anywhere. The sensation of driving was almost overwhelming. By the time she readjusted, she had arrived at a friend’s home. The light glowed, and through the window her friend sat with her family. Each face adorned with a smile. Anna took a deep breath and knocked on the door.

She sat in her car, staring blankly out the window. Her friend hadn’t let her in. She had only told her through the door she was sorry and that Anna needed to go home. The gnawing in her stomach grew. She had known what would happen, but had hoped her friend cared more about her than the ick. She did not.

Anna drove to two more of her friend’s homes. Neither of them let her in either. One friend threatened to never speak to her again if she didn’t leave immediately. Now Anna drove home. She was numb. The passing lights of other cars only briefly held her attention. Just enough that she didn’t crash into them. The world seemed strange to her now. Something alien that didn’t belong. She was the one sick and everyone expected her to think of herself second and them first. These same people were healthy and thought it virtue to think of themselves first and her second. They had to look after their own health, after all. She was responsible for looking after their health as well. Anna’s gut wrenched stomach sank into a pit when she realized that she had to look after everyone else’s health and let those people ignore her mental and emotional health. It was cruelty sharpened to a fine point. She pulled her car into the drive.

The next morning Anna had an idea. If the people in her life wouldn’t welcome her into their homes, perhaps they would join her if she invited them. She knew it was unlikely. But there was hope, and that helped shrink the growing pit in her stomach.

For the next few hours, Anna baked. Cookies were her favorite, and sharing them with people brought her joy. The house filled with the smell of cookies. Warm memories from her childhood. While the last plate was cooling, Anna made calls to friends, inviting and enticing with treats. After each call, the cookies cooled more and the pit in her stomach filled with ice. No one. No one would come. There were plenty of well wishes and rain checks and many other pleasantries, but not a single person accepted. Anna cried.

She had been a fool. She knew what would happen but hoped for something better. There was nothing better. Her friends wouldn’t see her, they wouldn’t even fill their bellies with sugar. She sat alone and dialed one last number. Anna’s dad answered. She had no warmth left to put into her voice, but she tried to sound happy. She wanted to sound inviting. A brief minute later and she hung up the phone. Dad was always a worrier and didn’t want to risk the ick.

Anna sat back to the wall. There was nothing left to her hope now. She was alone. No one cared. They claimed to, but no one put action to their words. As she cried, she dug her fingernails into her scalp. The tips came out red and wet. Time slipped away. The cookies went stale and the blood on her nails dried. She was a pariah to all who knew her and lived in a prison of get well soons. 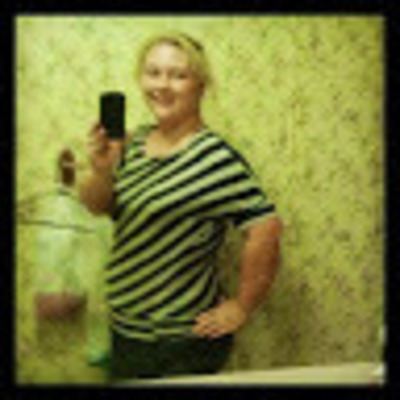 your story is well written and so sad because there are so many who are more than likely going through this exact thing right now. makes me want more to this story, I want to know who the mystery guy is that was delivering her food and if she gets her smile back.