It was yet another evening, sunny and cool, lush green trees swaying in the breeze. The park was almost empty, the footpath reflected the rays of the setting sun, casting a glow on the row of houses arranged across the street.

It was just the way Rita liked it.

She was on a stroll outside, trying to enjoy the tranquility, grateful for the peace. This was something, she liked to think, that rarely came her way. Nothing like a day when you’re left to your own devices, free to spend your time the way you want.

She didn’t realize that she had strayed away from her neighborhood, entering a place she hadn’t been to, before. She’d moved to her neighborhood only a week ago, so she’d never really been to many places around here.

A carnival was set up by the willows, people streaming in and out. A sweet aroma wafted in the air all the way to Rita. It didn’t take long for her to grasp what it was. Cookies! Cookies that smelled so delicious, so welcoming, that besides her dislike of crowds and unknown places, Rita was compelled to plunge into the carnival grounds.

As she made her way to the store beside the Ferris wheel, the bare smell of freshly baked cookies pulling her, she dug into her pocket. Perhaps she had a little bit to pay for a few?

She moved through the bustling crowd and joined the line of customers. She couldn’t help looking at the cookies set up for display with a sudden pang of hunger. She absolutely loved cookies, and here they were. Chocolate-chip cookies, sugar-coated cookies, shortbread cookies, macaroons, you name it. There was virtually every type of cookie you could imagine.

When her turn came, she selected chocolate-chip: her favorite. On her walk back from the store, she held the unopened package firmly. She rarely ever had cookies. No one in her family did. Not since her grandmother, Olivia Adamson passed away a few years ago.

Rita’s late grandmother had always seen family gatherings as an opportunity to bake several batches of cookies. She always made steaming hot cookies, scrumptious to the last bite. She would bake enough cookies for everyone to take home. Her baked delicacies were rare and special, for, she made them from a recipe no one knew. That recipe was never written down. Olivia would recall the recipe entirely from memory while baking. Only she knew it without fault as she was its inventor. She was called ‘The Connoisseur of Cookies’ by her family, and her signature cookie had acquired the name ‘The Delectable Delicacy’.

Ever since she had passed away, cookies were considered almost out of bounds in the Adamson family as they would remind them of Olivia Adamson and her recipe, that everyone still missed. Rita didn’t like that taboo. Why couldn’t they think that having cookies would honor Olivia’s memory instead?

Rita scanned her surroundings, searching for a vacant seat. She found one, next to a competition booth called ‘Making the World’s Biggest Cookie’, or something like that. She made her way to the seat and sat there, having her cookies as if she had been famished. How long it had been since she’d tasted one so appetizing!

There was a lot of commotion in the competition booth next to her. A group of four kids her age was trying to bake some cookie they called the ‘World’s Largest Cookie’. Funny. Didn’t they know the largest was actually over 100 feet wide? Theirs would be hardly a portion of that. Silly kids! Trying to think they could beat it.

When Rita was done with her snack, she threw the cover into a nearby bin and walked back home. Seeing those cookies and bakeries had ignited a flame inside her. She remembered her granny’s cookie. It was certainly something the world needed to see and taste. And she would not let it go in vain.

She, Rita, would try to bake a batch of ‘The Delectable Delicacy’, using solely her memory.

It wasn’t completely impossible. A distant memory surfaced in her mind: watching her grandmother bake those cookies when she was barely four years old. She still wondered why her grandmother had allowed her to watch her prepare the ‘secret’ dish. Perhaps her grandmother had thought she would be too young to remember, or had hoped she would continue the tradition after her time.

Well, Rita very much remembered what she’d done that day, and hoped that memory would be good enough for her to get started.

At home, she waited until everyone was asleep. When she saw a chance, she crept to the kitchen where she hoped to find the ingredients. She was fortunate the recipe didn’t have any unusual ingredients. They were all you would find in an ordinary kitchen. The outcome of it, though, would depend on how you made it.

It was imperative no one woke up. If they did, her plan would surely go for a toss. She moved to the row of ingredients. She had to be careful not to disturb anything that would create a domino effect. Her breath held, she flashed the torch on each item, trying to recall which ones went in and which ones didn’t. She knew what to use while baking normal cookies, like the spatula, a couple of bowls, cookie sheets, and so on. Though she hadn’t ever baked cookies, knowledge flowed in like it had always been there.

It took a lot of time for her to gather everything. Mainly because she had to think really hard. When she had congregated everything she wanted, she opened the windows to let the cookie fragrance drift away. She began mixing the ingredients, haltingly at first, but quicker when she got the hang of it. She decided to try one batch at a time. There was no saying how this would turn out.

It took longer than she’d thought it would. The ingredients were disproportionate one time, the cookies came out burnt another time, and something went wrong with the dough the third time. Each batch had some or the other flaw, and when she tasted them, they didn’t feel like her grandmother’s well-renowned baking.

She was weary with exhaustion when she arranged another round of ingredients for the next batch. This was her fourth, and she didn’t want to admit it could turn out like the others. A part of her wanted to give up and call it a day, but something told her to keep going. She couldn’t afford to give up. Giving up would mean losing the recipe for good because she was certain her exhaustion would make her forget everything the moment her head hit the pillow.

All of a sudden, her grandmother was standing next to her, encouraging her to keep going. Urging her to continue. Rita could see in her eyes, that she was almost there. Seeing her grandmother beside her gave her newfound energy and strength. She would make it. Yes, she would.

It was past two in the morning when she placed the fourth batch of cookies in the oven, with bated breath. She watched it turn brown and harden as the moments flew by. Her grandmother was still alongside her, waiting, too. When the batch was done baking, Rita almost ripped the oven door apart with her zeal. She pulled the tray of cookies out, her heart thumping. This batch didn’t seem to be like the others. She could admit they almost ‘shone’ with radiance. She didn’t wait for them to cool. She pulled one and took a bite from it. The heat scalded her mouth, but she didn’t feel it at all.

This was none other than ‘The Delectable Delicacy’. Rita had got it right.

“I got it, grandma, I did it!” she turned to her grandmother when she realized it had been a figment of her imagination. Her grandmother wasn’t really there beside her. Only in her memories.

But she, Rita, had made it!

Rita didn’t know how she had managed it so well. Maybe her memory indeed was strong even after all these years. Or maybe imagining her granny, the creator of this recipe, had instilled in her the might to accomplish it.

If her grandmother was there, she would have been proud of her. Very proud.

Rita found herself the new ‘Connoisseur of Cookies’. She had given first, her parents a cookie each, of what she had managed. They were astonished beyond belief when they tasted it. The news traveled fast to her relatives and family, that ‘The Delectable Delicacy’ had been unearthed again, thanks to Rita. And this time, it had new touches. Touches that made it truly unique.

To Rita, this was something that would make her grandmother live in the memories of her family, though she wasn’t still alive. She sensed this signature cookie had a lot more coming in the future.

Rita could picture her grandmother in her mind, saying with a smile: “Well done, Rita. Very well done.”

Amazing story Akshaya! The idea of instilling her grandmother as a figment of her imagination to motivate her was unexpected but a great addition to the story. Only thing I'd ask is macaroon or macaron? Honestly, in that context, it doesn't matter, but for future reference and so you know, you might want to make sure you're referring to the one that you want to. Well done!

Thank you so much, Zoe 😊 Yes, I suppose I shall have to make sure next time, that I'm writing the right one. Thanks for the tip!

Thank you so much, Akshaya :)

Hey Akshaya! If you wanted to say anything, I made a new thread since this one of your stories doesn't have that many comments :) And also, I can't 'tag' you or something on my own story, so, this should come up as a notification for you :)

Hi Sythe! Sure, we can use this thread for a while! And after that, I could maybe start a thread on one of your stories, too, and we can talk there the next time we want? :)

Sure, I just thought it would be easier if you had started the thread on mine, since then you wouldn;t have to look for it. If you want, we can always just chat there, but you'd have to start it so I could see the noti, tho! 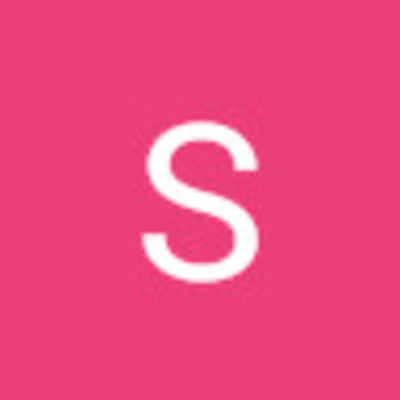 The attention to detail in your stories is mind boggling. I love the way u have woven this one! Kudos

Wow, Akshaya this was super good. Loved the way you made Rita believe in her self. It all flowed really well together! Again great work;) Keep writing!

Thank you so much, Varsha :)